Railtruck for the Durango & Jasper

I’ve been gathering stuff to build a roughly bashed together railtruck based on a 1926 Mack truck with some freight and some passenger capability (i.e. a railtruck combine-ish sort of hack). 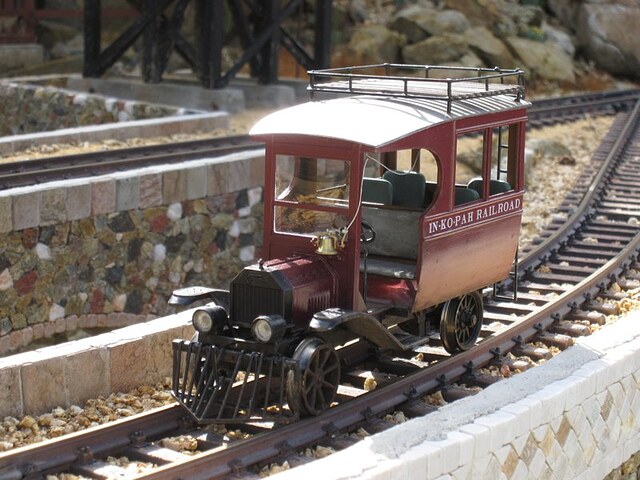 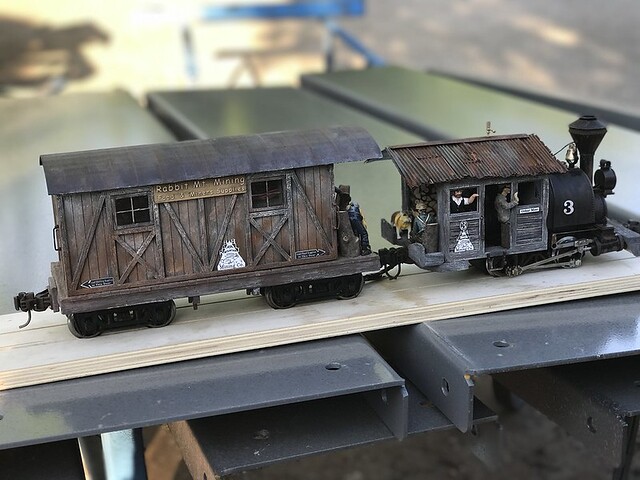 Hollywood was gracious enough to send me a Mack truck model I can use for this bash: 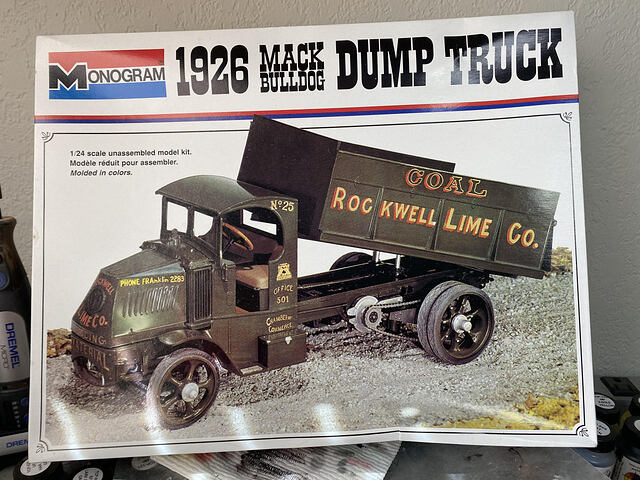 I had already built one of these [link] and hope I’m ready to bash this similar model into something that actually runs. 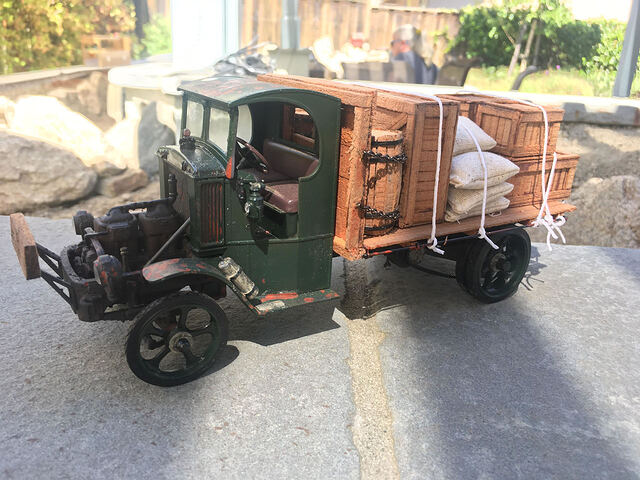 Boomer pointed me to an eBay seller that had a Northwest Short Line #1 gauge Magic Carpet drive, and I’m hoping to use that as the motive power. Right now I’m struggling a bit with how to integrate that, and a regular truck, with the frame of the Mack truck, as they are similar widths. Hopefully I’ll figure that out soon. 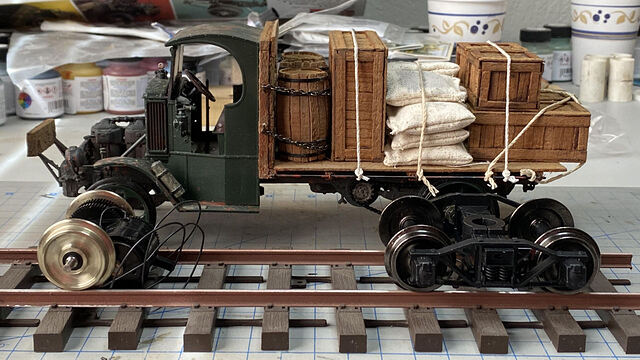 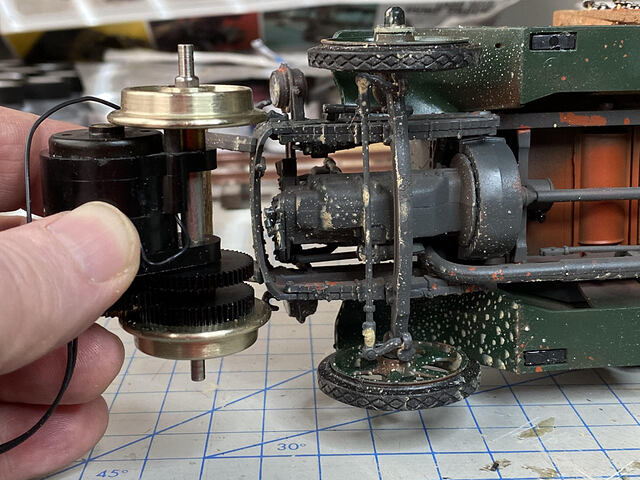 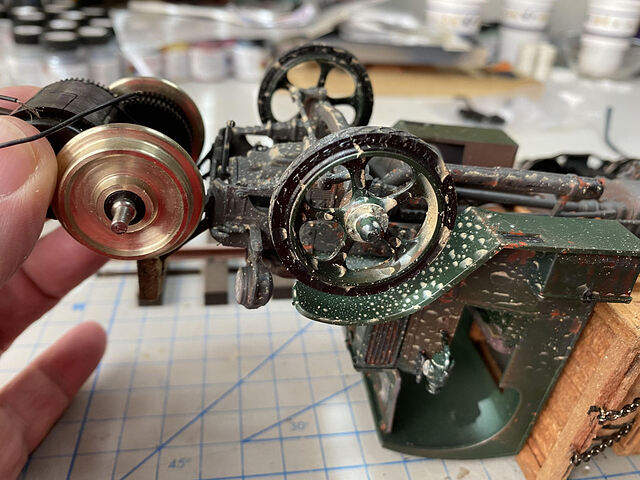 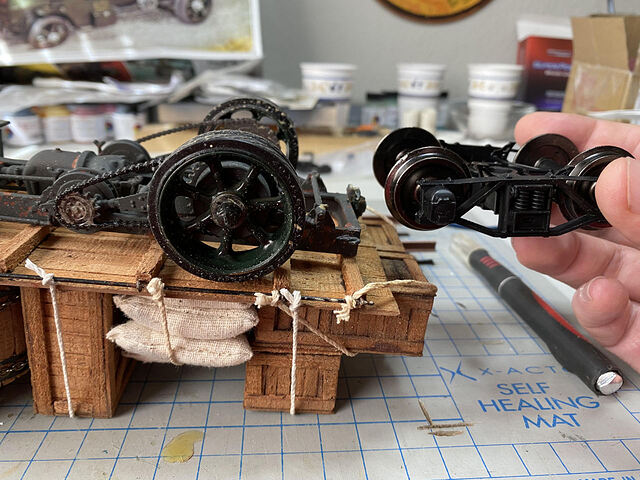 It would also be great if I can have a chain drive (maybe not actually doing the “drive” part but at least animating, and I’m experimenting with a MicroMark set of sprockets and chains: 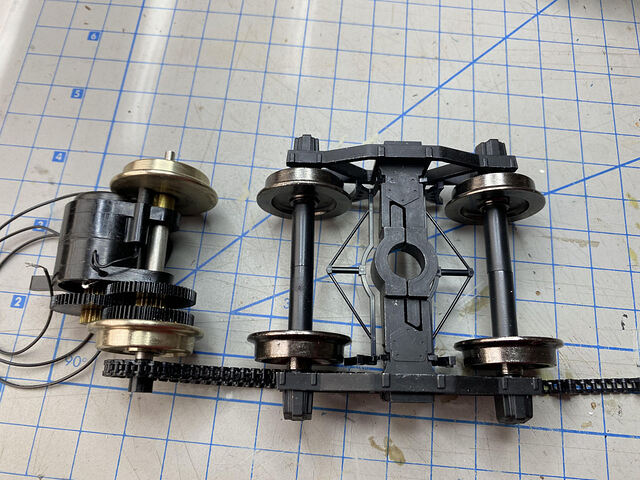 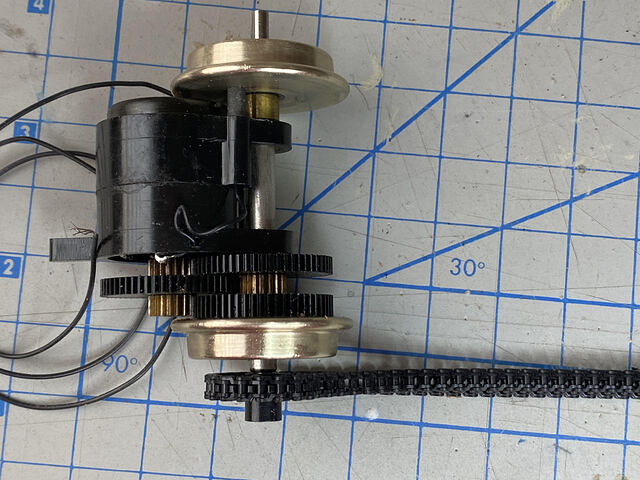 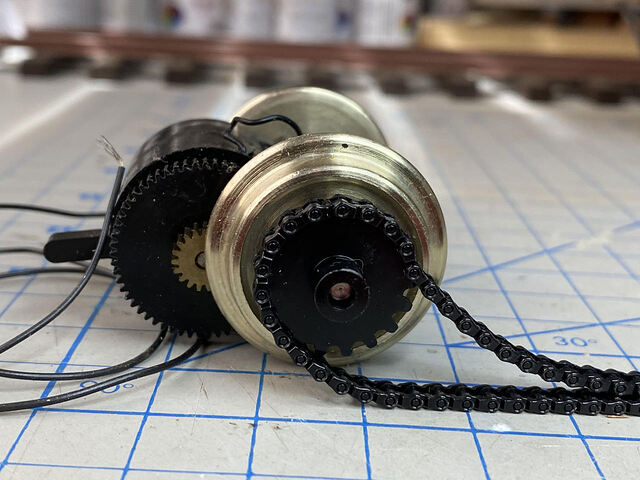 Wish me luck! Suggestions are welcome!

Does the frame widen for the cargo bed? Or could you more easily hide with sideboards, a load, or whatever, modifications to the frame to all you to mount the drive? Either could enable you to put the driver under the bed and the truck up forward. It might look “off,” but it could simplify things, to include the simulated chain drive.

I say this, of course, as one who has yet to master the art of the straight cut!

Isn’t this were the drive wheels should go ?

Eric: Sadly the frame on each side is a continuous length of “metal” with no wide spots. I may just build my own frame and make it narrower and/or build journals out to hold the wheels in place. May not use the full truck on the back. Not sure. I’m kind of mentally set on having the 4 axles be on the back, not the front. It just looks better to me…

Sean: You are very right. The sprocket should have been shown on the 2 axle truck but it isn’t possible to see much (nor is it possible to fit the sprocket inside the truck. So I just stuck it on the single axle driver. This means that the chain drive will just be for show and won’t actually be part of the drive mechanism. I can live with that.

Jim, good luck with your build, I have now doubt we will see and completed project in the near future, Bill 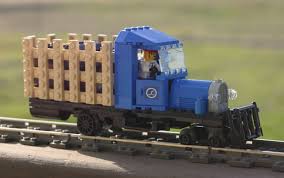 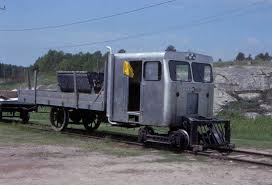 Sean: Yeah, I am probably being difficult but it just isn’t my cup of tea. I’m at least going to try putting the 4 axles in the back for now and see what happens. I may end up bitterly disappointed. We’ll see…

I have faith in you Jim

don’t forget to plan for a chain-tensioner.

when the rear truck can swivel, the needed length for the chain will vary.

Thanks Korm. I’ll think about that. I’m currently thinking about not having anything swivel. Not sure if that will work.

Usually were the load is you would want the drive wheels ( traction ) … The load in the back would make the front lighter … hence the drivers in the back with the load pushing down … just saying…(https://www.largescalecentral.com/externals/tinymce/plugins/emoticons/img/smiley-laughing.gif)

2 single axles would not have to pivot, but a 2 axle truck would need to pivot in order to go around curves.

Jim, here’s what I did with my track Inspection Woody. Most “real life” rail trucks, cars, etc. had the drive wheels in the rear with the pivoting truck in the front. Most vehicles that were converted to railway use had an motor in the front with a drive line to the rear wheels. Having the pivoting truck to the front may help tracking ability. Good luck Jim, looking forward to the conversion.

Thanks all. I may rethink…

Jim, here’s what I did with my track Inspection Woody. Most “real life” rail trucks, cars, etc. had the drive wheels in the rear with the pivoting truck in the front. Most vehicles that were converted to railway use had an motor in the front with a drive line to the rear wheels. Having the pivoting truck to the front may help tracking ability. Good luck Jim, looking forward to the conversion.

I like your Spare wheel, even a doughnut size!

Unless you are shooting for authentic and then it really should be in the back. But inamngood with what ever you do. It’s your railroad and it’s right if you say it’s right.

And for the two axle truck no matter where you put it it will need to pivot.

OK, I’ve decided to go with the double axle truck in front and single axle drive in the back. Partly due to the overwhelming evidence, partly because I can’t quite figure out how to do the double in the back as the drive. So, still struggling a bit with how to do the drive with an animated chain drive. These pics show where I got to today. Note that the drive is not really in the proper orientation. I need to add another doohickey to hold it in place, at a shallow angle. 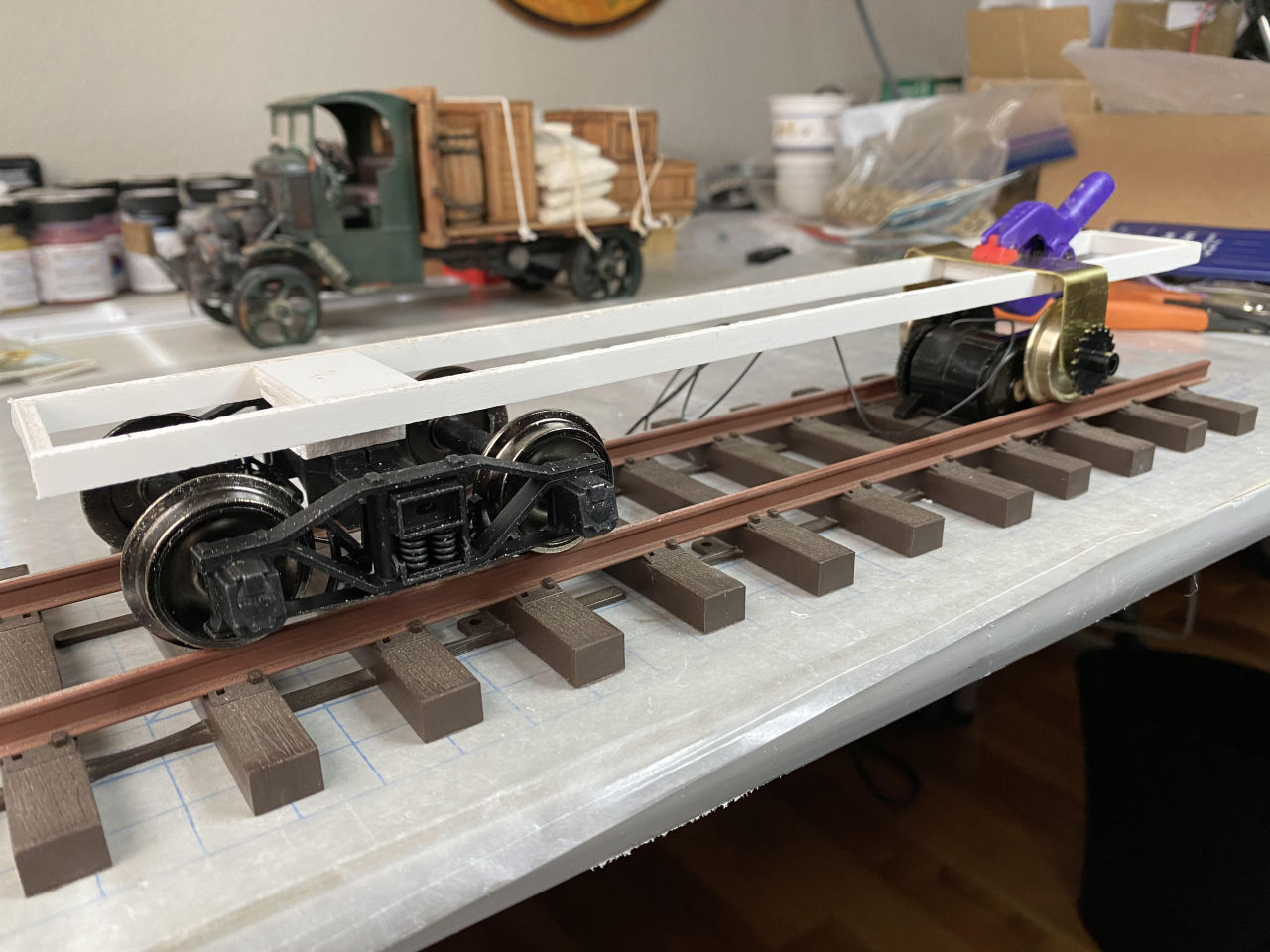 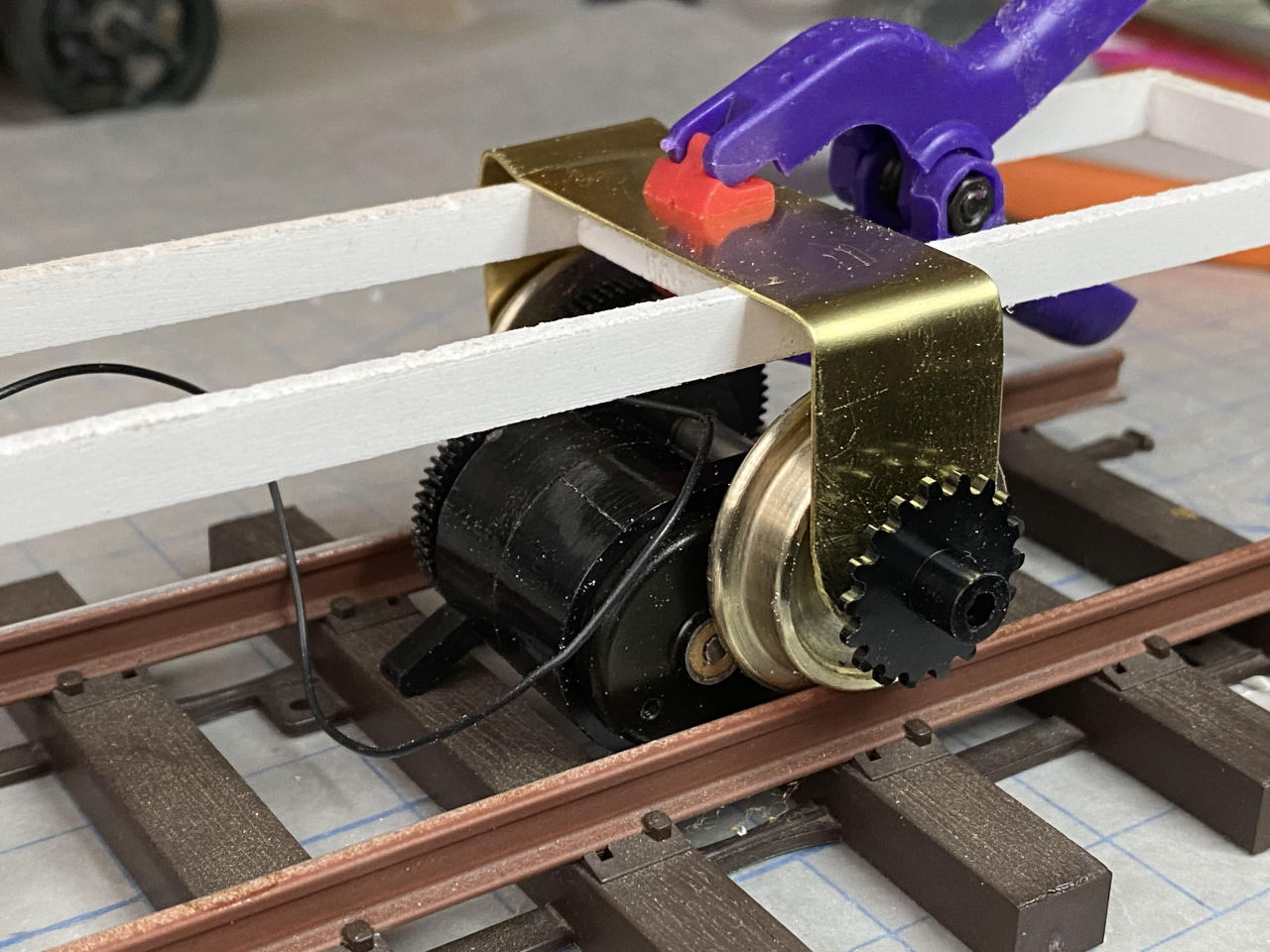 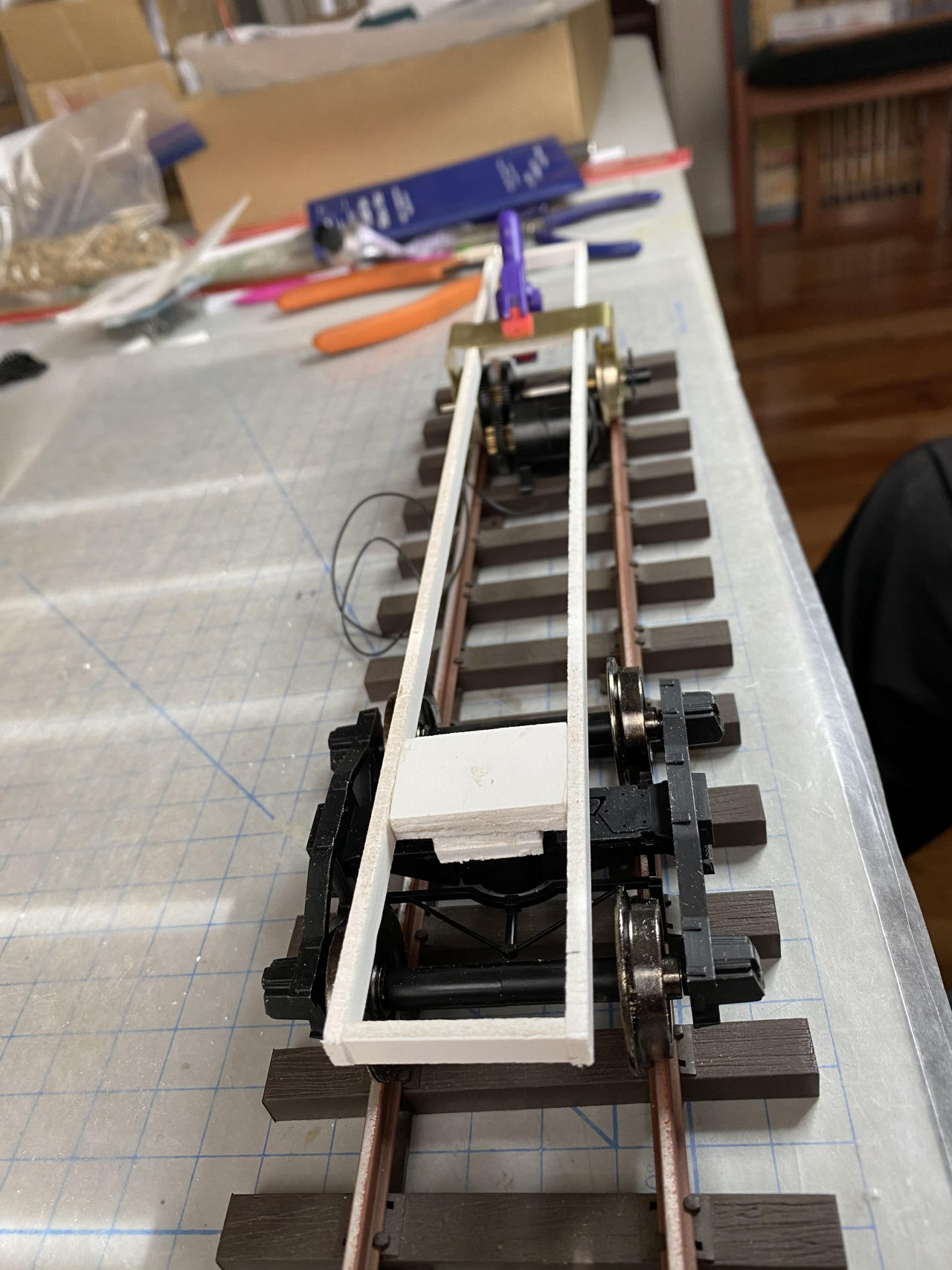 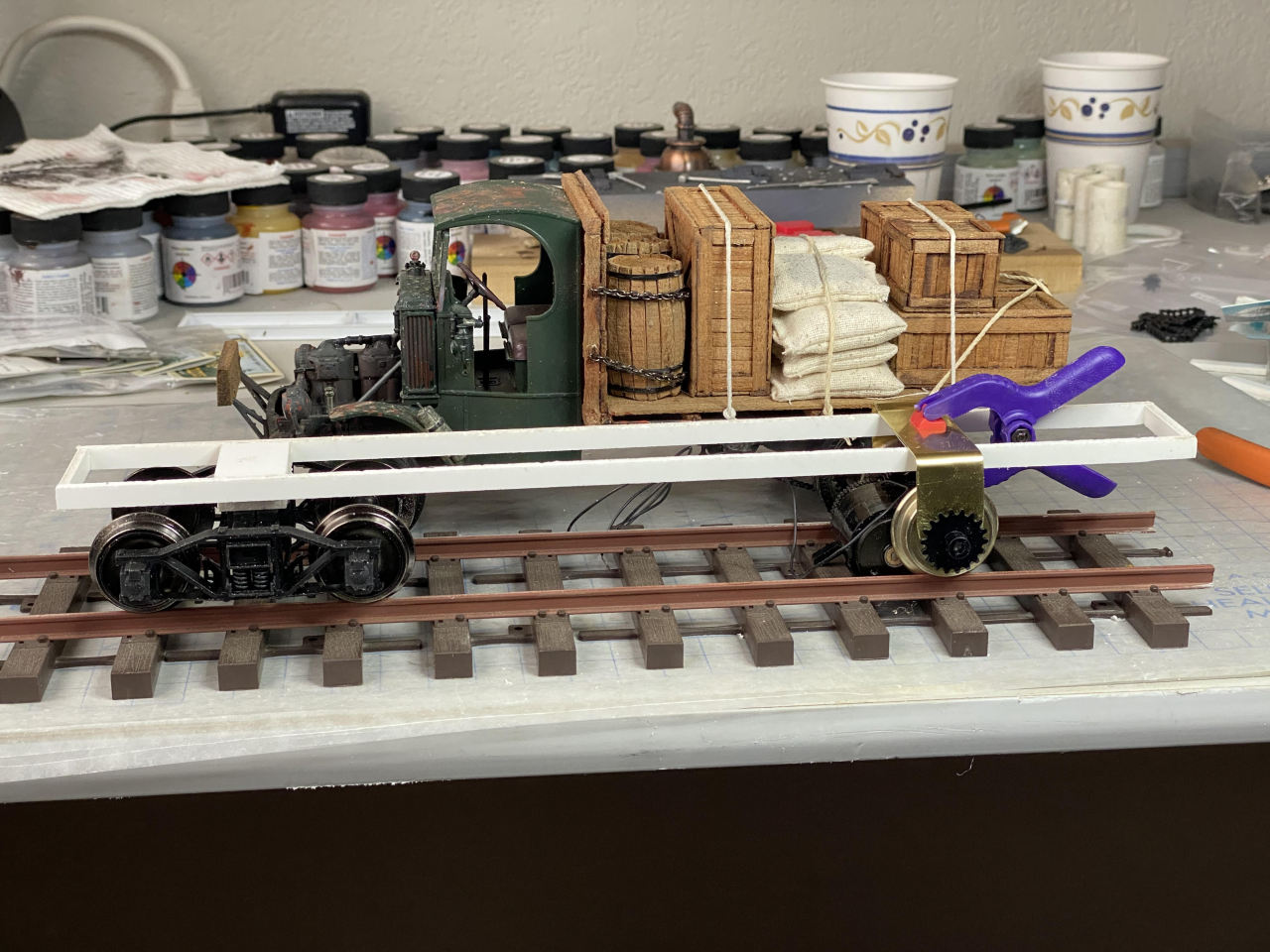 So, the approach here is to create a semi-hidden journal that is very thin (the brass dingus) that holds the drive in place and is a really rough bearing. The sprocket then sits outside the brass journal dingus. Some folks (who will remain nameless) have encouraged me in this mad plan, saying that since this won’t be pulling any kind of load this pseudo journal will be perfectly ok.

This has the advantage that it is using stuff that is laying around in my stash of stuff. The white frame is PVC (thanks Rooster, still using that stuff you sent me). It cuts surprisingly well (though rough) on my bandsaw. Probably should be using a table saw but I don’t seem to have one…

We’ll see about whether this works as I take the next steps!

I think your motor is hanging a tad low…