This year our family group headed north up the N. Fork Coeur d’ Alene river. Myself, brother and two nieces with their hubbies. 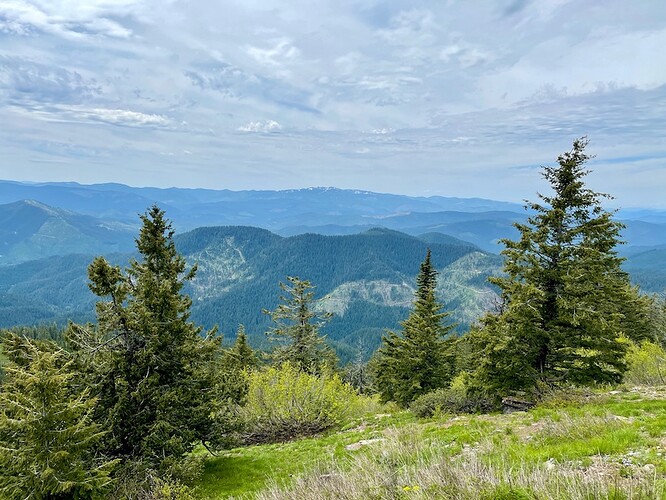 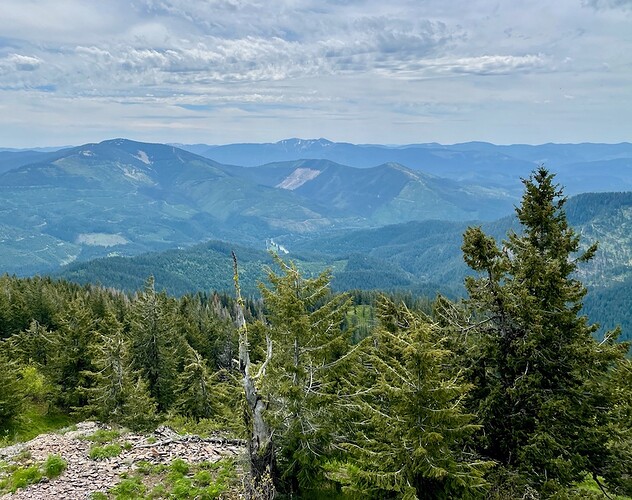 You are up in Devon Sinsley’s corner of the universe. Beautiful scenery!

Yes, Devon has probably fly fished the N. Fork. It is a world class stream with trophy Cut Throat trout. Barbless hooks, catch and release only.

Super cool. Did you use a rental place, or is your clan just into off-roading?

We camped on the N Fork for 5 days near Cataldo, ID. with our campers, trailers, etc. Had good campfires, food and tall tales besides riding.

(Your photo inspired me to check ATV rentals in Carson City… for a full day, around $650, but they deliver and retrieve it from your trailhead).

But sounds like y’all just own them and the trailers to haul them, which is awesome!!

Cliff, we own it all. We have been exploring the back country for almost ten years now.

Wow, you get the Dude Award

Yes, Devon has probably fly fished the N. Fork. It is a world class stream with trophy Cut Throat trout. Barbless hooks, catch and release only.

Its my stomping grounds. That and the St Joe River. I am blessed as a fly fisherman to have two of the best fly fishing rivers in the world out my back door. I have posted a time or two on some of my N Fork adventures.

North Fork of the CDA River.

We were camping in a meadow near Big Hank on the north fork a while back. Two guys in full fly fishing regalia were walking along our side and asked permission to walk thru our campsite. (That is an unwritten courtesy for all camp sites). They stopped to chat. One was the guide and the other his client. His client said he has fly-fished the world over and this was his first time on the NF. CdA.
And he was very impressed!

Yes it is an unwritten courtesy to ask to walk through someones camp. I always do.

As to the quality of fishing I really have to hand it to the Fish and Game Dept when it comes to both the NF of the CDA and the St Joe. As one who has fished them for 40+ years I have seen the change first hand. There used to be rainbows in those rivers and they out compete the cutthroat for food. In the upper reaches there used to be brook trout that were devastating to the cutthroat fry. First on the list was the brook trout. They encouraged people to fish them out with high catch limits and basically word of mouth to fish them out. I don’t know if they used other means but I do not see ANY brook trout in these waters anymore. And then they stopped planting rainbows in the mountain lakes and switched to cutthroat. They also, for awhile, made it catch and release for all cutthroat but let you catch and keep the rainbows. That pretty well took care of the rainbows. I no longer see any rainbows and I would say I see very few cutbows if any (hybrids) anymore either. Then they adopted a catch and release policy on the entire river for cutthroat. The results have been a phenomenal success. In the 40+ years I have fished it I have never caught the quantity and quality of fish I am now through out the entire river system. The bottom line is that there are more cutthroat and those fish are living to maturity.

I took a wrong turn this year fishing the NF in a place I had never fished before which is the confluence of Teepee Cr and the NF. I had fished just above and just below it but never walked that 1/2 mile or so where they meet. Somehow I missed the main river coming in thinking it was a split around an island instead of a diverging river and ended up fishing about a 1/2 mile up Teepee Cr. It didn’t take long to realize I was not on the river when it narrowed down to much smaller than what I knew the river above looked like. But I was catching fish so why stop. What amazed me the most is that in that tributary stream there was swarms of very healthy and large cutthroat. So it tells me they are retaking their former stomping grounds away from especially the brook trout which were mainly in these tributaries. I got one very special fish that day and didn’t have my phone to take a picture. But I caught a 24" cutthroat that was as big around as my forearm. It is one of the largest fish I have caught on a flyrod if not the largest.