Just picked up a C-19 off market place for a pretty reasonable price. It is missing both classification lamp covers. The bases and LEDs are there, seller lost the covers and could not get them from Bachmann.

I would prefer original covers, but if I can’t locate them I’m not against trying to modify a casting to fit. Actual size of available lantern castings would be helpful. I can measure the exiting covers on my current C1-9.

I can’t help on the original covers but I have a boatload of Ozark lamp castings, there may be something there that would work. Show me a picture of what piece is needed and I will look over my casting supplies.

Thanks Rick. I’ll get some pictures later tonight. 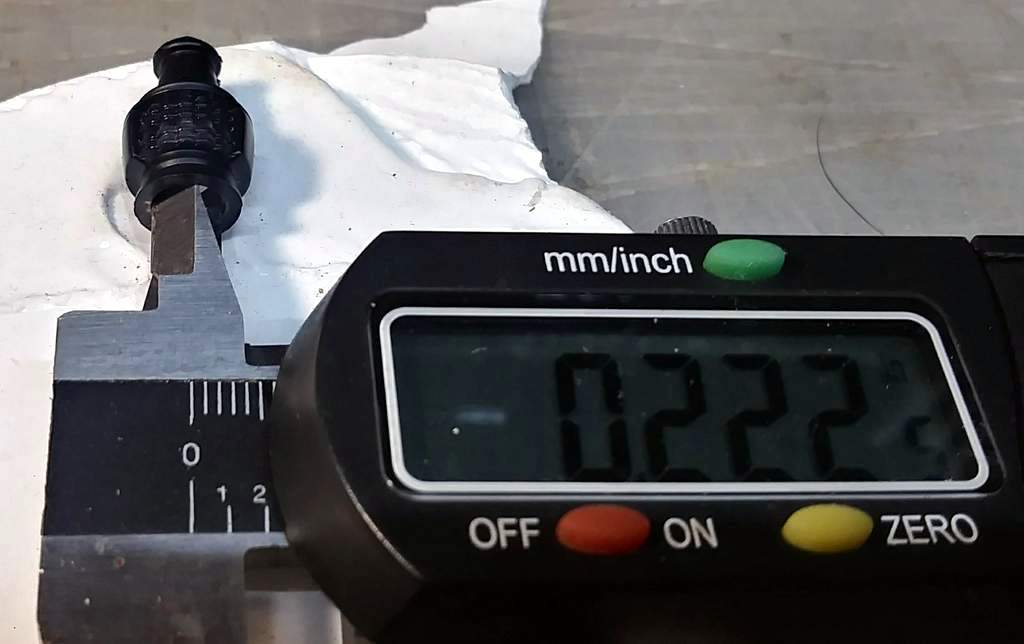 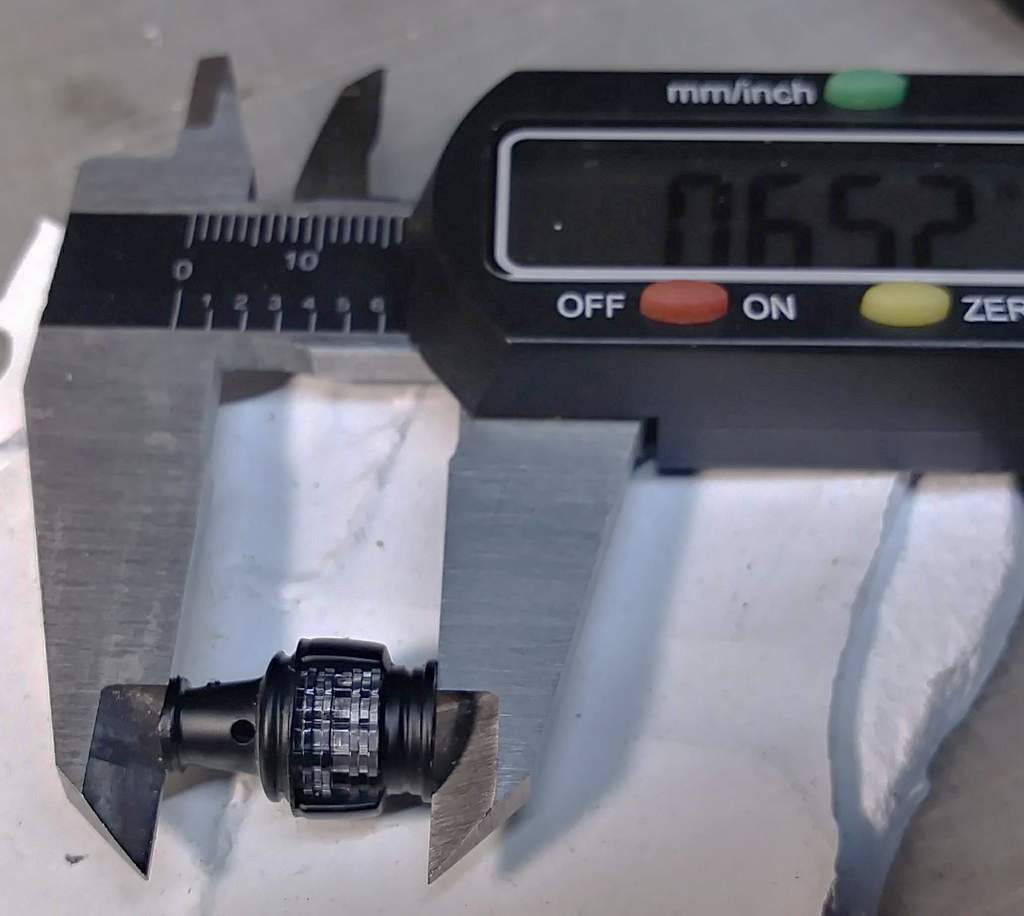 And this is the loco I purchased. Guy never said anything until I mentioned they were missing, but I stole it…

I’ll look tomorrow and see if I have anything that might work for you.

Thanks Ric. I decided to check Bachmann Parts myself. They appear to be included with the boiler door assembly, but unfortunately, that IS sold out.

No easy way to get the correct part unfortunately. could 3d print the body but the lens is the kicker ( I do not stock clear resin and the amount need is minimal.). not a part that easily comes off either. to the best of my knowledge there only ones commercially available was replacement parts for Berlin RGS 20. and are probably impossible to find. I would thing the Bachman k27 ones would fit as well but have not checked.

These are pretty similar to what’s on the C-19. You may have to drill out where the lenses go to have the lights work. I’ve done that with a few caboose marker lamps.

In case anyone is at all interested; no-matter which classification lights are used, they should have only one colour of lens, depending on the train the locomotive is heading up, and would only be lighted at night.

The saying is, “Flags by day, and lights at night”. Of course I’m speaking of “General operating rules” practiced by most railroads…but there are always exceptions…that some well meaning reader will take me to task for.

Green lenses/flags indicated a following section(s) of a train, and white indicated an extra train, not on the regular time table.

Seldom did most class lights include red lenses, which would only be used if the locomotive was running in reverse, at the tail end of a train, and then the lights would be acting as “Marker lights”. Usually if marker lights were required (Red lights/lenses) they would just hang a pair of marker lights on the pilot, or red flags by day.

Locomotives on regular trains, on the time table would not have flags showing, or class lights lighted, unless there was a section(s) following.

Model manufacturers usually put red and green lenses on their locomotives and wire them with the headlights, just to attract attention for their purchasers, who in all likelihood haven’t any idea what those “Classification lights” were for…and usually call them marker lights…

Like I said…most don’t care…I am only posting this information, for anyone wanting, or attempting to properly model prototype practices, and as long as you are happy…it is your locomotive…do whatever you care to…

Modern operating rules have changed drastically. Few new locomotives even have class lights, and marker lights have been replaced by flashing lights on rear end monitors. Some/most new locomotives may have red lenses somewhere, just in case they are running/pushing on the tail end in control of the locomotive on the head end. You just might see the odd switching crew out on the main line, with a red flag jammed into the rear coupler of the last car of the train…for a very short distance move.

If any operating people, working for a real railroad are reading this…please feel free to correct any mistakes.

Either style can be drilled for the lights to show. If interested just let me know

@Fred - Thank you for that little bit of railroad history. Fortunately, Bachmann made the class lights on teh C-19 switchable. As was the practice of the EBT during the tourist era, all CVSRy trains run as Extras. I do have white flags on the pilot, you can just barely see the edge of one in the first photo of the smoke box. My class lights are selectable on or off from my remote. I admit, that at times I do run them during the day!

@Rick. That looks like one of the few options. I’m willing to give it a try if you want to send them. I’m more than happy to send a few bucks your way - you seem to always be the one to step up and help me when I am in a jam for parts! If only I could find the Shay drive shaft covers you sent me a year or so ago! I remember getting them, but they needed to have the screw holes enlarged to fit the new trucks. While waiting for that to happen, they were misplaced (https://www.largescalecentral.com/externals/tinymce/plugins/emoticons/img/smiley-cry.gif)I’m not sure which one I should choose. The one Ken shows mounts the same way if it can be drilled to match. Maybe both?

@Jason - I may have those! I like the brass castings better than white metal, but the look a little small.

@ Al - Thanks. There might be some other options to printing the lenses. I’m not worried if they don’t look perfect in a close-up photo (https://www.largescalecentral.com/externals/tinymce/plugins/emoticons/img/smiley-sealed.gif)Let me see how the castings might work and I’ll let you know. The do come off fairly easily. They are not glued, but interference fit. Forcing a thumbnail into the joint at the base popped mine right off.

Now I sit back and hope the locomotive arrives. We had a somewhat confrontational text message exchange during the process. Seller didn’t understand that when I offered his asking price if he covered shipping, that he had to pay the shipping! He also didn’t realize PayPal was going to take a cut, so he’s netting $75 less than he thought. I offered to pay the fee, but he said he would chalk it up to a learning experience. I still haven’t received any tracking info, but he did say it might take a few days to get it shipped. I’m a bit gun shy because I’ve had quite a few disappointments buying off Facebook.

A little time on Google and I leaned that this style is fairly unique to the D&RGW and is called a Handlan Radial Class Lamp. Armed with that and adding Fn3 to the search I found these on Shapeways for $25 in brass or bronze…

AND he has the lenses on Shapaeways too for $10

I am going to try and contact the designer to see if I can get some sizing detail.

Thanks Al. The only problem is that these are the electric style. I may ask if he will add an alternate file with the chimney. If not, maybe I’ll take the ones off #8 for #345 since it is the older look with fluted domes. My #8 has the more modern rounded domes.

Not that I should even consider another project, but I wonder what it would take to bashthe 345 to 315.

I have been looking at that possibility and have been slowly working in that direction. to make a reasonable C-18 representation the frame needs to be altered, a new side rod and main rod, cross head etc. I looked at one potential vendor yesterday. I was told that I would need to purchase 10 of each, would not quote price until after parts made etc. so I think I need to look at Shapeways. other things needed to make a respectable C-18 are the round domes version of the Bachmann model, and I believe I changed a few other details in a swap with Stan. bottom line this is not an easy conversion. I have been looking at that possibility and have been slowly working in that direction. to make a reasonable C-18 representation the frame needs to be altered, a new side rod and main rod, cross head etc.

Thanks! I knew you would know the difference! That sounds much more involved than I have time or patience for. I need to just concentrate on getting it operational on Battery/RC and in-service. I still have a Connie that’s been torn apart for modifications for maybe 5 years, and a 3 Truck Shay that’s never run on my RR.

Jon, I have a pair I can send you. Not sure how the private message works here but if you give me a note with address Ill send them to you. you can use [email protected]

Jon, I have a pair I can send you. Not sure how the private message works here but if you give me a note with address Ill send them to you. you can use [email protected]

Thank you Bill. I just sent you an email. If you don’t see it, check your spam.