I got a phone call from Ken’s wife, Beverly, that Ken passed away earlier this morning. She said he was not sick and in good spirits yesterday evening. She woke to him calling her and saw that he needed an ambulance. He was rushed to the hospital with a low oxygen level and passed before she got there. He was a very close friend to many of us in this hobby and was always willing to encourage and help any one he could. At this time, I don’t have a whole lot more information. I’ve called the people that I felt could help spread the word amongst our hobby community. Jan was able to find the article about his reunion with his Purple Heart brothers and through that article, we were able to contact them.
Bev said funeral services would be private. If I find out any more information, I will pass it on. Boy, is he going to be missed.

“Thanks” for the call Ric and for this post. We were on at the same time! I’ve posted with a few pictures as well…

I was VERY shocked to get a call today telling me that Ken Brunt passed away this morning.

Ken was a great modeler and also a great host for his operations sessions. I will certainly miss him a LOT. Ken enjoyed trains a LOT and he always attended ops sessions when ever he could.

Going through my pictures made me VERY SAD knowing I won’t see him again.

At his house, home of the RGS East. Ken Hosted an operations session (Ken Ops - or KOPS) on his new railroad but also operated on his old one as well. He was a BIG fan of operations. 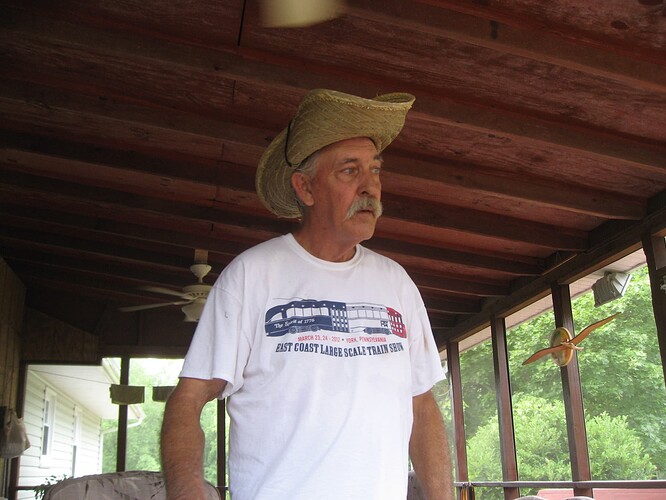 At Train Ops with Jon and Gaetan and Jean: 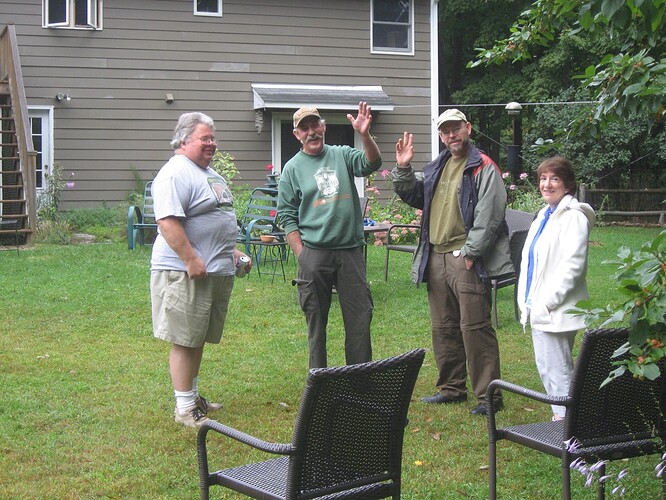 At one of the Fingerlakes Live Steam sessions: 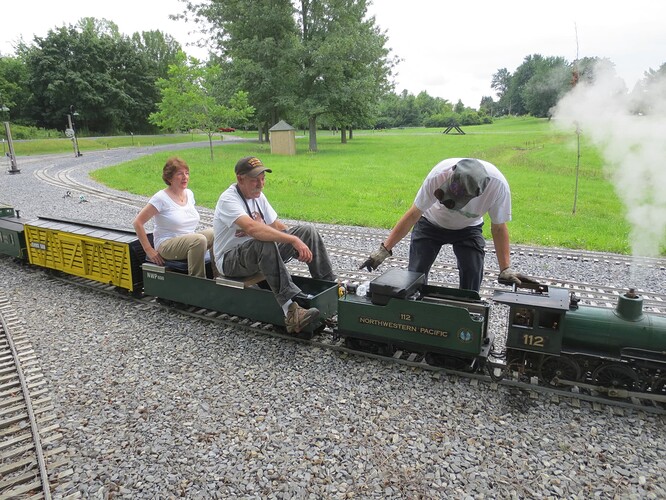 At my place operating on the Jackson & Burke: 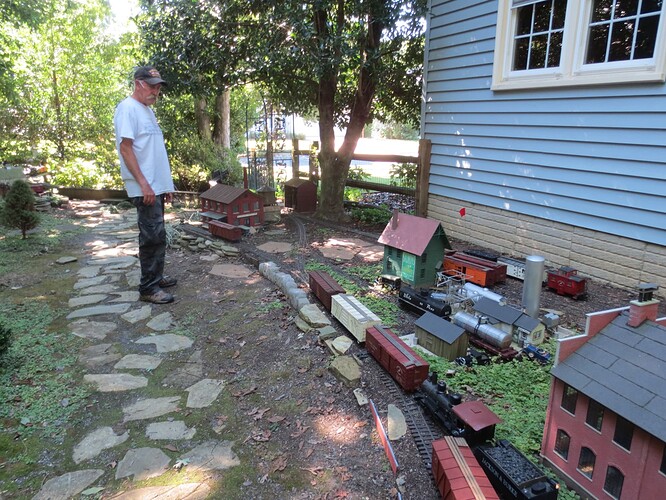 He came a LOT; I almost hated inviting him since it’s such a stinky drive and Northern Virginia traffic is horrible - but I always made sure I treated him to a good lunch at Glory Days Grill: 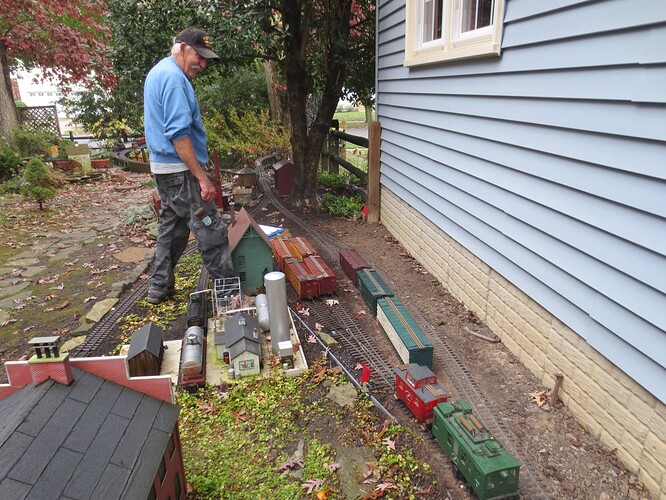 Dang. We always had a GREAT time. 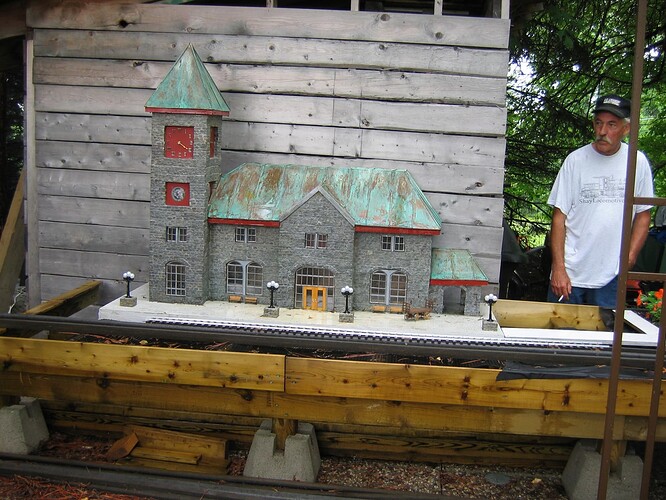 At the ECLSTS: (I think Ken made every show!) 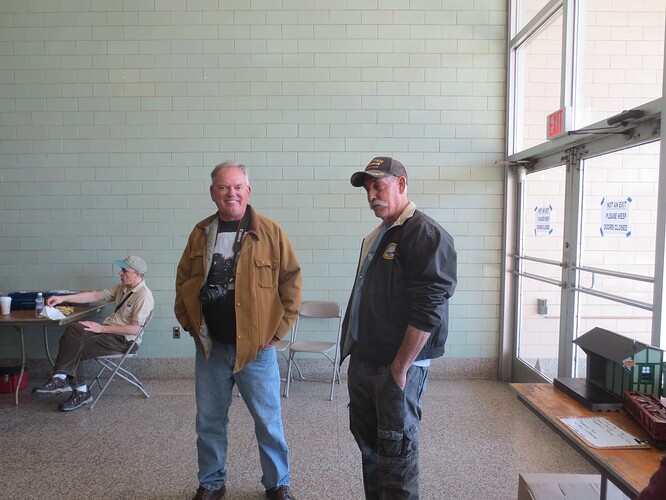 Ken always attended the Drag & Brag (held in the evening). Here he is at the D&B with Andy and Gary. 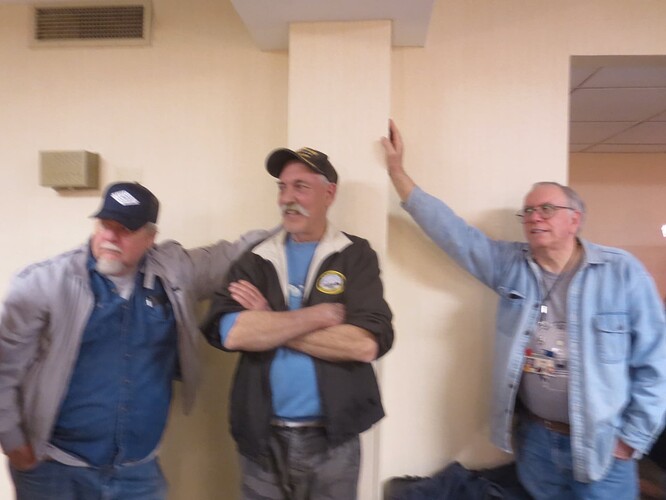 At the show, we always got together later for refreshments. Here with Jon & Fred, and that’s Bart taking a picture: 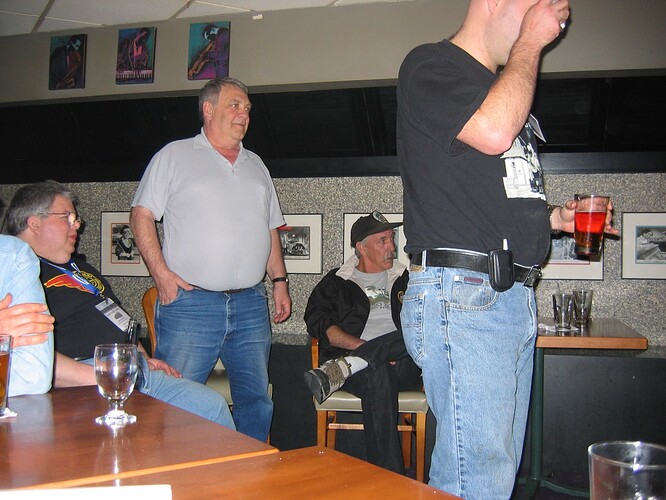 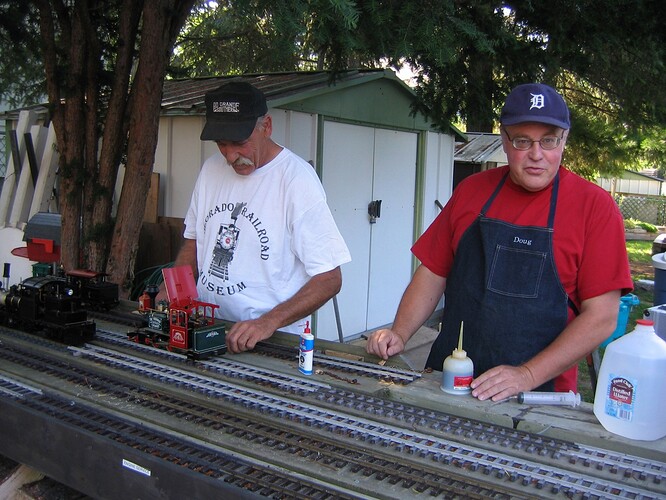 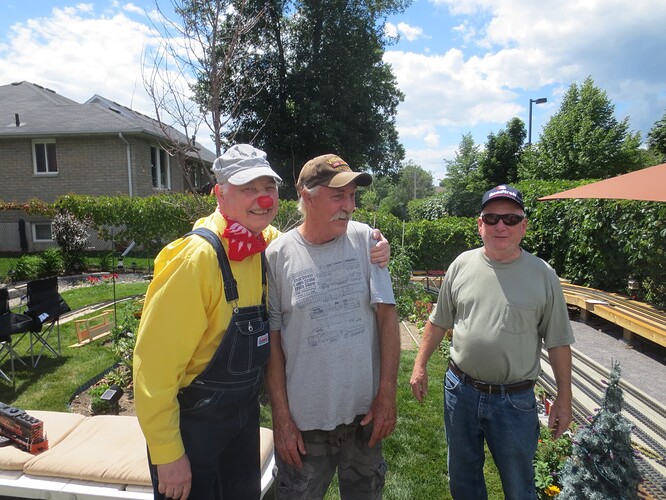 Back in Nepean on Fred’s IPP&W: 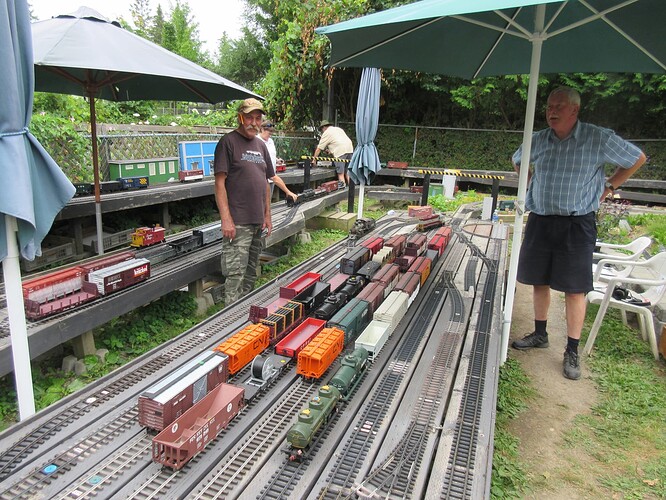 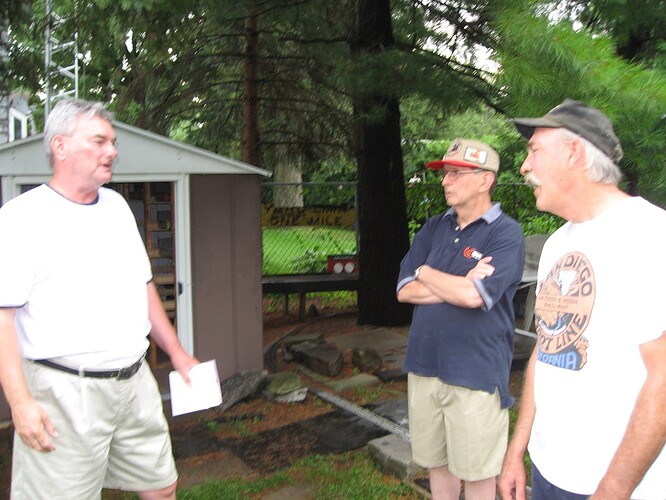 In the fall on Andy & Jane’s Bluestone Southern: 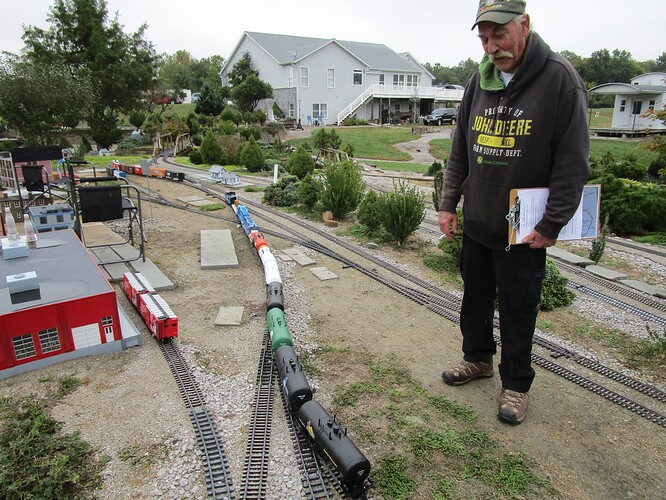 Before ops on the Bluestone Southern we had ops hosted on the Kaskaskia Railway in Carlyle, hosted by Ric & Jan. After we’d sit around the fire and spin yarns - here he speaks with Doug Matheson. 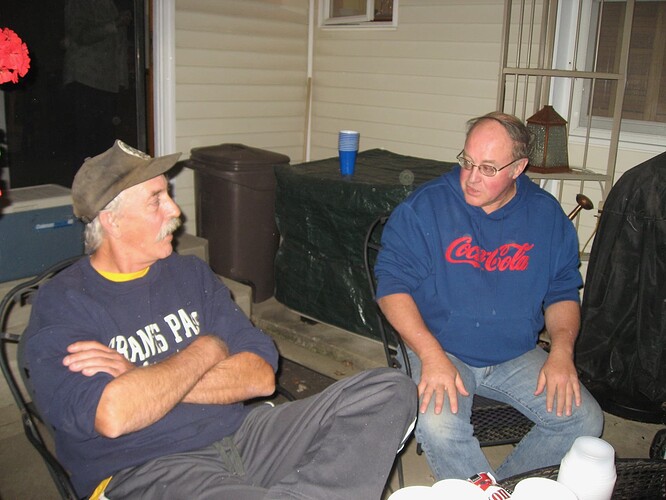 Things didn’t really change much when we went to Andy & Jane’s: 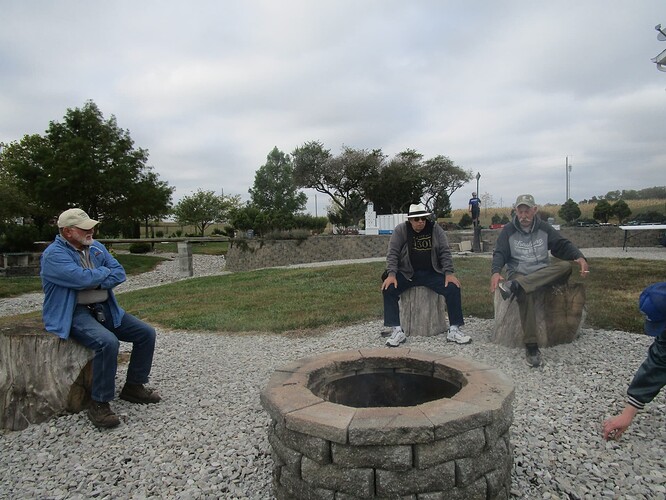 I put him in the window of one of my model buildings: 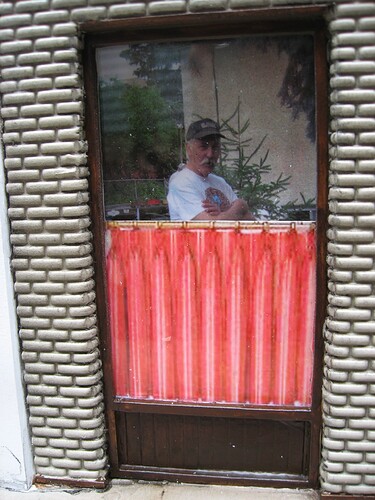 I’ll sure miss him…

I merged both topics.

It was a shock to get the call from Bruce. I will miss Ken greatly, he’s been a fixture on LSC, and at TrainOps, for ever.

The “group” gets smaller…

That is terrible news. I last visited Ken on October 3, on my way back from a southern PA garden RR tour. I cold called and asked to visit as I had a train buddy with me and wanted to show him Ken’s layout. Of course he said “come on over” and we had a nice visit. Oh dang…

My condolences to Bev and the family.

Thanks for the call today guys as it’s much better to here the news directly from friends. Guess I’m gonna have to dig through my pics. Who is gonna yell and curse at me at the train shows and get togethers? A lot of good memories with Ken. Man I’m gonna miss him ! 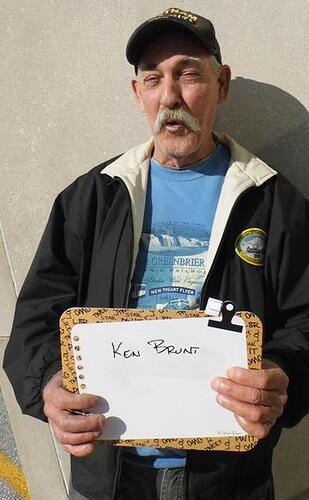 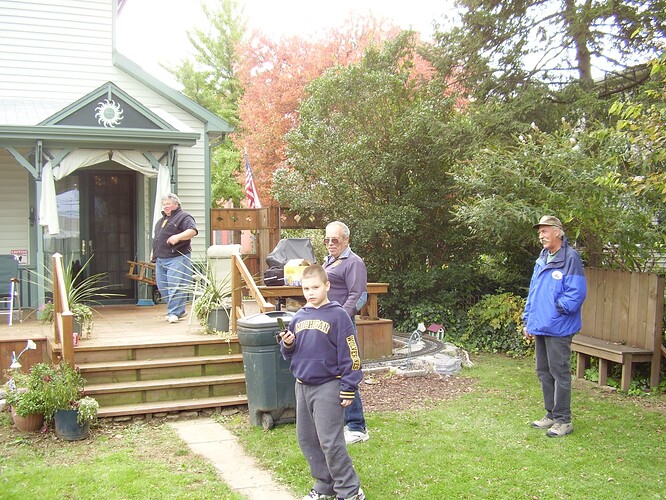 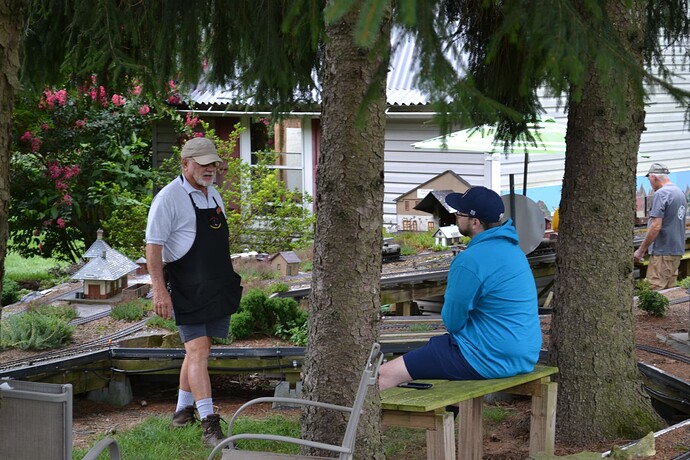 12yrs later Ric ripping into the boy as Ken was done and it was his turn to run a train (in the background). ^^^^ 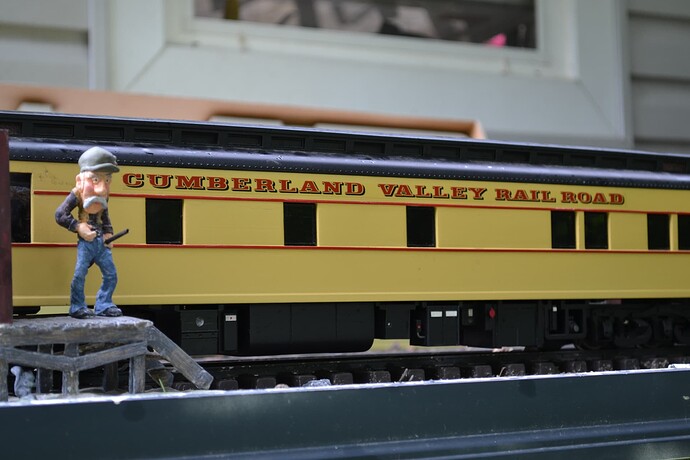 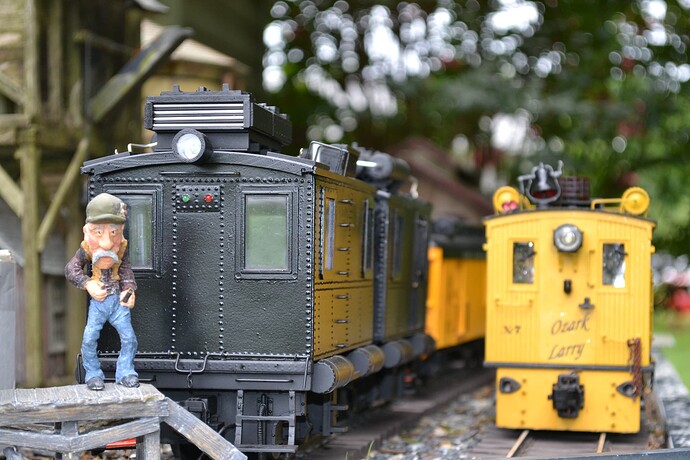 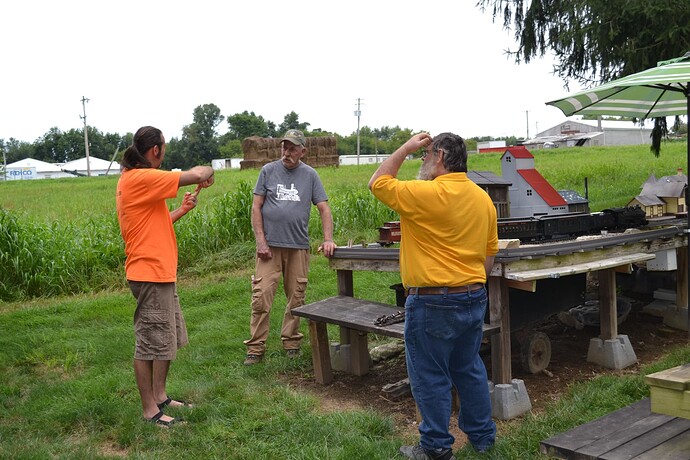 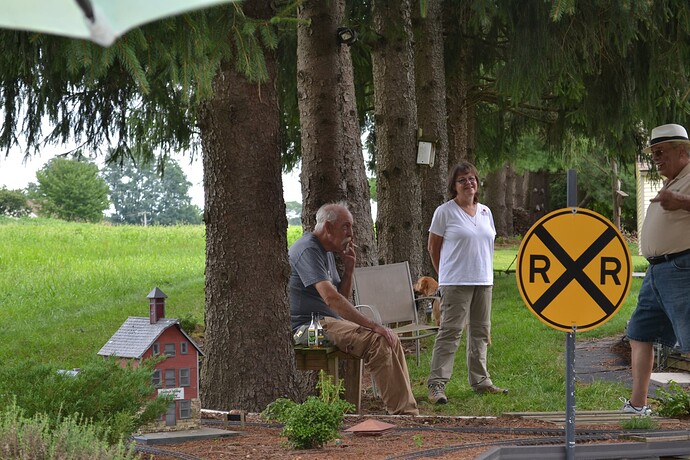 Hollywood stirring the pot telling and showing Ken what he needs to do next. 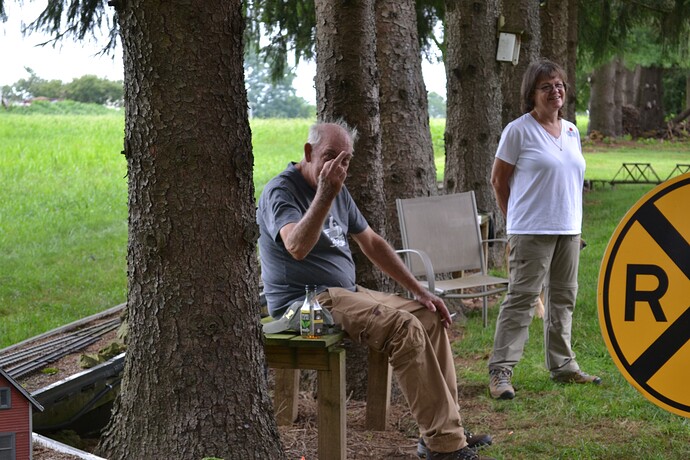 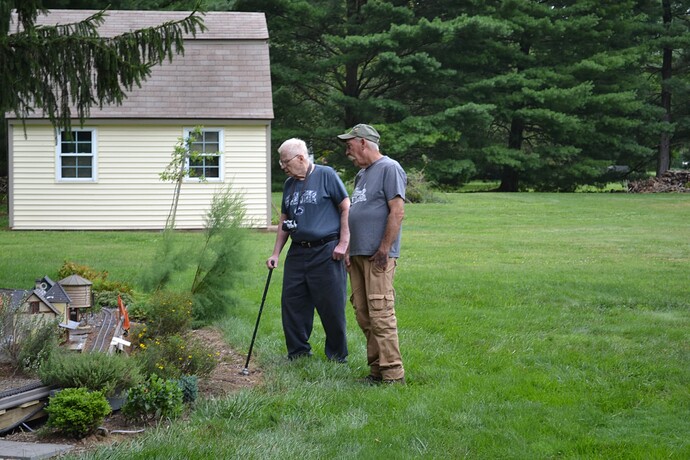 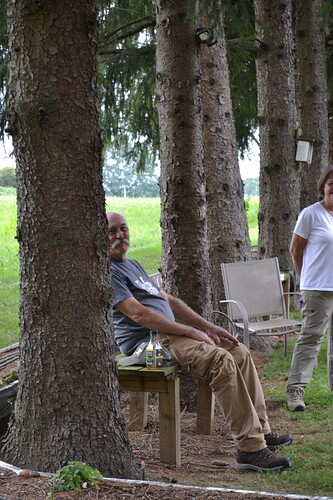 Ugh I couldn’t believe the new when Rooster texted me. Ken was the best and I’m glad I got to know him and meet him. I’ll never forget the day we met for breakfast while I was working in the Delaware Water Gap plus York. He’s a legend. I’m going to miss him. Now I wish I was able to attend his last ops at his place.

I never met Ken face to face, but considered him a “forum friend” having admired him and his abilities for about the last 10 years.
I was very shocked and saddened by the news of Ken’s passing. I will miss him on LSC.

My condolences to his wife and family.
That Little Black Train is coming for us all!

Sad day for LSC and the hobby. My condolences to his family. RIP

Thank you for the call Ric, and thank you Bruce and Rooster for the pics. To say this came as a total shock is an understatement. I hold many memories of shared events over the years . A friend with an easy manner and a main stay in our hobby. My condolences to the family.

Oh my!!! I am so sad to hear this news. Thoughts and prayers for Kens family.

I am fortunate to have had the opportunity to visit Ken and his beautiful layout. Although he didn’t know me from Adam, he opened his home and layout to a complete stranger. I enjoyed the time I spent at Ken’s and the conversations we’ve had since then. Cherished memories. He will certainly be missed. 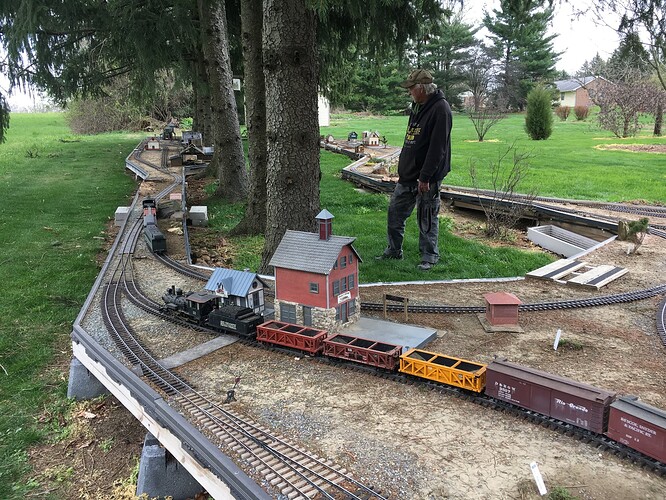 I was also really shocked to get the call. Thank you Ric.

I don’t remember when I first met Ken. Most likely either at Fred’s, or in York. Bruce’s photos remind me of how many opportunities we had to get together over the years. They are all great memories to be cherished.

Rest easy buddy. All your signals are green and we’ve got the throttle.

I also was shocked when Ric called me this morning to inform me of Ken’s death… Can’t remember exactly when I met Ken, whether it was at Ric’s Ops session or at the York Train show… Ken was a great modeler who enjoyed trains and all the folks who liked trains… He has been to numerous operation sessions here at the Bluestone Southern… I have gotten to run on both his old layout and the new one…
He sure will be missed, not only by me, but a whole lot of folks… RIP

Sad, so sad. Had many modeling discussions with Ken at the Large Scale Train shows. Great guy. Like Bruce said, group is getting smaller.

Sad and surprising news, our condolances to Ken’s wife and family.

We only met Ken the one time 2-3 years ago when we spent a day running trains on our railroad and the next day visiting Dick and Helen on their Port Orford Coast railroad.

Great guy and I will miss his input here on the forum.

Quite a shock. I visited Ken’s layout a few years ago, and considered him a good LSC buddy. Great guy with a level head.

Hollywood called me with the sad news this afternoon, thanks Dave.

After a long time of foot-dragging, I finally went to one of Ken’s ops sessions (“KOPS”), just last May. Wow, what a fun time. Since this was my first ever operating experience, I felt like a dunce. But Ken made me feel welcome, like I belonged there with all the others. 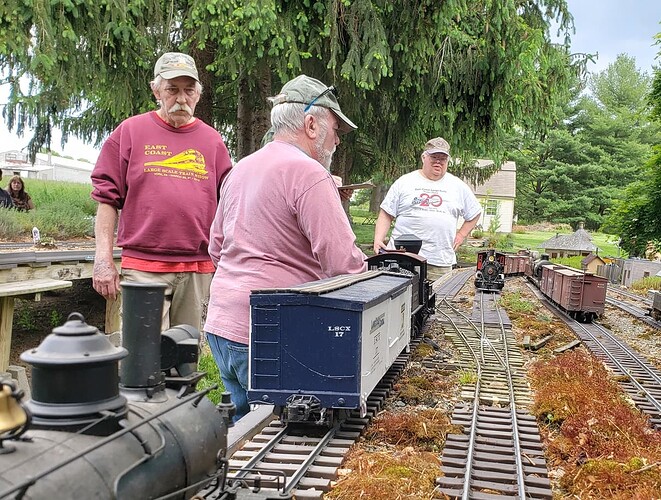 Over the years, Ken always seemed to watch my various project posts, ever willing to give me a nice “thumbs up” sign. A very encouraging man.

I’ll really miss you Ken. Thanks so much for your friendship.

Now I wish I was able to attend his last ops at his place. 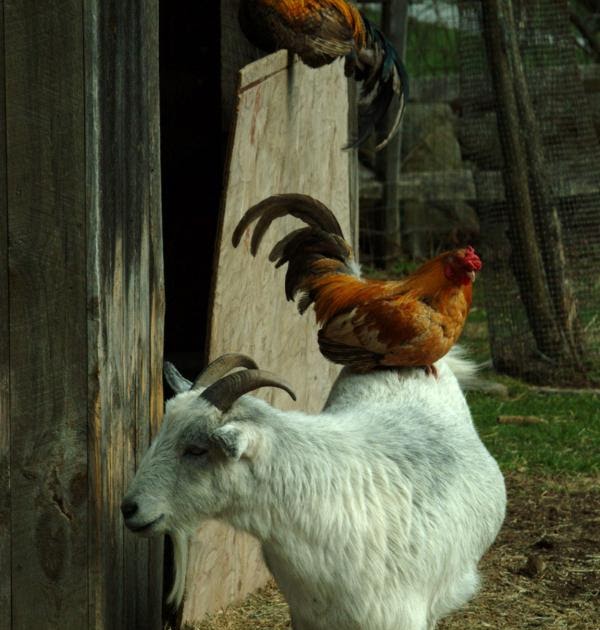 Rooster and the old goat

Wow. Quite a shocker to hear about this. I was just referencing Ken’s PVC method of raised roadbed the other day to some modelers. Never had a chance to meet him in person but he will be missed.