Devon’s been pressuring me on the sidelines to participate in this years challenge. I’ve tried to bow my way out by making a claim for strict prototype modeling and have no such use for a tin can project.

But then Devon politely reminded me of my on going feed mill project that I’m currently trying to finish. Or rather trying to get the parts together again after 10+ years in storage.

In sharing what I thought was a good excuse not to participate in the challenge this year, Devon kept putting the screws down on me. And the more I talked, the more he bugged me… 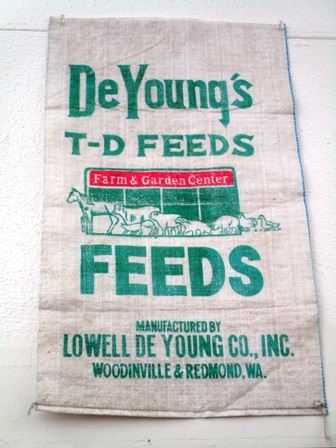 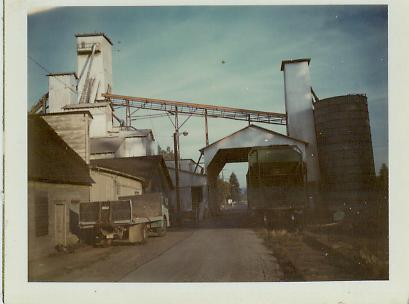 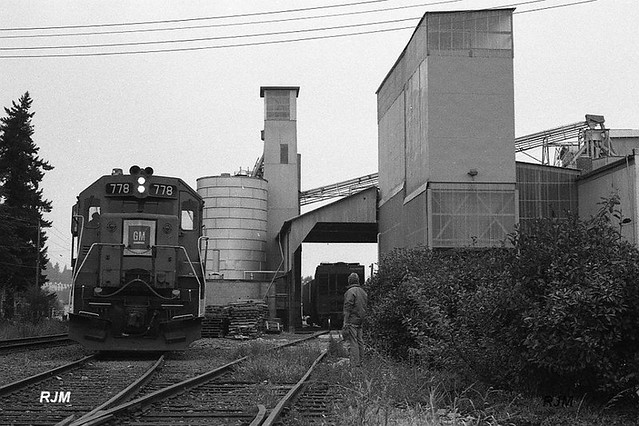 So an idea was formed to build some mini scenes that I will eventually need fr the feed mill. I need some small containers, a winch and most importantly a feed truck. 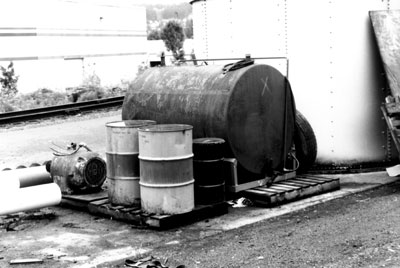 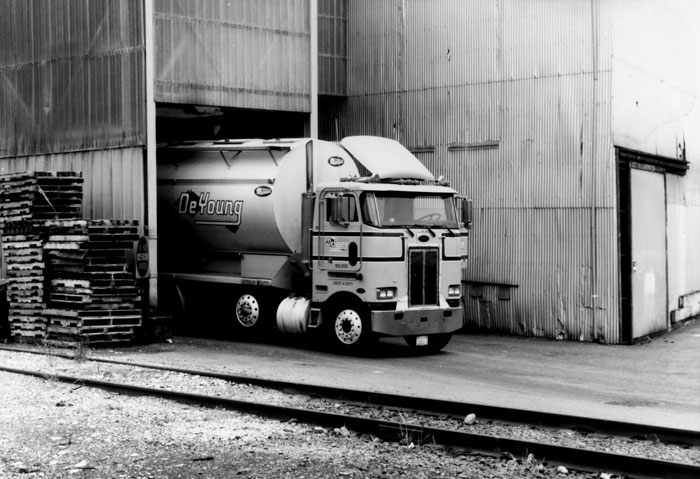 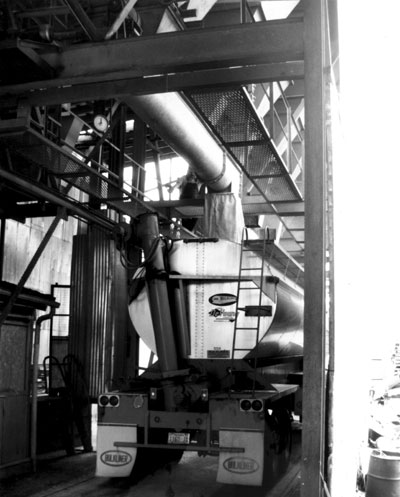 Little did Devon know that I had on hand a kit for a similar type truck as a future someday build. Well I guess Jan 9th is someday…

Some scrap 3" PVC pipe that I have laying around should make for a decent sized truck. Now Devon says that I’m already building by casting more tires, but I’m claiming it’s gathering material stage. So if I’m already disqualified, oh well I will have an excuse not to build it and go back to previously unfinished projects. 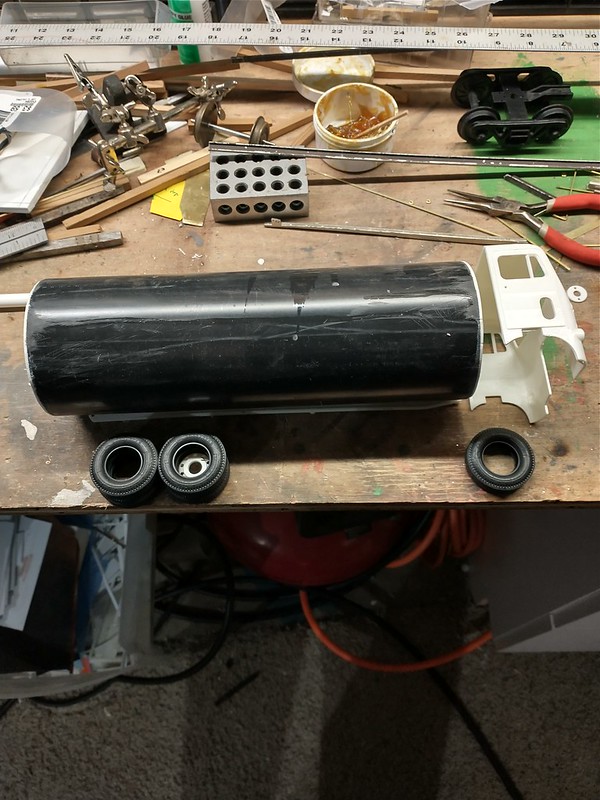 So thanks to the wonderful world of the internet, I’ve been told that the AMT kit has major issues… So I think I’m going play idiot and move onward and upward with the project. It’s slightly reassuring that model trains aren’t the only kits/models that have issues.

I did source some running boards from the scrap pile that I removed from a boxcar. I think this might be a plausible kitbash after all.

Should be a good one…are you making this part of the build (I’m hoping so!)?

Yes that’s the plan to build out this little mini scene and hopefully I will also have time to build this little detail as well. From the phots I’ve found of the feed mill it was quite a mess around the track. Stacks and stacks of wood pallets as well. 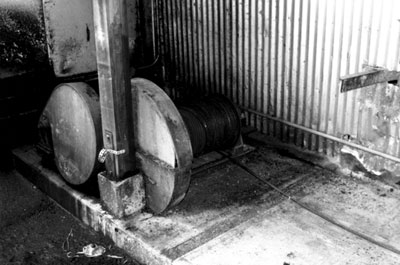 So thanks to the wonderful world of the internet, I’ve been told that the AMT kit has major issues…

The biggest “issue” with any of the AMT truck kits are they are OLD designs that have just been re-popped several times, never really upgraded. So there is a bit more skill and work required to build one.

Chris, I hope you have the time to make a project. Your builds are really good and I learn a lot.

So thanks to the wonderful world of the internet, I’ve been told that the AMT kit has major issues…

The biggest “issue” with any of the AMT truck kits are they are OLD designs that have just been re-popped several times, never really upgraded. So there is a bit more skill and work required to build one.

They are a rough kit for sure. I was looking at the ‘directions’ for parts. There’s no numbers on any of the sprues for anything, but yet the directions say “X”/ I’ve noticed the fit of parts isn’t exactly tight. But I’m not going for a museum quality display model. I’m going for the “I need a feed mill truck” and it needs to look okay. Heck I’m debating if I want to keep the engine out to save for a different project.

Craig, check the back of the box for the sprue layout.

Beginning to see this truck take shape, but it’s one heck of a freelance job. I have no clue from the two pictures what some of the details are so I’m just making it up as I go. I figure it will either look decent and correct or some well known truck modeler will come by and point out everything that’s wrong.

I’ll post pictures tomorrow when I get a little more done, but I’m starting with the tank and the cab and working my way down the frame. I’m also wondering if in my pictures I have two unique feed trucks and not a cab/trailer combination ( kinda like what you see at the gas station). I’m just thinking that maybe a trailer would be a little hard to turn around at a farm and so far I haven’t found any prototype examples of that combination setup either.

I’m also pretty sure that the engine is going to be held in reserve for another part of the feed mill. I figured a feed mill probably needs a big generator or power take off to run some of the grain augers? Maybe not but these a small cinder block building that sure looks like it has some sort of exhaust coming out of it. Still debating this part.

It’s your railroad, Craig, so if it looks reasonable to you, that’s all that matters. Looking forward to some progress pics.

Until you actually meet Craig you won’t understand how dumb your comment is. With Craig there is no such thing as “your railroad your rules”. Craig counts the rivets that rivet counters miss. He is paralyzed by perfection. And thats a compliment. He has attention to detail in every aspect of his being from what I have seen.

Until you actually meet Craig you won’t understand how dumb your comment is. With Craig there is no such thing as “your railroad your rules”. Craig counts the rivets that rivet counters miss. He is paralyzed by perfection. And thats a compliment. He has attention to detail in every aspect of his being from what I have seen.

Thanks Devon. That means a lot. Case in point I was discussing with Devon the other day…

The area I’m modeling used #9 turnouts all over the branch. What does Lllagas Creek and Sunset Valley have as turnouts? #8 & #10 frogs (apparently east of the Mississippi railroads use even number frogs). A normal person would pick one of those two and call it close enough. Not me, since I know it’s a #9 it’s going to bug me. So I scratch build my own #9 frogs. Yah I know stupid!

Until you actually meet Craig you won’t understand how dumb your comment is.

Until you actually meet Rooster you won’t understand how dumb your comment is .

Will you be modeling the GM demonstrator along with the mill feed truck?

Okay, so here’s some important MIK build update photos. But before I do that here’s more prototype photos and a short story.

As Devon said, perfection drives me nuts but it also drives me to learn more. So I reached out to some friends of mine about this photo.

Friend #1 is a well known 1/25th scale modeler. He quickly reached out to a friend of his who was able to ID the name of the company that produced the feed truck body. He has ID’d this as a “Bulkliner” product. Bulkliner custom makes feed trucks for customers. So question number 1 answered about the ID of the truck. He also told me that AMT made a kit that I could use (this is the one I acquired prior to the build).

I then remembered that friend #2 used to work at a feed mill and is an accomplished photographer. I scrolled through his facebook page and found the following photos. 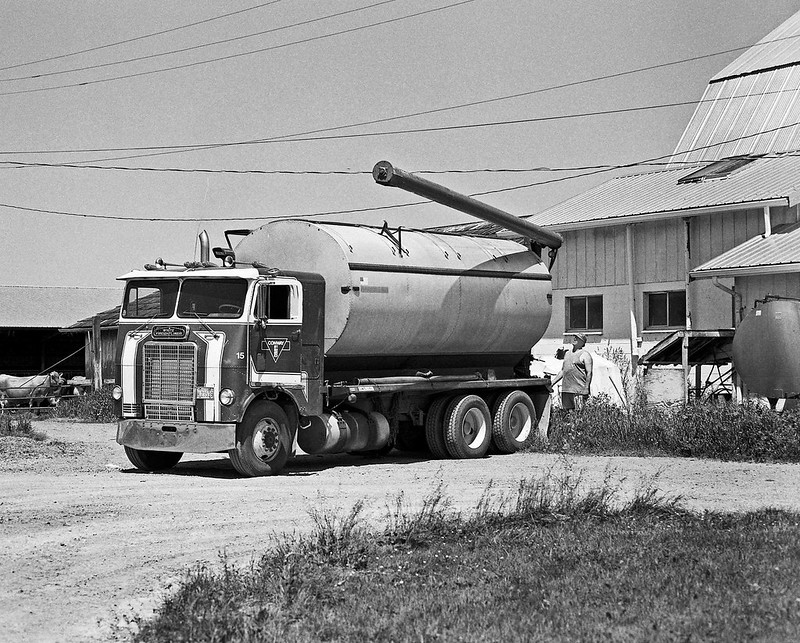 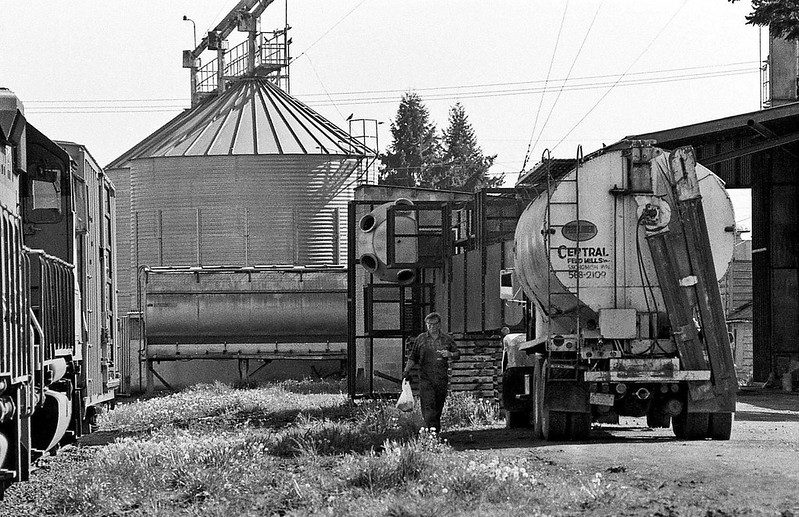 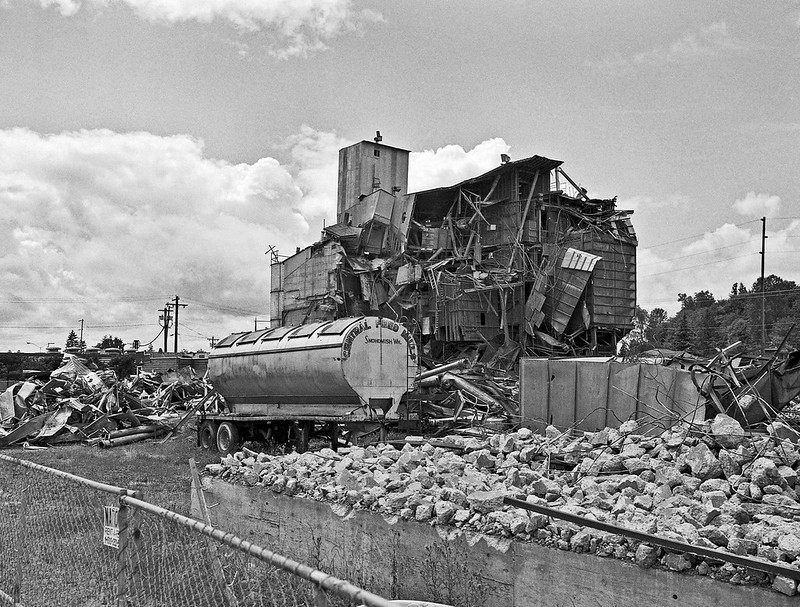 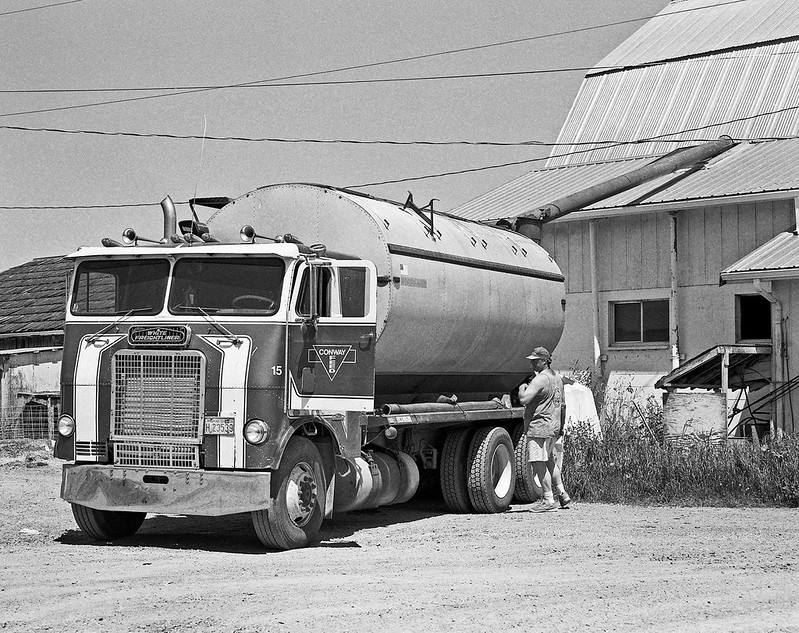 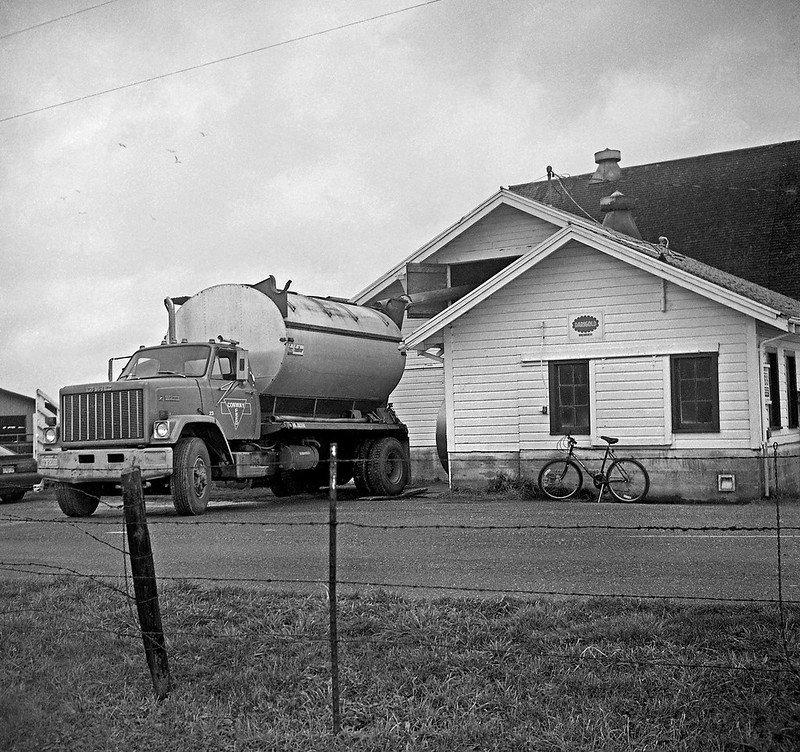 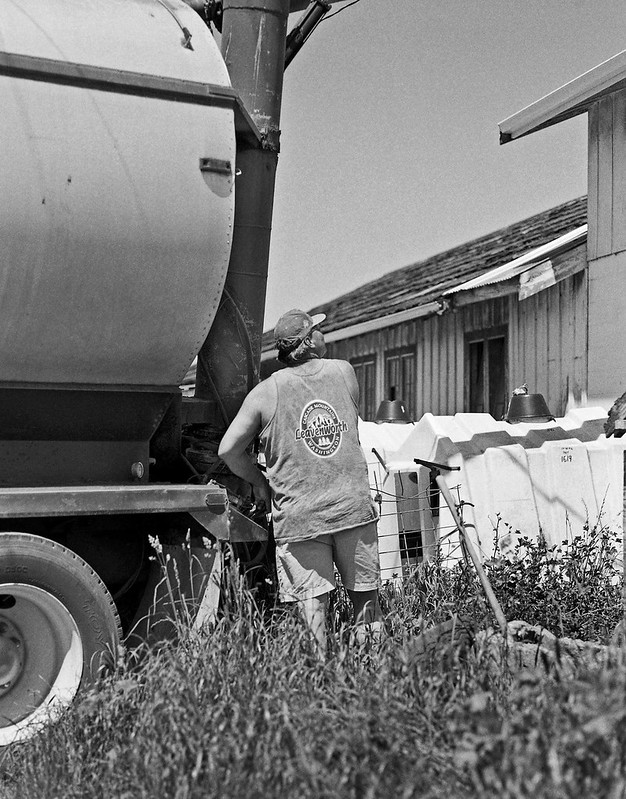 So I reached out to Martin to ask him if he knew anything about the feed mill trucks that serviced the feed mill that he worked at (Conway Feeds). Martin replied that they used both full sized trailers and single small semi trucks like the photo above. Then we got started talking when I shared with him the cab truck. Martin worked for the Conway Feeds, while T-D Feeds & Central Feeds where owned by Lowell De-Young. Martin proceeded to tell me that Conway Feed’s bought the trailer from T-D Feeds when they closed. He almost instantly ID’d that trailer in the second photo I posted. It’s a double axle ‘long’ trailer. Martin also recalled that T-D used a standard Kenworth Tractor to pull the long trailer. So now I’ve got another project. He also verified that T-D Feeds used small trucks without trailers (my original picture).

Okay, okay Craig get to the pictures…

So now that I knew that this was just a cab and tank set up and not a trailer set up like I was thinking, I moved forward.

I started out with some scrap 3" PVC pipe I had in my stock (intending to use as another part in the feed mill). I added 5 hatches that are approximately 30" square. They are spaced equally on the 25’ tank. 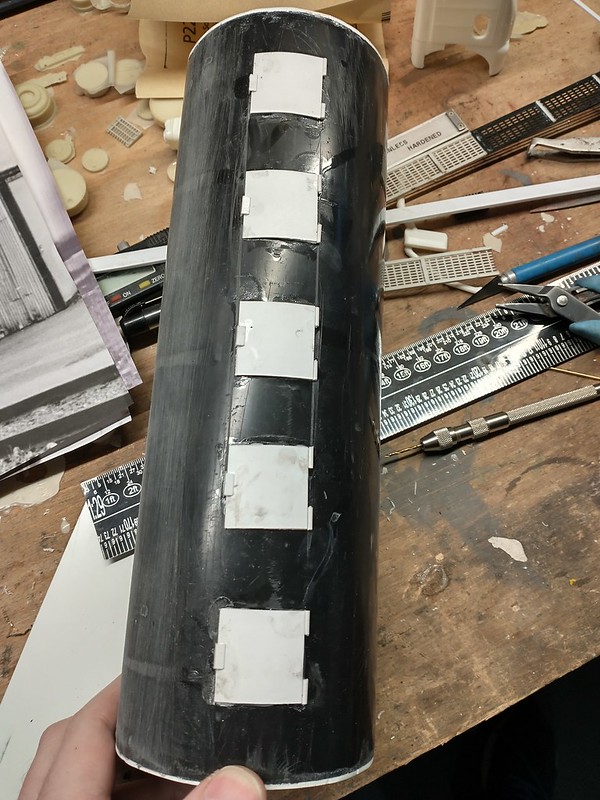 I then raided my scrap box for some rolling stock roofwalks. 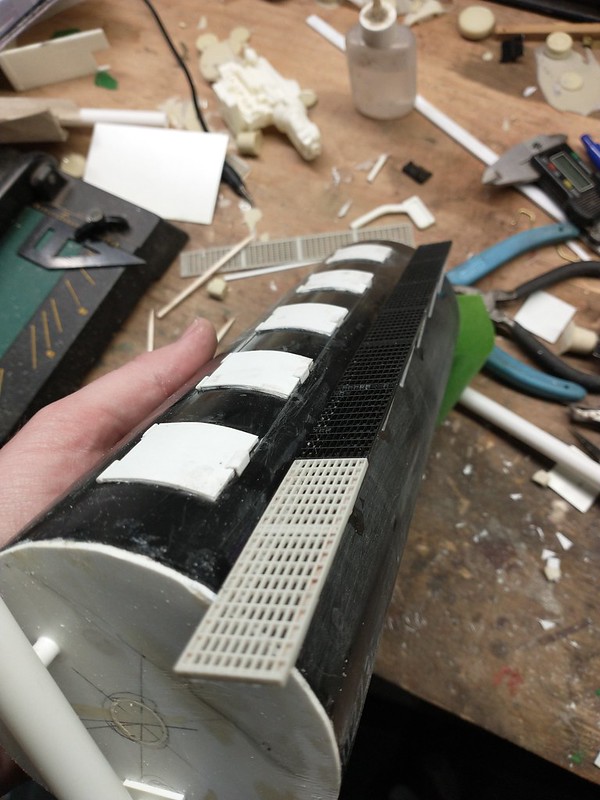 Then I thought I was being all fancy and building what I thought was a good enough looking auger output at the bottom of the tank. 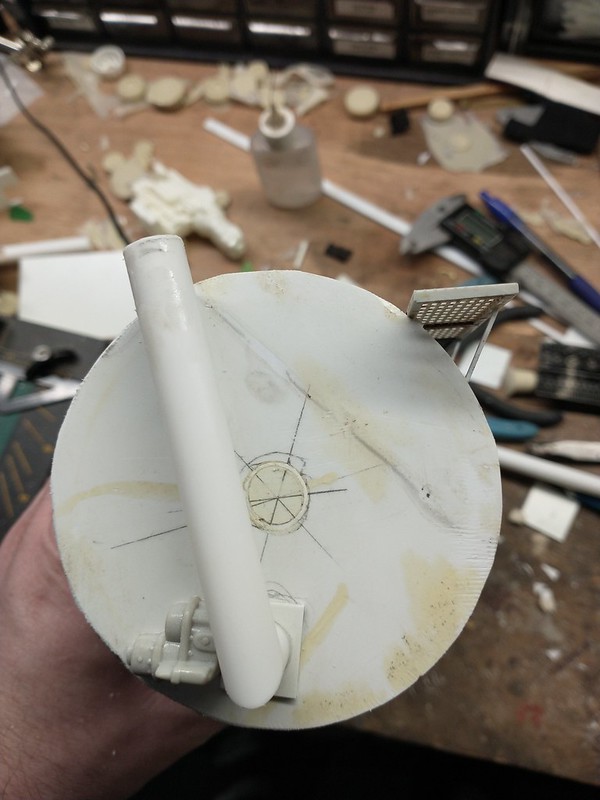 I emailed this photo above to friend #3 (HO scale truck modeler) with the hopes that he would be impressed. His first comment back was, you made a mistake. The auger is at the bottom of the tank as a separate piece. Duh! So I tore it all off and bashed this instead. 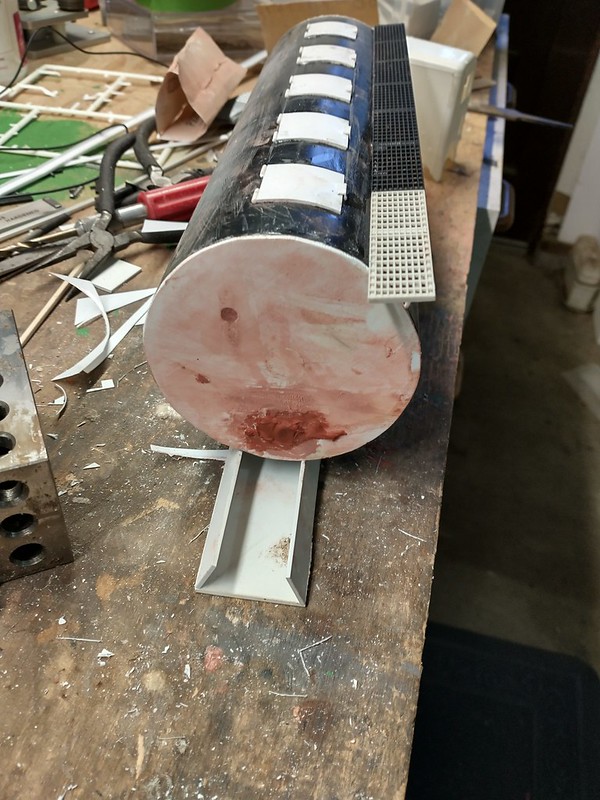 I then shared with Devon the photo of the engine that comes with the kit and he reminded me that I probably won’t see the engine in the kit. I’m still debating what I would like do with the engine block. 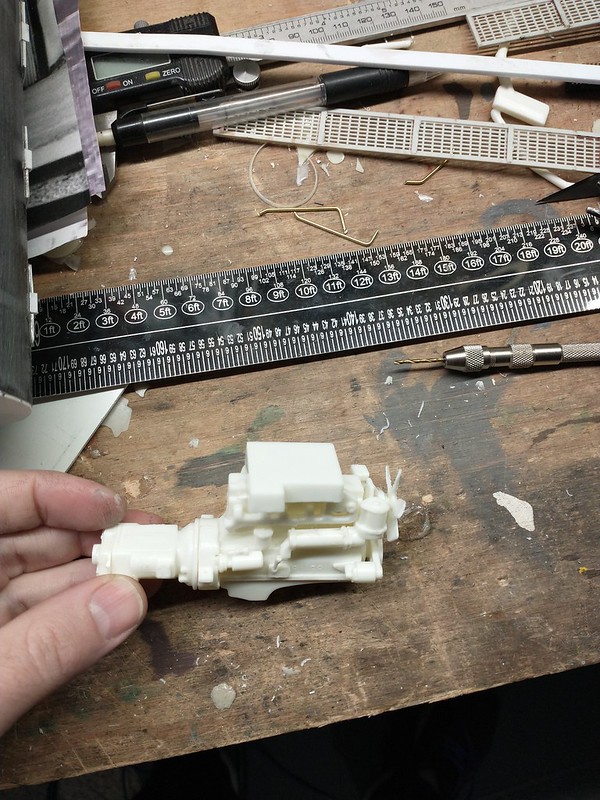 I also shorten the cab and reglued the back wall to make the day cab. 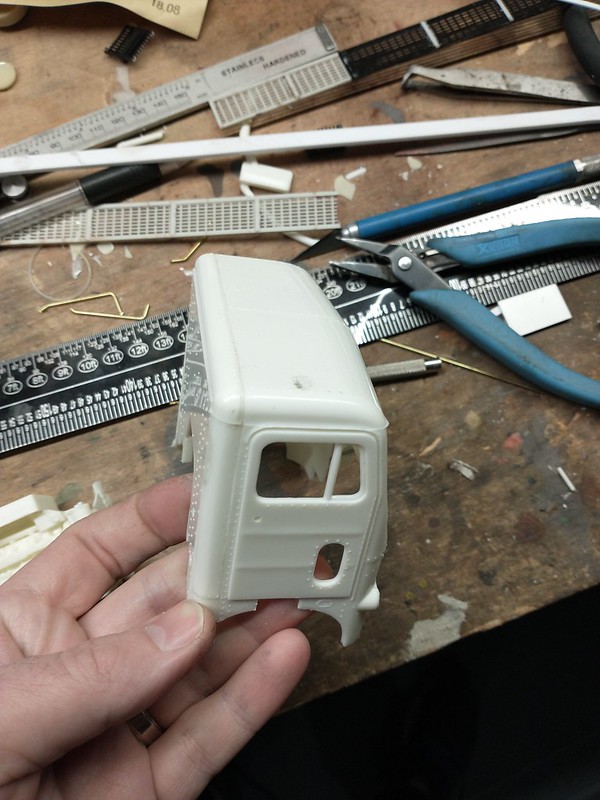 I realized I ran out of Bondo, so I ran down to the local auto parts store and picked up two things of Bondo. The counter guy said I had $5 off, so I got one free! Total cost of the build so far is $0

We will see what happens over the next few days in terms of finishing the tank before I move onto the frame of the truck.

So I guess my non exact knowledge precludes me from being “friend#4” Lol, things are looking good , this will be awesome,. did you just use styrene parts to make the auger and motor That have since been removed?

So I guess my non exact knowledge precludes me from being “friend#4” Lol, things are looking good , this will be awesome,. did you just use styrene parts to make the auger and motor That have since been removed?