In celebration of the Virginia & Truckee RR’s 150th anniversary of completion, the [NSRM](https://www.nsrm-friends.org/) is throwing a 4-day railroad party: 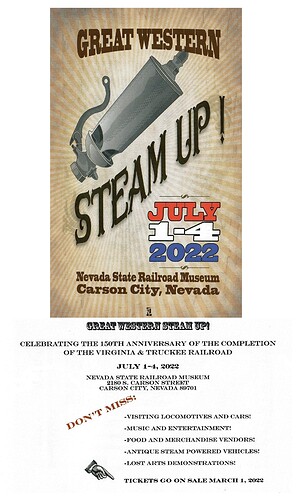 NSRM has a number of V&T locomotives and rolling stock, but the plan is to bring more in for the event, such as locos & etc. from CSRM, and perhaps others. Maybe the Reno (now in Virginia City) can be helped downhill to the party, who knows. Things are still being planned out.

This will be a once in a lifetime thing it seems, so Linda and I are already making plans to go.

Sounds cool, Cliff! And I need to add more characters because posts need to be at least 20 long

Yes indeed!
And yeah, I have to type this line for the same reason!

Having long been a sort of low-key fan of the V&T, I would like to be able to go to this.
Unless some things in my health dramatically improve it is not likely though.

As of last night, tickets are now available for the “Great Western Steam Up” in Carson City, July 1-4.

Here’s the locomotives being gathered (including several being trucked into town): Locomotives - The Great Western Steam Up

Cliff,
I note several of the locos are narrow gauge, whilst (according to my V&T book) the railroad was std gauge. Are they laying extra 3’ track?

FYI: I’m going to meet up with Cliff and Linda at the Steam Up on Saturday July 2, in case others want to join us.

Pete, the museum track (which is where these are all being run) is dual-gauge for the greater part. 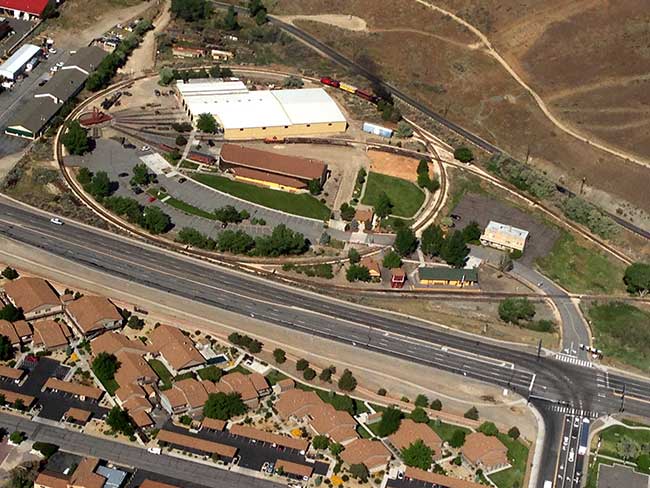 So, not a huge venue. It’ll be interesting to see ten live steam locos, of such broad variety, running here!

The wye to the right goes on a ways, so that adds to the trip.

Their daily “pageant” (starting at 1:00pm each day) will be interesting!

BTW, it’s sounding like the entire parking lot will be taken up with food and demonstration and shop tents, but there will be shuttles from external parking lots.

Of course, the main V&T train rides (from near Carson to Virginia City) will also be operating; that’s the “long haul” that can also be taken in.

This train boards in Carson City and takes a leisurely 1.5 hour ride to Virginia City, returning in the afternoon. Also known as the Sisters in History Route.

Jim, it’ll be great to see you there!! And for sure, plan some time to go to VC, and maybe take the little excursion between there and Gold Hill, if you don’t have time for the longer trip. We’ll talk!

Cliff, that’s going to be a long train ride from Carson City to Gold Hill. According to Google its over 2,300 miles. If you decide to take it though, let me know as I only live a couple miles away (see map) 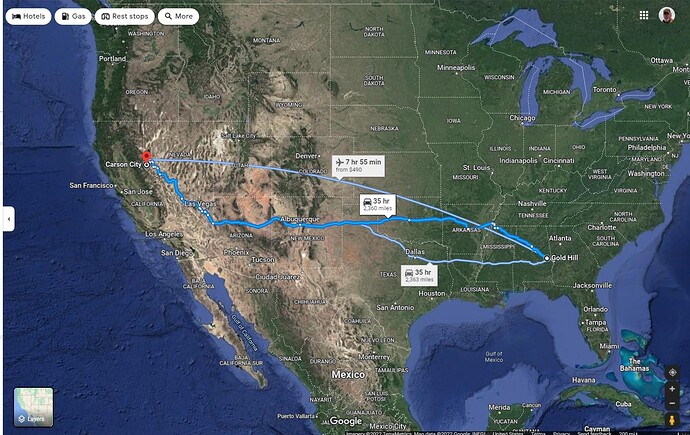 Linda and I are here in Carson City, all teed up for the big Steam Up. We’ll be there Friday and Saturday, as will Jim Rowson – and it’ll be a blast to share some sights (and meals) with him.

I’m really looking forward to seeing all the locos, especially those in operation!

How many new ideas for projects are you going to come away with Cliff? Or project for the Mrs. Cliff?

It’s been a wonderful experience at the Steam Up. More later, but here’s a clip my wife took while on the train ride. It gives a good overview of most of the operable locos. 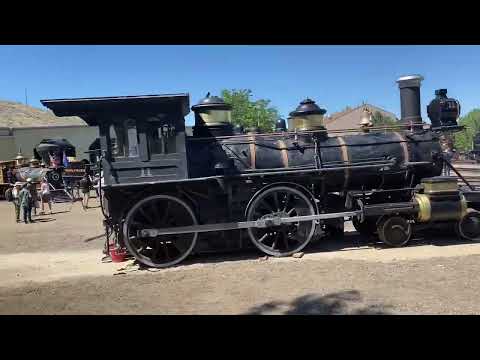 The “pageant” of locos consisted in driving each one onto the turntable, while someone gave a brief talk about it. Then backing it off, and turning to the next loco. It took an hour and a half to do all that. Here’s an example. 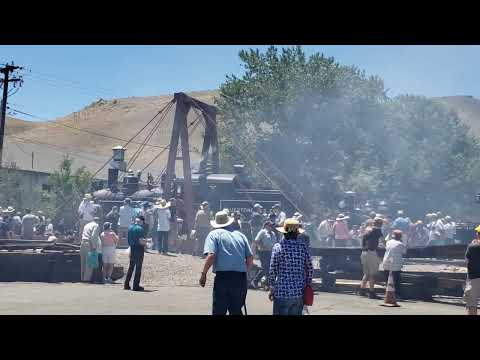 The train rides involved a number of quite old passenger cars, pulled by a variety of locos (each engine did several runs). Since the NSRM only has a smallish loop, each ride seemed to consist of 3 turns around the loop.

Here’s the Glenbrook doing a driveby. 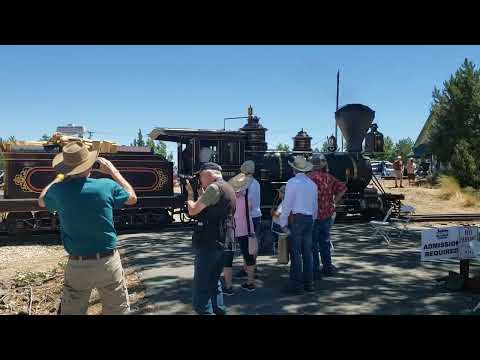 There were several other steam-driven pieces, notably a small boat, fire engine and Dolbeer donkey, all operating. I’ll try to get some vids of those today.

Had fun with Cliff at the SteamUp! 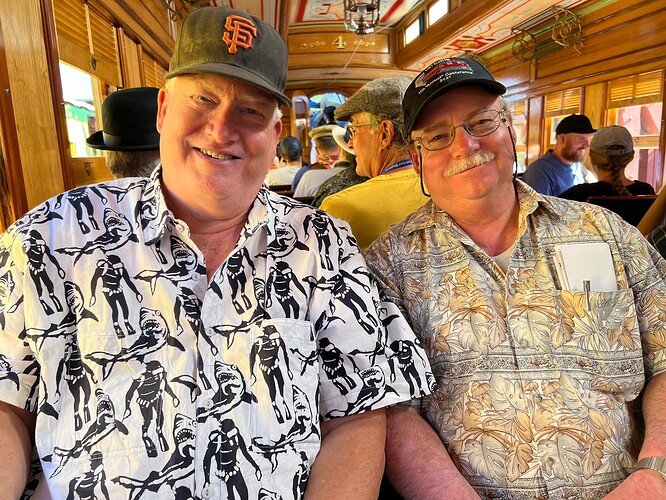 Lots of steam, very cool! At least it was for me, 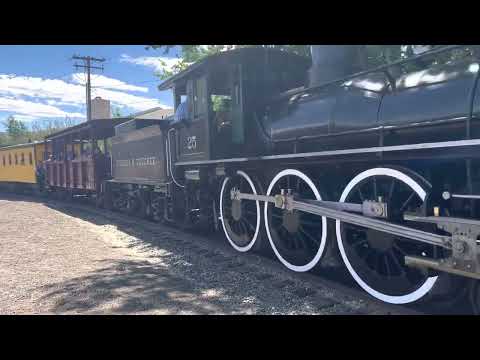 The pic Jim posted was while we were on a special train ride on car #4, which is always off limits for public entry (let alone rides) except for this steam up event. It was hauled by the Inyo: 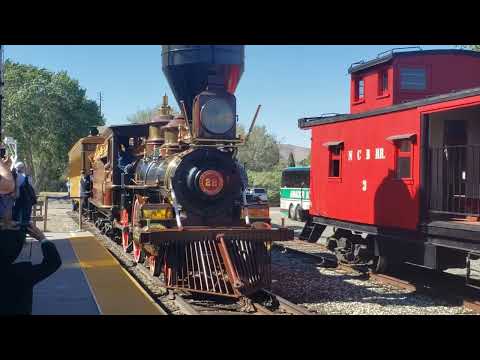 Another famous loco there is the “Slim Princess”: 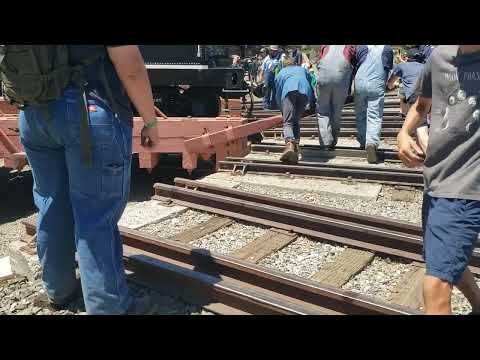 And here’s the Dolbeer donkey’s drive train in operation: 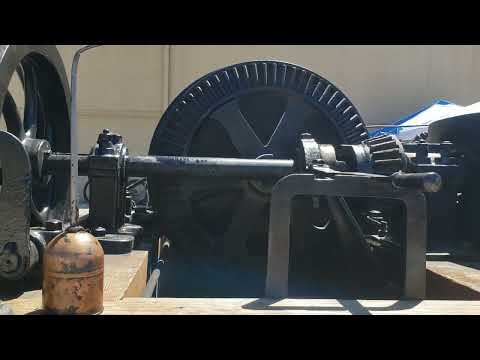 If you’re in the area, the event is still happening tomorrow, I think 10-5. They’re selling tickets still, at the gate. But you can buy them online.

Those Victorian era locos are such gorgeous, elegant machines!

Watching that Dolbeer video it always amazes me how quiet steam powered machinery is compared to internal combustion equipment.

Same here, eerily silent for someone like me who hasn’t had much experience with them.