Too many interests for my income...

I have a lot of interests, mostly Military history and Sci-fi. I have a collection of original and repro uniforms and props from various movies and TV shows, as well as having been a historical re-enactor since I was 5 years old. I’ve also been to Space Camp as an adult five times. Oh, I’ve also been published as a writer and consultant many times before I decided to get into model train writing. I did ‘talking head’ work for History Channel and been on PBS and CNN in the long ago past.

I’ve been published as a cartoonist for countless times through my life. This was for a British magazine I used to be the only US staffer for (this one is based on a true story):

Me at Ste Mere Eglise, Normandy, completing the last item on my ‘bucket’ list just before I turned 50: 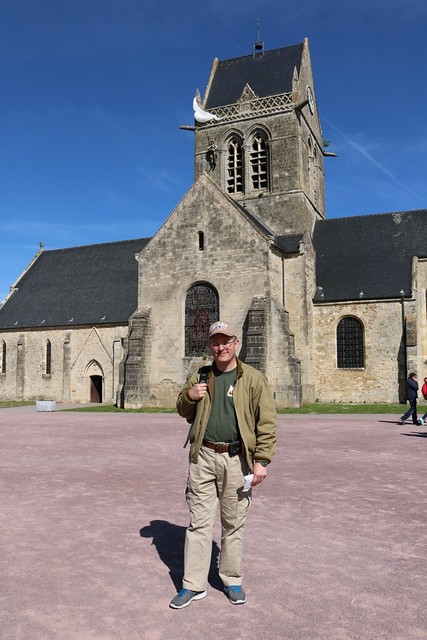 A portion of my War Correspondent collection (something I got into once I started looking too old to portray a line infantryman or bomber pilot): 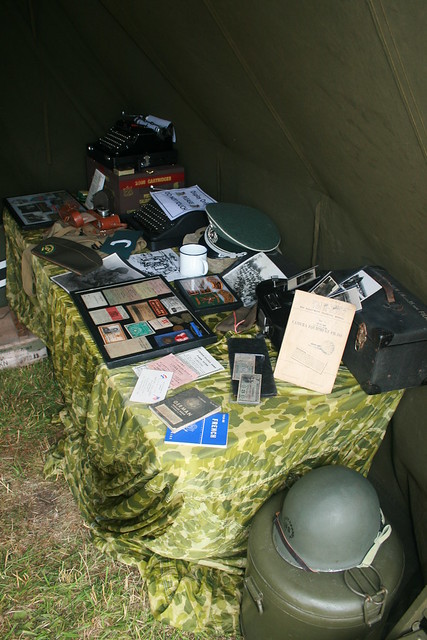 As a Pacific theater war correspondent with my original Speed Graphic camera: 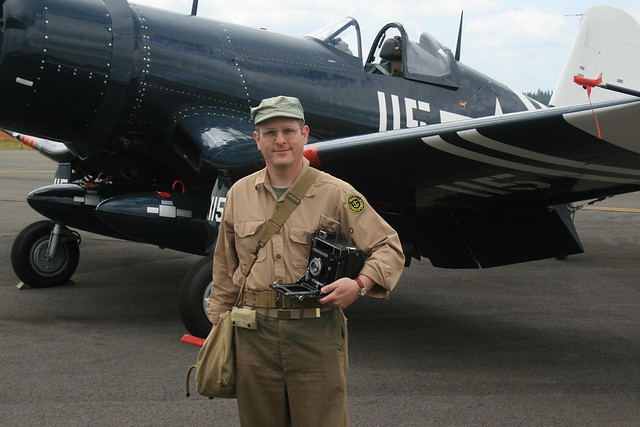 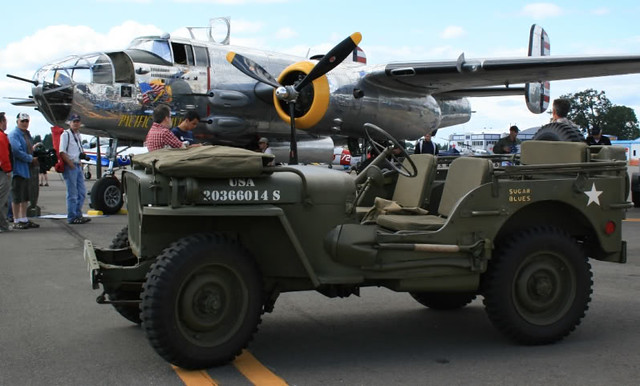 Third from the left, for a Desert Storm anniversary for a parade (that’s also my M249 held by the guy to the left as well): 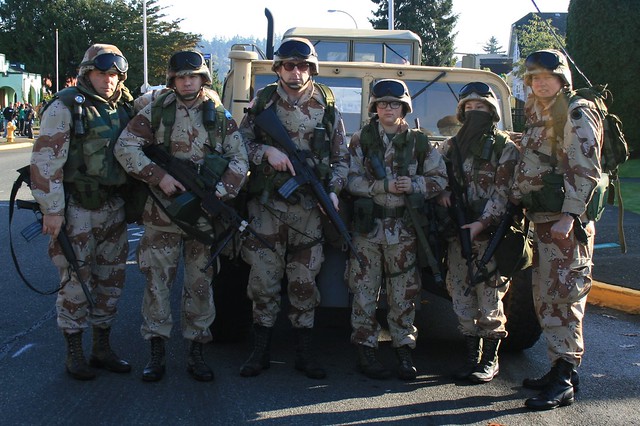 Flying the MMU at Space Camp: 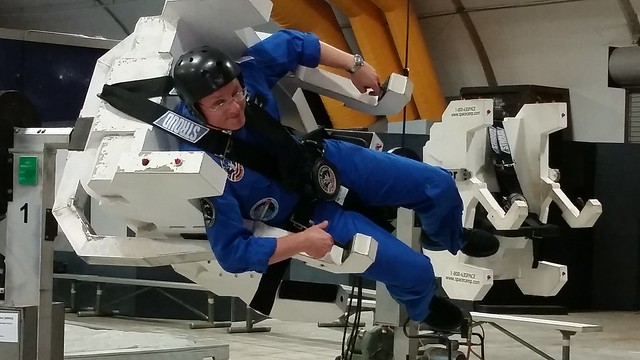 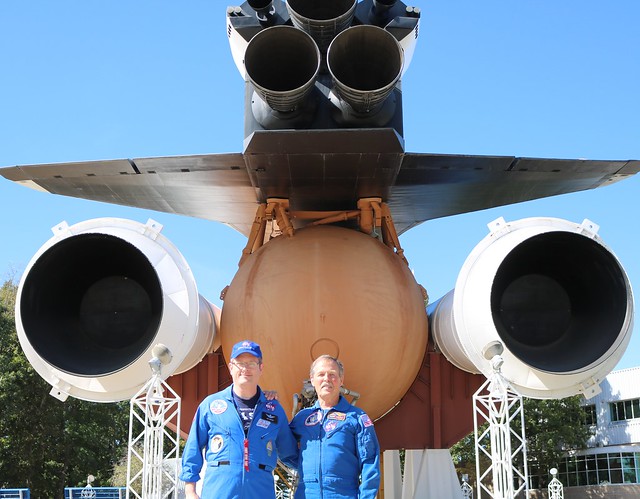 Me in front of the Battlestar Galactica “hero” Viper: 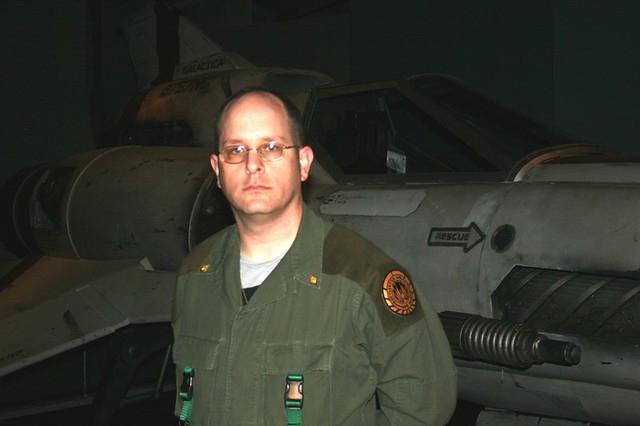 And my Doxiepoo “Sweet Pea”, who just turned 3 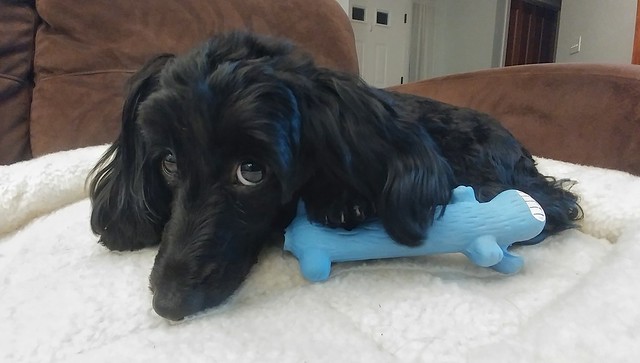 Interesting stuff! Thanks for the intro!

Thanks for the introduction, Lee. Seems you suffer from the same thing we all do, too much interesting stuff for the available time and money.

Thanks for the introduction, Lee. Seems you suffer from the same thing we all do, too much interesting stuff for the available time and money.

too old to portray a line infantryman or bomber pilot

I was in O as a little kid, then HO through my teen years, and G from my late teens to 20s.

Though I kept my G scale stuff (mostly Bachmann and some LGB, all US stuff) through my time as an Army officer, I had bailed from the hobby entirely due to a horrible set of experiences with a modular group where I grew up. I won’t launch into the drama I experienced but suffice to say had my father (who has always been a calm and shy man, but one you wouldn’t anna cross) heard the stuff that was done to me then, he’d have gone down there and really messed some people up. I swore to never get back into the hobby after that and left it for years.

I moved to the Pacific NW, married a local gal and got out of the military and soon found some of the local ops guys. I realized there were good people in the hobby after all, and then Bachmann came up with my beloved ET&WNC ten-wheelers in On30. The rest, as they, is history. I had to re-learn a lot of stuff and found so much had changed for the better. When I built my dream layout I’d always wanted as a kid in On30, I was flabbergasted at the reaction it’s gotten both in real life and in publications. I only see the limitations of what I did and it doesn’t look like I’d imagined, but I guess it’s different (On30 done with strict adherence to historical authenticity, and a prototype that isn’t modeled much).

I don’t miss HO scale one bit. I do wish I could have done exactly what I did in G scale, to be honest, but On30 is an excellent balance between big enough for good details and small enough to use in a smaller room…

Welcome from another relatively recent returnee to the hobby! And, yes, I am among the many here with too many hobbies (this one; Civil War living history; SCUBA diving; fencing; raising kids; etc.). You are in good company!