Such as it is.

Couple years back, I redid the track plan, turning the lower level from two loops into one big loop - I wanted a bit more distance between stations. One effect of this was that Middleton Station (the ‘big city’ on the layout) suddenly gained space enough for an actual platform instead of the previous undersized ledge. Building said platform got put off - until now.

The gain in space lets me do more than tack on the platform. It lets me more the entire station - a two-part, four-story abomination out two inches, providing a better view into what I think of as the ‘back court’ - an area I added to give Middleton a bit of depth. (Most of Middleton facades.) That doesn’t quite fit the terms of this year’s Mik, but it’s part of the same project.

Also included is a retaining wall bordering part of the platform (which will also serve to hold up one end of a street or parking lot.)

More carpentry than modeling…but I do have a pile of detail items for the platform, so…

Back of the envelope sketch: 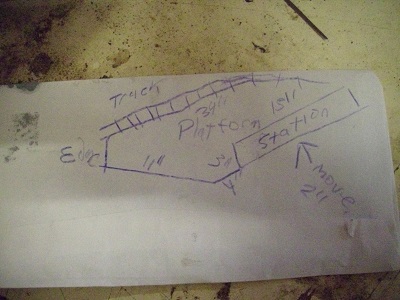 The work area as it stands now: 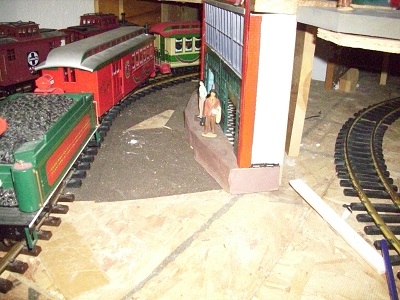 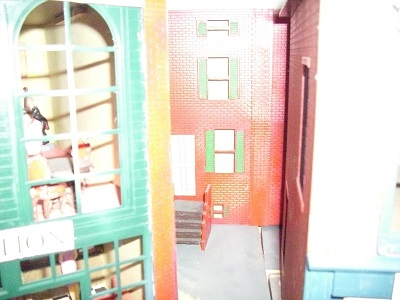 Been having to contend with an assortment of ‘life’ issues ranging from the annual tax nightmare to leaky pipes.

That said, a notion did occur to me to make Middleton Platform a bit more interesting - extending the station a tad.

Collected some wood and panels from the ‘Colorado Model Structures’ pile. Trick is how to assemble everything…

Collected some wood and panels from the ‘Colorado Model Structures’ pile. Trick is how to assemble everything…

Don’t matter me personally and I am a judge as we all are for the Mik challenge. Assembly can range from scotch tape to bubble gum or E600 and then there is 3M adhesive along with both and pinning or nail and screws. However if you can vac seal it and send it up on a Space X mission when the astronauts return PLEASE check their suit for any loose change but focus on their boots once back on earth as gravity is a tricky thing.