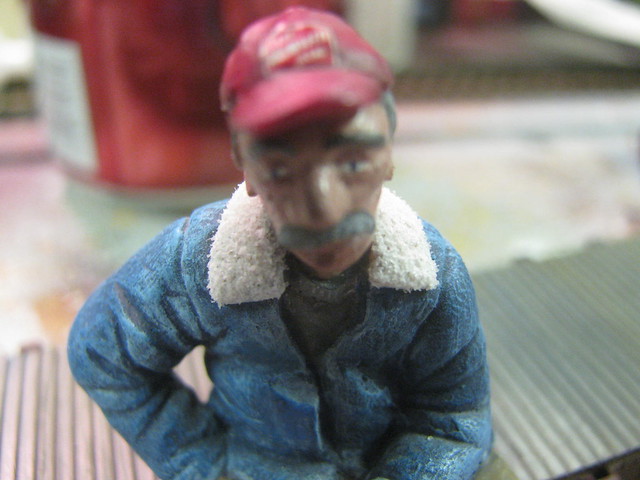 And here’s what was used to do it.
Painted collar area with mix of acrylic medium and flat white acrylic model paint then sprinkled texture over it. 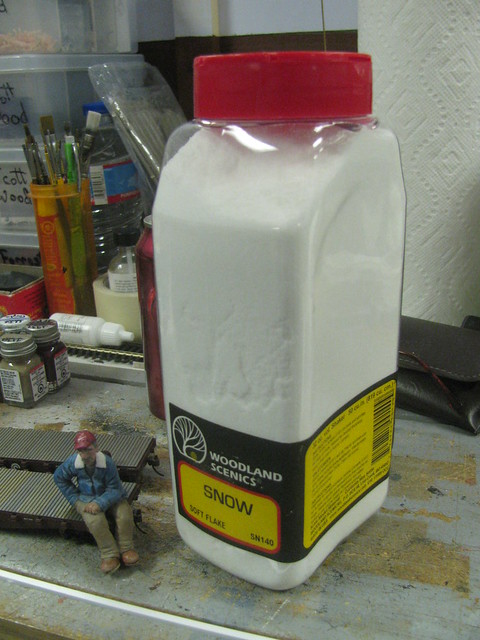 Thanks! Had bought the scenery snow easily 10 years ago when I worked at a HobbyTown USA which used to be in Lee’s Summit, MO.
And, incidentally, in the strip mall on Douglas St which a tornado, F0 or F1, came down right on top of a week or two ago.

Had bought the stuff for use on gaming miniatures. This was the first time I used it!

This will definitely be used in the future. Nice work Forrest (http://largescalecentral.com/externals/tinymce/plugins/emoticons/img/smiley-cool.gif)

This will definitely be used in the future. Nice work Forrest (http://largescalecentral.com/externals/tinymce/plugins/emoticons/img/smiley-cool.gif)

Yes very nice. thanks for the tip.(http://www.largescalecentral.com/externals/tinymce/plugins/emoticons/img/smiley-cool.gif)

Thanks y’all!
My health is a mess and therefore I am very slow, so I don’t have much to post about my own projects. But when I do, I try to make it something useful and/or interesting.

Well this one is both useful, helpful and interesting! That is the best depiction of a fleece collar I have ever seen. The denim of the jacket is also right-on! Well done!

that is a very usefull idea.

… how about “fleeced” sheep?

Aww, thanks again. I don’t remember what the base coat on the denim jacket is, but color was built up in layers of dry brushing and/or semi-dry brushing several successively lighter blue hues of acrylic craft paint.

Milwaukee Road emblem on hat is N scale Microscale decal. I don’t know that MILW ever issued caps which were red, but the clothing colors are ones I wear, and I have a red cap of generally similar shape from Into The Wind kite company, and decades earlier, one with Dodge on it.
If that electric steeplecab in profile pic ever gets more complete, it will be in MILW markings.

Now, need a person in similar seasonal attire for the right side of its cab, to be the engineer/motorman.

Something Korm said brings Wallace and Gromit to mind, but I simply can’t imagine what he would have said that would do that …

Yeah that’s some very nice work. Great detail. I’ll be looking back at this for inspiration when I get to people.

I used flocking in my model car days using that same technique or with spray adhesive. You can get flocking in all sorts of colors and fiber size for different textures. I made carpet, seat upholstery, and even floor mats. I am sure there are a ton of uses in RR modeling and never thought about it.

Here is the same type of stuff (not brand) that I used to use.