to inaugurate my new, homebuilt worktable for toying around with resin and similar stuff, 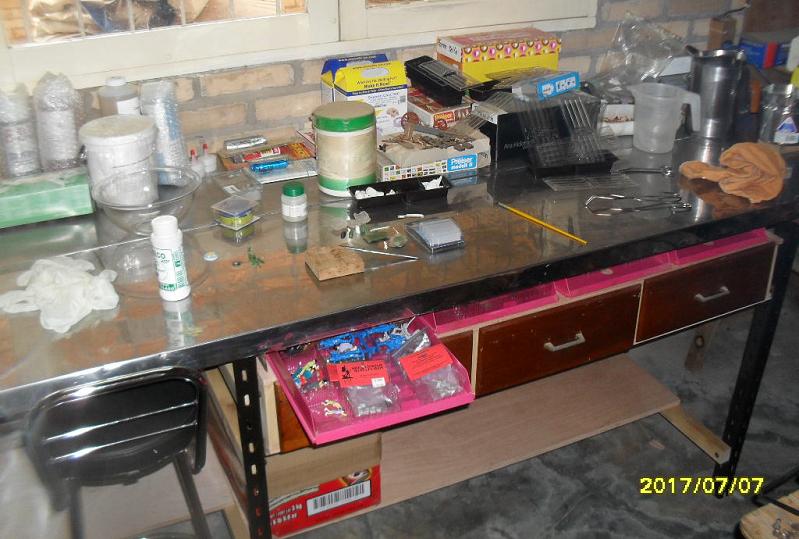 i decided, to try something that should be simple and new (to me)

from the 28mm figures (1:64) modelers i read about things and aplications for materials called the “green stuff” and the “white stuff”.

the white stuff for the molds is something, that gets kneadable from heating in water (they say 170F), then dried and formed around some master. at getting cooler it gets stable, with some flexibility.

to use it again for something else, it has to be heated again.

the green stuff for the copies is just some kneadable two part epoxy, that gets nearly stiff after a time. 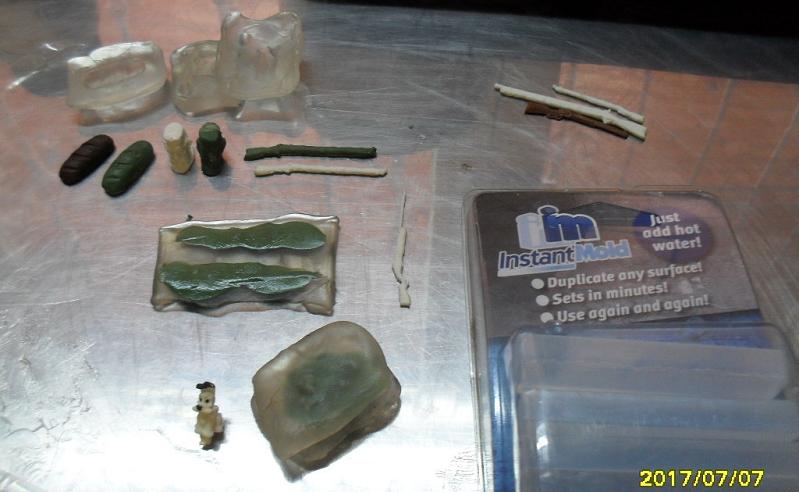 (as i write this, the dog and one rifle are still in the forms)

for mold release i used some vaseline-aloe vera paste, that i had standing around. 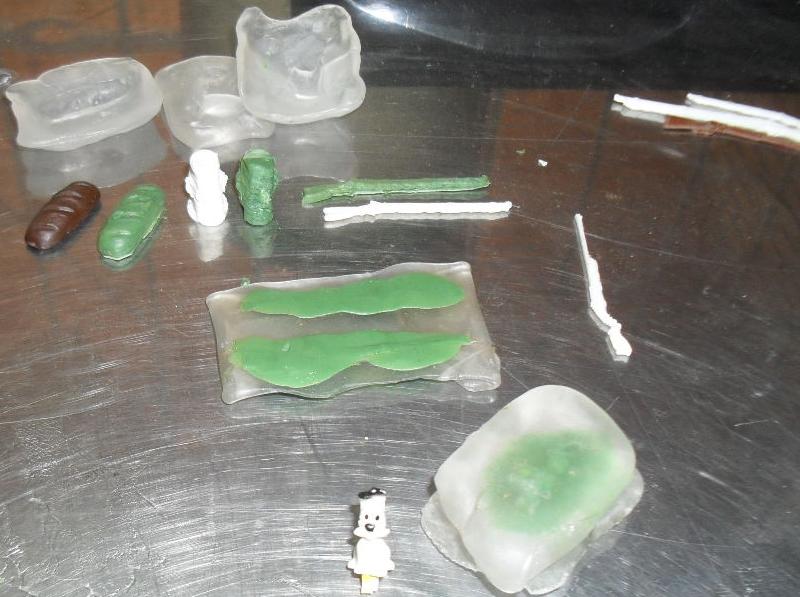 looking sharp, it is visible, that the copies tend to become a little bit bigger, than the originals.

i think, i need bigger pieces for the molds, maybe with boxes around.

on one sided copies (like that rifle) i have to scrape away more green material, that they do not become too thick.

and… smearing the mold-release in with the finger, instead of a fine brush, makes for missing parts in the copy (missing nose in head) 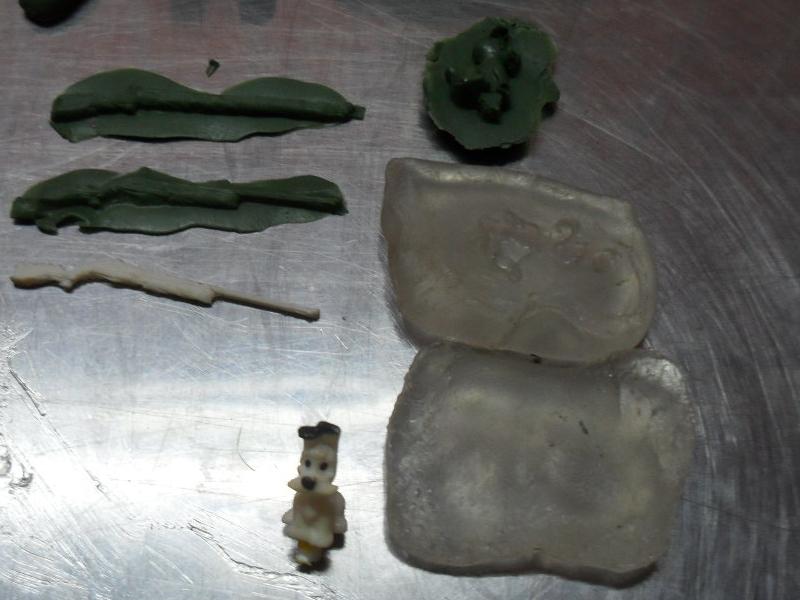 the single barrel is 1.5 mm thick.

It all looks good Korm. (http://largescalecentral.com/externals/tinymce/plugins/emoticons/img/smiley-cool.gif)

Seems easy enough to use, maybe I could even master it(http://www.largescalecentral.com/externals/tinymce/plugins/emoticons/img/smiley-laughing.gif)

Does the two part epoxy get hard enough to sand/file?

Thanks for posting this

The stuff works good. The detail can be good if you’re careful with the molding. Here is the address I order from: http://tinyurl.com/ybqf766o

but i woun’t have much time for this new discovering. they made me chief today.

Rick, it IS very easy… those above were my very first tries.

i will not try to file it with my jeweller’s files. i’m afraid, they would get clogged. the green stays a little soft.

but fine sanding paper should do. or i could use plumber’s two part epoxy. that gets stone-hard.

Andrew, i got the stuff from Amazon.

what kind of things are you making with it?