I have just completed my first-ever scratch built project. While I have build many OCCRE tram and train kits, this is one that I planned and built on my own. It is a Canadian National Railways Caboose c.!
1960. I tried to make it 1:32, similar to my other OCCRE train cars, but it was difficult to maintain the scale. Some things - windows, observation cupola are too large; while other things are too small. I also built a removable roof so that I can show off all the interior details. The roof does not sit as snugly as I hoped, unless I hole it down at both ends! However, despite the faults, I am quite pleased this this. I built the whole thing from surplus parts and pieces from previous kits, although a few items I purchased, and in some cases were sent to me by other train buffs. 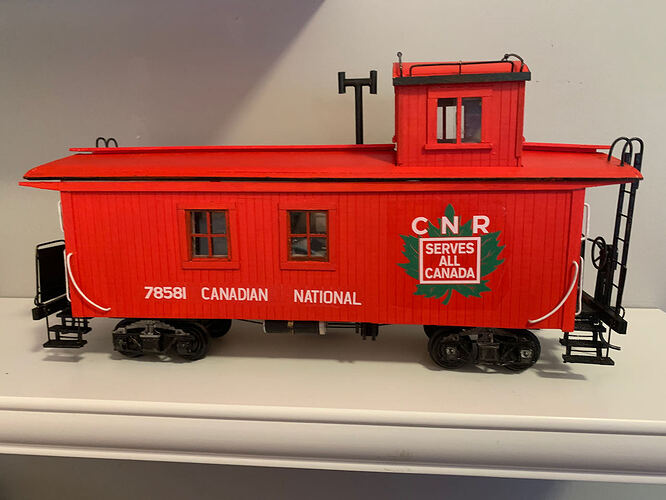 I personally don’t worry too (two, to) much about scale myself as I just model/ build what I like. But we/I LOVE pictures with progress !

Thanks Rooster! Another pic: 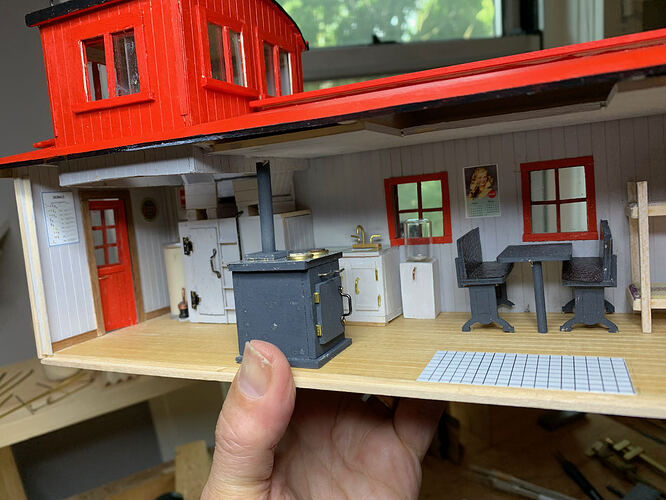 Great model Carl, I especially like your interior detailing. Nobody notices those faults you mention, the only ones to see them are yourself and maybe a judge in a model contest

Thanks Rick. I appreciate your comments. 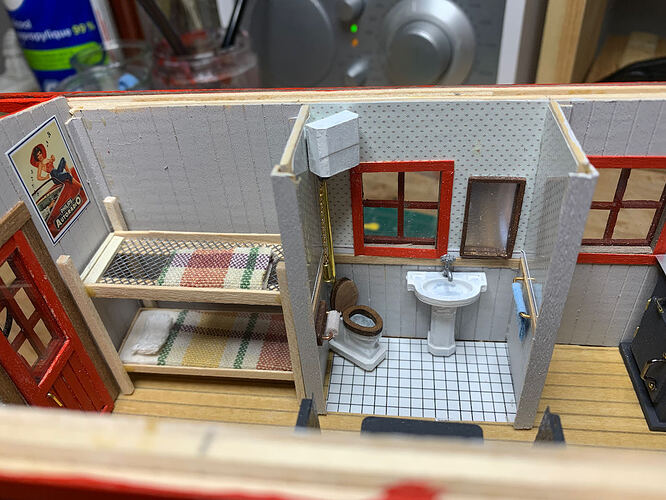 Beauteous work, Carl! I’ve not seen a removable wall method like that, how’d you do it?

Hi Cliff, Thanks for your compliment. The photo of me holding up the model with the interior exposed was taken while I was still building the caboose. I had attached the end walls and only one side wall, leaving the insides exposed, so that I could add in the toilets, etc…The roof was just sitting on the top for the photo. Once everything was in place, I attached the last side wall. But this still left the roof open to make final adjustments.

Maikahi (Great!) work Carl! This would be pleasure to see behind any train!

Well done Carl. Your crews will feel like they’re spending time at the Ritz.

Many thanks David. Yes, the crew won’t suffer. But the 60’s caboose also had a shower, but in my own build, I was running out of space, so they’ll just have to get a bit stinky.

Thanks Eric! I appreciate your comments.

Thanks Shane. I appreciate it.

The roof does not sit as snugly as I hoped, unless I hole it down at both ends!

That happens a LOT! When I made my roof removable, I used some escutheon pins to hold it in place - I just drilled some hole first while holding one end tight then slipped in the pins - I used some needle nose pliers to remove them, but you might be able to come up with something that gives you a grip while not looking out of place…

Sure does look nice!

Thanks Bruce for the tip. I’ll explore different possibilities, including the pin idea you suggest. If I’m not happy with any of this experimentation, I just let things remain as is. This is a static model and will be displayed in profile on a shelf, so I just need to make sure the roof sits flat on the visible side of the model.

Welcome and well done Carl.
We always see our own mistakes, many are not noticeable until you point them out.

Nice work Carl. I never realized that the CN logo was the same as the Central Vermont Railway as seen here on fellow member Al Pomeroy’s former caboose… 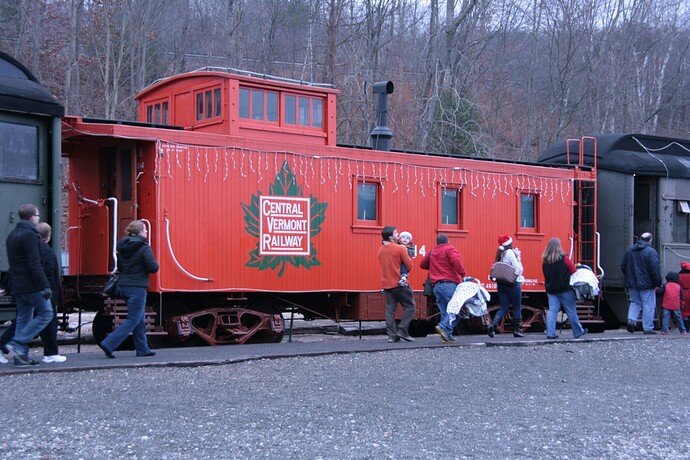 The Central Vermont Railway has been owned by Canadian National since 1927 (I just looked it up on Google). I think that explains the similarity of the logo. Cheers, Carl