So came across this track ballasting car while looking for work train stuff. Pretty cool and a fun project to add to the work train. Patent Track Construction book 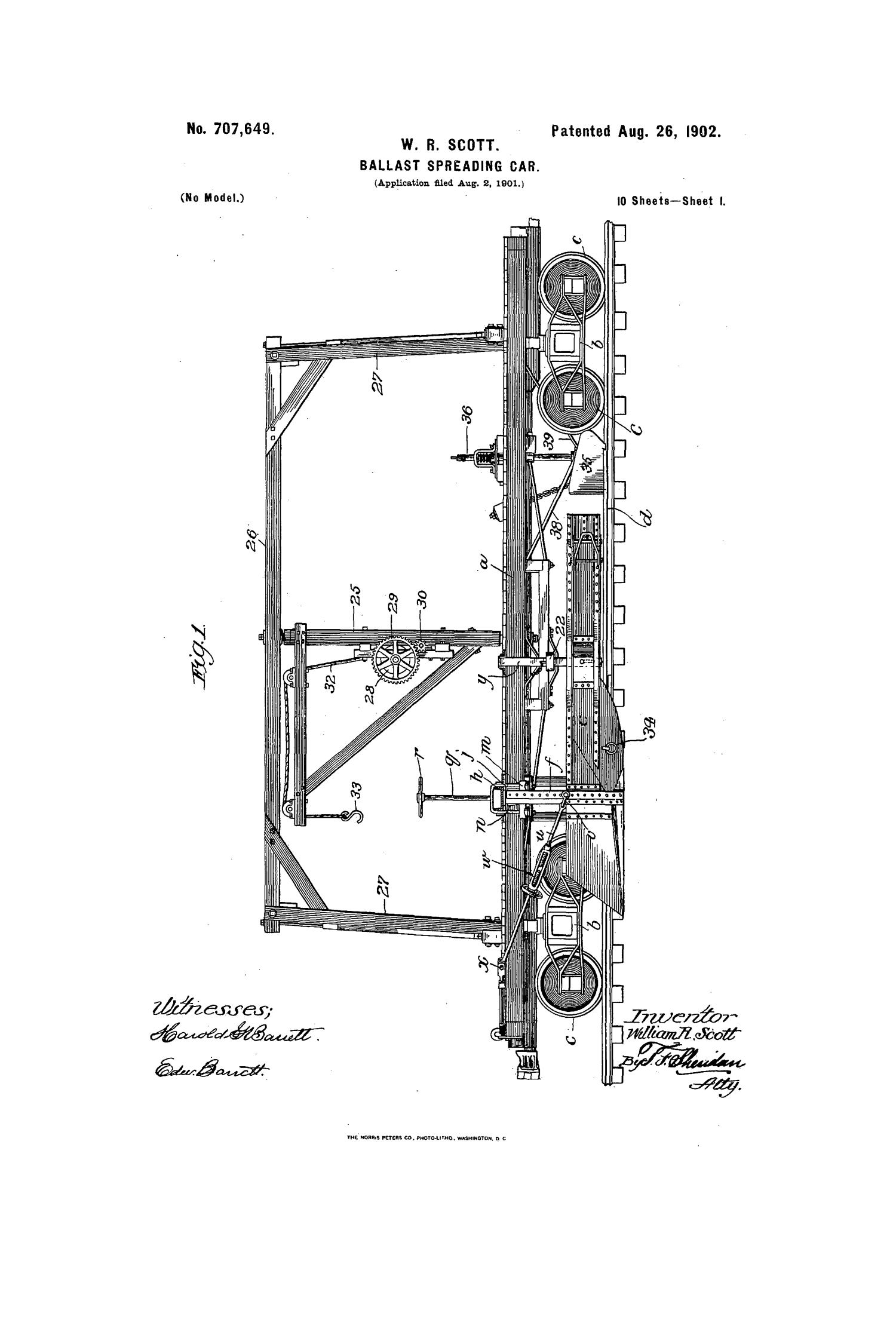 So came across this track ballasting car while looking for work train stuff. Pretty cool and a fun project to add to the work train. Patent Track Construction book

Yeah that sums it up

Thanks for that chuckle David.

Very cool MOW car Devon. Had to check out the plan view from your link,

From the bracing and the shape / orientation of the blades, I’d say the car’s operational direction was toward the left. The big blades scooped the loosely-dumped gravel toward the center, and the little vee-blade toward the right spread the ballast evenly over the ties, inboard and outboard of the rails.

If so, maybe that’s the opposite of how Jordan spreaders work, with their blades acting like a plow (vs a scoop).

After some poking around, I found the additional patent figures; lot of detail! Would be a great model, Devon.

The last figure shows how the gravel is scooped from outboard piles and distributed; figure 7 shows how the derrick is used to lift and stow the blades.

You nailed it Cliff. After reading the patent description. You are correct in that ballast is dumped with side dumps on the shoulders and then the spreader pulls it into the center and then spreads it between the rails with excess being pushed to.the shoulders again.

Very cool and economical design and I think with the drawings and the patent description it can be modeled. May give it a go after the challenge.