some of you might have read the posts about my desaster, trying to scan and 3D-print 1:29 figures. (first pic, upper left)

after putting everything aside and digesting my defeat, i started to think about possibilities to save some of these crippled figures.

so first i smeared some two part epoxy into the biggest holes of the skirt.

the rest of the mixed epoxy mutated to a carpetbag. 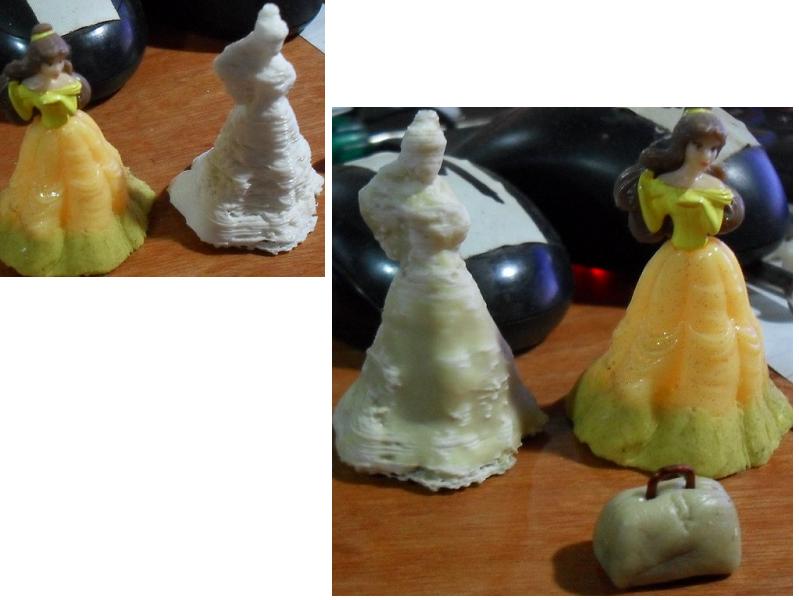 today i got bolder. i tried to build up some arms and a nose.

first she got a nice, good looking greek nose. then i started on the arms… and helt her by the head… tomorrow i will try to make her a nice greek nose.

the right arm i made from one piece, and fixed it at the shoulder and at the hand to the figure.

the elbow ended up a little too roundish, but who will notice from three feet distance?

the left arm shall have the hand sticking out into the air. that was not doable. the thin epoxy roll did sag.

so, today she got only an upper arm, and tomorrow, when she gets her greek nose, she will get the lower arm too.

as you can see by the growing number of luggage, again i mixed too much epoxy.

next time i will prepare thinner wire and thread for grips. 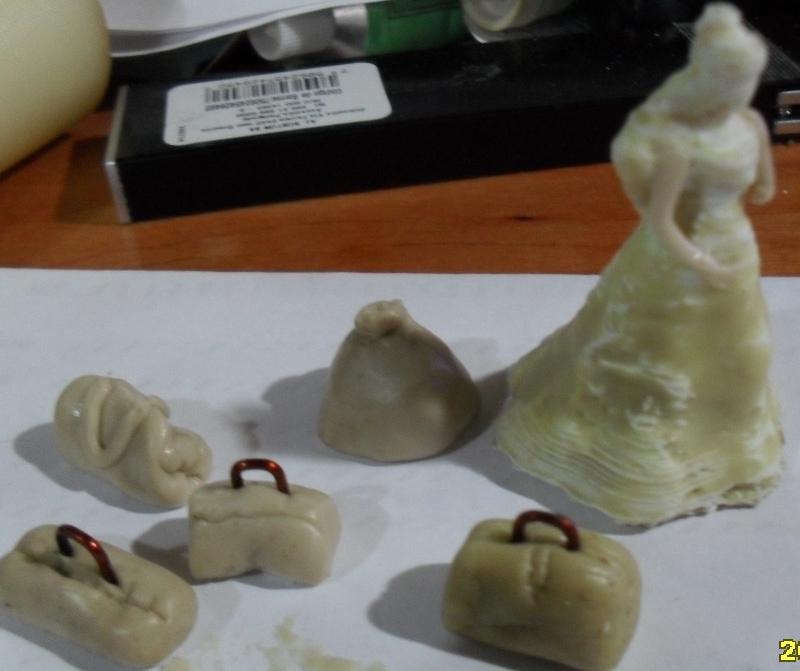 to be continued… eventually…

one problem in this scale (1:32) is, that the female arms are so thin, that any wire, that would fit inside, does not help stability.

after accidently breaking off the half left arm, i made an entire arm.

now i am pushing it back into position every ten seconds, or so.

made a nose as well. not greek, not nice, but a nose of sorts.

hoping, that the color will mask the small imperfections. 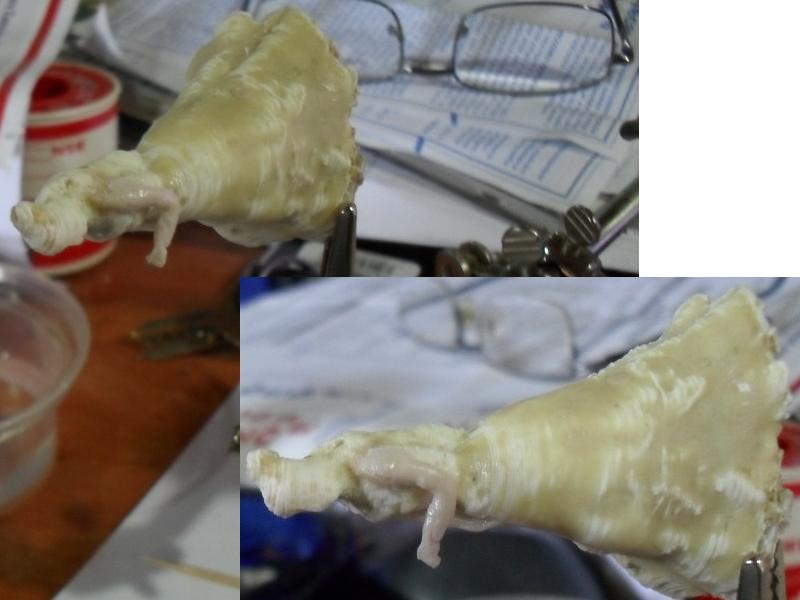 it dried without breaking or sagging. 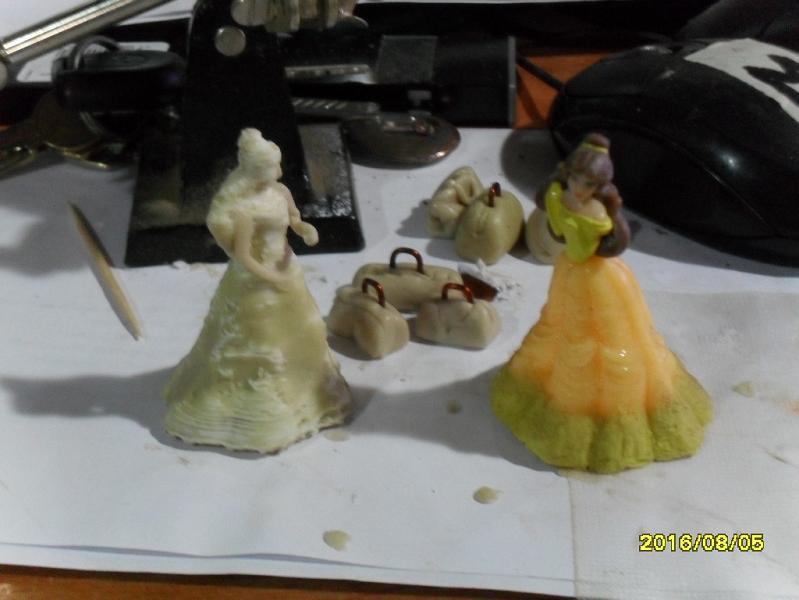 well, progress has to wait a bit. today and tomorrow i’ll spend my free time at a first response course for snake bites.

so, maybe wensday i can start painting.