In another forum I lurk on, which I won’t mention, (railroad-line.com), I used to follow the Raritan River Railroad section and post my models. They had a thing they did in HO, where they would mail a piece of rolling stock to another railroad. That person would run it, and take pictures on their layout, then mail it to another person.

In Large Scale the postage would be prohibitive.

If you look in my Album entitled “ECLSTS 2014” you will notice that in some of the pictures Rooster photobombed some people. For those that don’t know, that means someone who was not supposed to be in the picture sticks their face in.

So if it’s OK with Bob, here’s my idea: I purchased a Rooster, about 5" high. Take a picture of Rooster on your railroad, post it in this topic. Then mail The Roving Rooster to someone else you know, and let’s see how long we can do this, and how far Rooster can travel. Kind of like “Flat Stanley”. If you don’t know who that is, ask a kid or a teacher!

It was a nice day today, so I wandered out to check out the weeds. The guys had left a boxcar on the siding.

Hey, wait a minute! What’s that hiding around the corner?

Rooster hiding around the boxcar! Call the Railroad Police!

Here’s the Rooster I will mail, but I don’t know who to mail it to! Any takers who think this is a good idea?

Cool idea Lou. G scale central did this. Someone sent a boxcar from ne person to the other. It started in CA. Each person signed it and posted a picture of it on their railroad. Its been in the US Canada UK and still today its making its rounds. I think they called it the round robin. I had it as well as Vic.

Sure count me in. Did this a couple times before with boxcars, one of them is still on the move after five years on the go…I think its currently in Tasmania.

Sounds fun to me! However, it might be easier and cheaper to mail a smaller rooster like Bart’s.

Why a rooster, why not a Ken doll…Ken Brunt has visited more outdoor, and indoor model railroads, all over North America, than any barnyard creature…he should be the figure depicted in pictures…give the guy credit…he spreads more goodwill than any of us…

Neat idea. If I can get him around TrainOps time, he can stalk the gang here, and at Stan Ames’ place.

We have a winner!

Bruce Chandler will be getting a package in the mail. I’ll have to remember to punch air holes.

I don’t know, Fred. Ken Brunt looks nothing like a Ken Doll. If we used an accurate representation, it might scare women and children!

the chairman of the Southern & Gulf RR said:

“Let zat Rooster kome. he vill be most vellkome.”

We have a winner!

Bruce Chandler will be getting a package in the mail. I’ll have to remember to punch air holes.

Bruce Send it to me next! I’ll get it to Bob after! Sean

Sean if you get that Roving Rooster you will have to bring it around the immediate area to visit Dan’s , Ron’s and my layouts for a visit. There are probably many more RR’s that we barely know about.

Don’t forget the Pacific Northwest we have quite a few LSC members living in our area. We’ll get that “Chicken” pasted around and photographed.

Given that Roosters are not known to be great swimmers, here is a proxy one.

We probably need a picture of it here as well…

The original pictures seem to have vanished…but some DO exist on my computer. 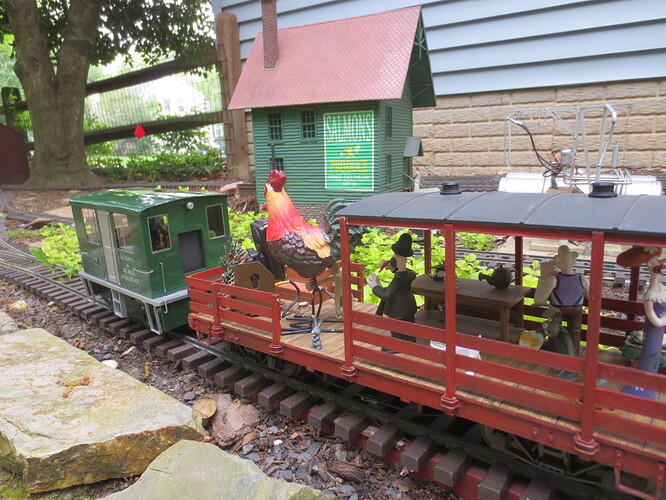 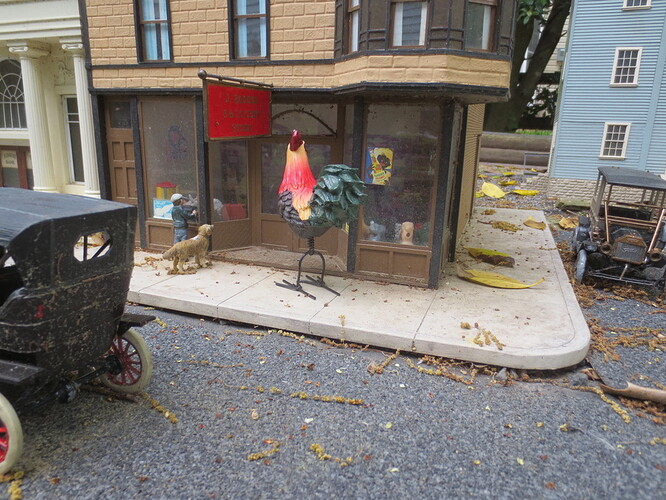 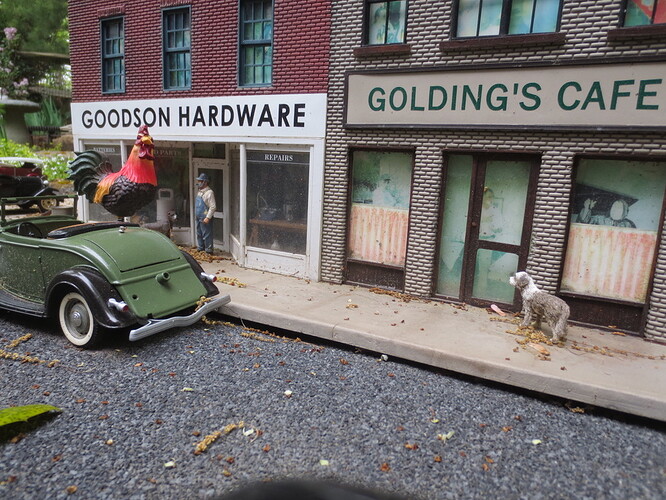 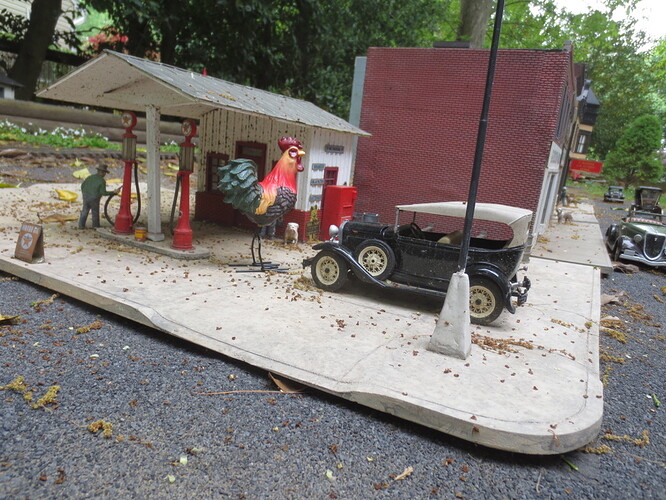 In about mid-October we’re having an Open House on the Dirty and Dusty that’s open to LSC members. Maybe the Rooster can make it to the desert for a visit if he doesn’t melt?

I don’t know, Fred. Ken Brunt looks nothing like a Ken Doll. If we used an accurate representation, it might scare women and children!

Ya know…somewhere sometime ago I saw a fisheran figure that was sitting in a boat…fishing… and it DID look like Ken… Anyone remember who what that one was?