Return of the King

Today I mailed the down payment for a live steam Roundhouse Darjeeling Beyer-Garrett in maroon finish plus nameplates that read Aragorn. Since Aragorn was the character in The Return of the King who eventually became the king of Gondor, I think this is a fitting name for the Brandywine & Gondor Railroad’s largest and most powerful locomotive. I have been saving for years to buy this locomotive.

Has anyone on these forums had any experience with live steam Beyer-Garretts? I am hoping the valve gear will not be too fiddley. I would hate to have a locomotive try to pull itself apart or crush itself. I read once in Trains magazine that the U.S. Army Corps of Engineers rebuilt a Turkish Beyer-Garrett, but did not get the valve gear right, and it tried to pull itself apart!

David, your LOTR work over the years has been fun and amazing to see. I’m so glad you’re acquiring the Aragorn, and am looking forward to seeing you put him through its paces.

Maybe you could show us all your LOTR lineup sometime? You’ve probably already done that, and if so, could you repost a link?

Personally, my only Garratt is a group build with two Dora motor units and a custom frame and boiler but I have seen a good many of the Roundhouse versions run on video. They are magnificent locos and are sorted by Roundhouse before they leave the factory so I don’t think you will have any trouble. Which color did you order?
Tom

Maybe you could show us all your LOTR lineup sometime? You’ve probably already done that, and if so, could you repost a link?

I second that motion!

Here it is again. With the Freight Sheds gone, I suppose the photos are gone too. 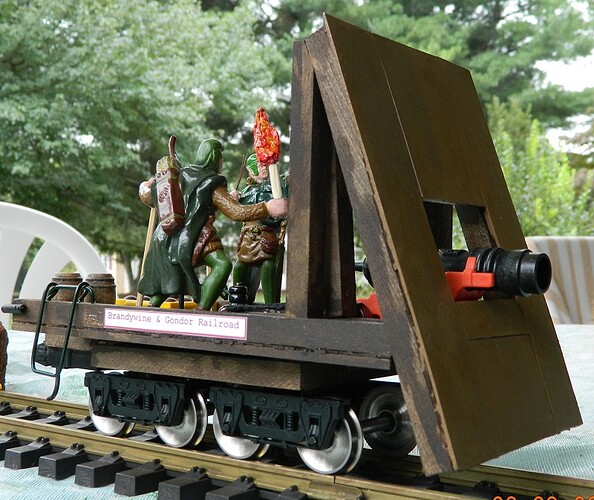 Balrog2800×673 205 KB
This is the train Protection Vehicle, otherwise known as the “Balrog Catcher”. It rotate 360 degrees on its chassis, useful at stub terminals. 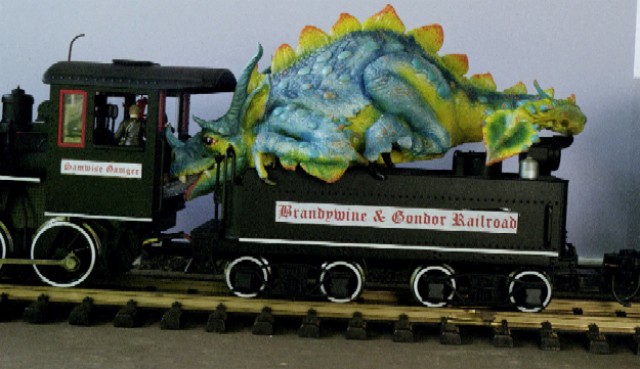 This is the Samwise Gamgee, fired by “Smaugette,” a friendly dragon. 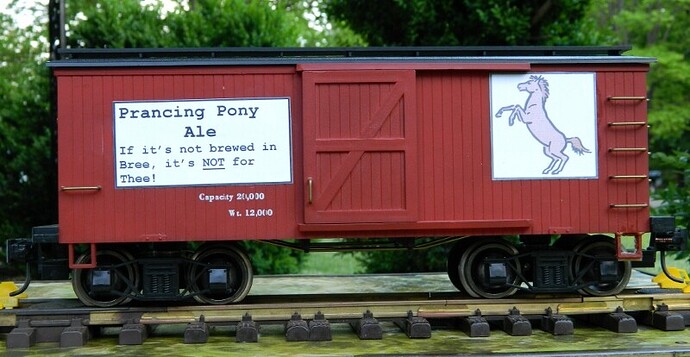 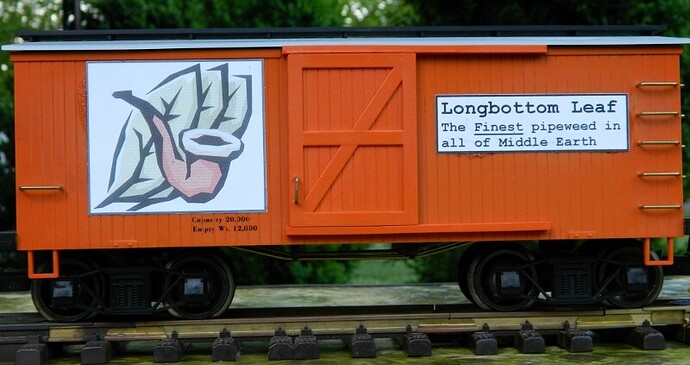 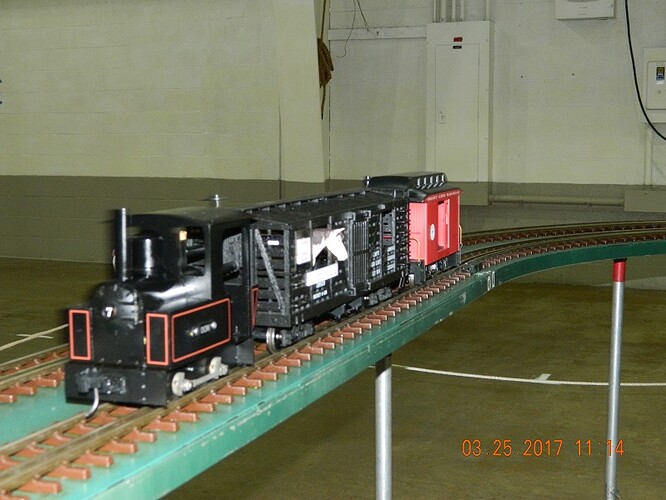 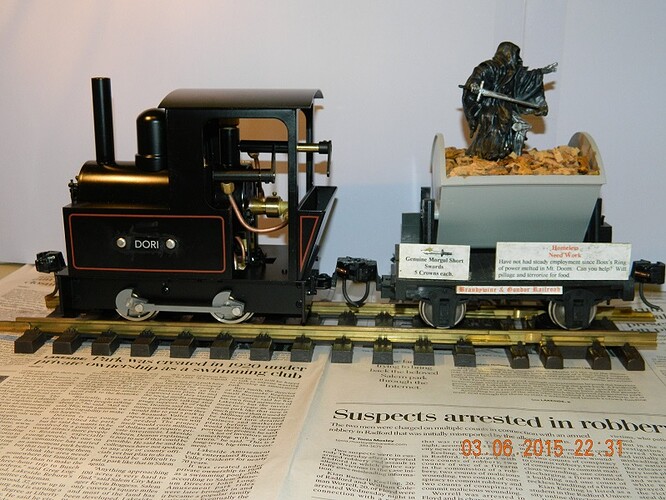 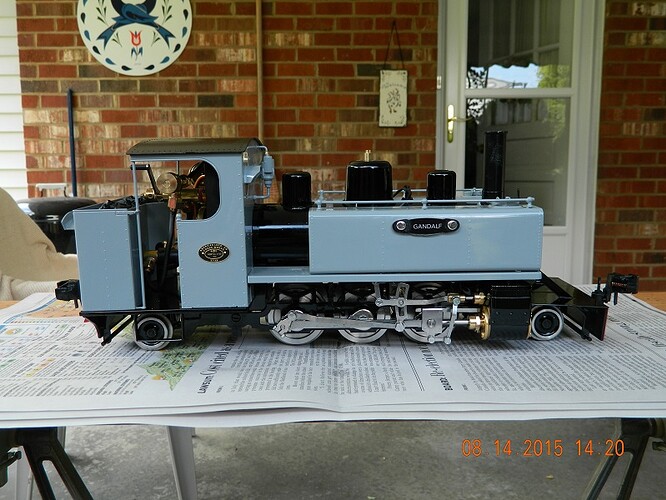 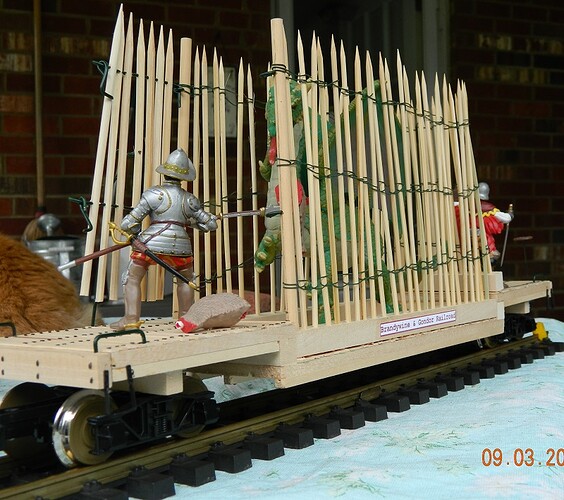 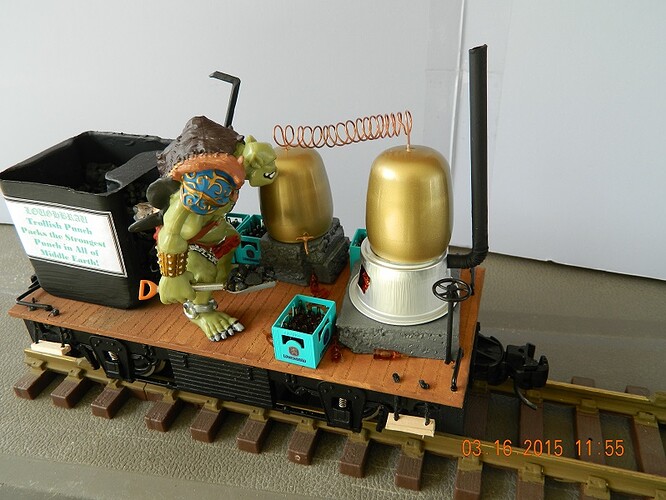 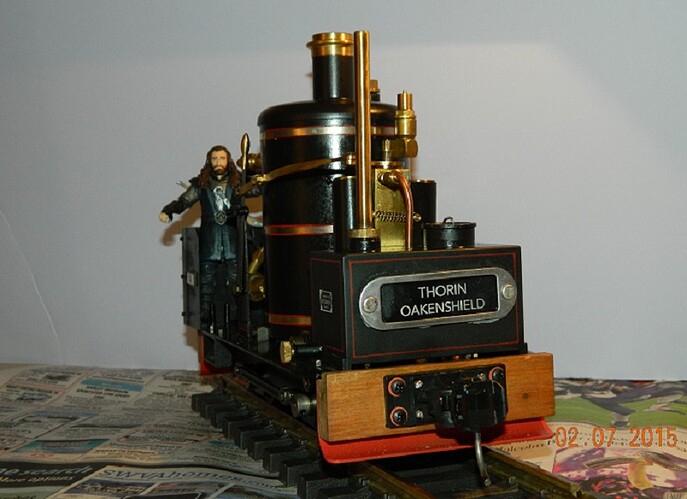 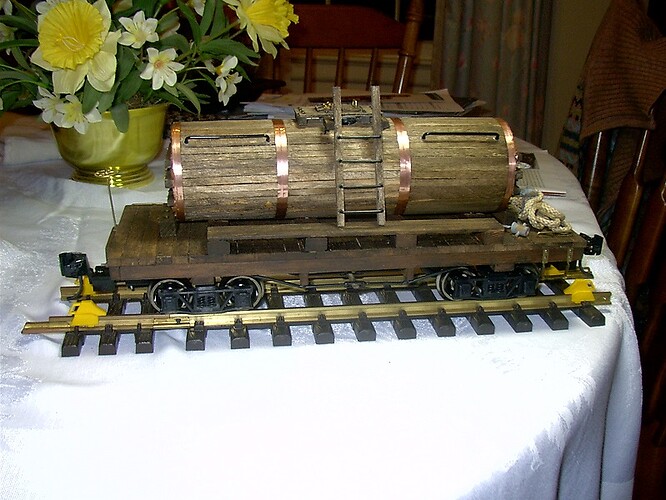 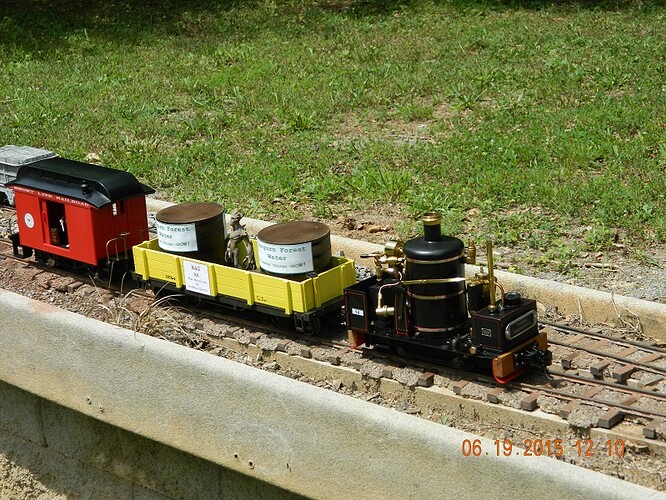 SK061909800×600 282 KB
Another primitive tank car staffed by a small ent. P.S. I couldn’t find an ent figure, so I substituted Groot from Guardians of the Galaxy.
That is all I could find for now.
Best, David Meashey

P.S. as of 5/16/22 found one more photo. I knew I had another sparky on the roster (NOT Rooster). This very small freight locomotive is named Peregrin Took. The caboose has the dwarf conductor. 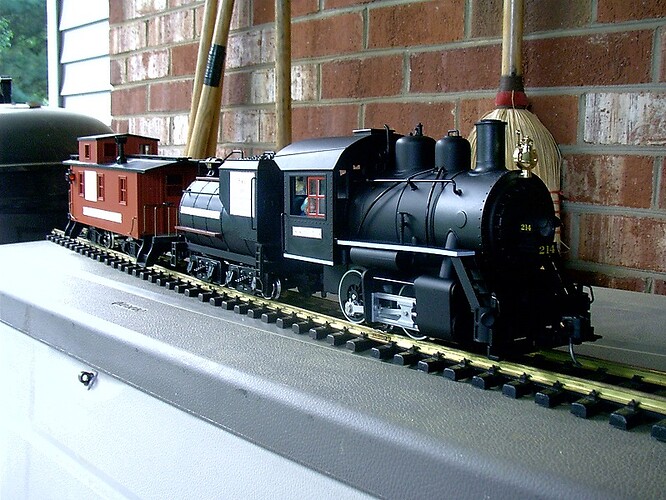 My favorite is the dragon-fired Gamgee, awesome!!

Some people have way too much fun in this hobby, the problem with that is, it’s not me. I have fun but not like you David.

Thanks for resharing the railroad and all your creativity!

Dave, I believe Roundhouse only sells this model with r/c, as working dual reversing gear from the cab is way complicated. There are 2 servos set up to do the job, one on each end unit, so you won’t have any problems.

Looking forward to seeing the pics. I’m in Africa and our cocktail trip onto Victoria Falls Bridge was behind a 14A 2-6-2+2-6-2 Garrett. 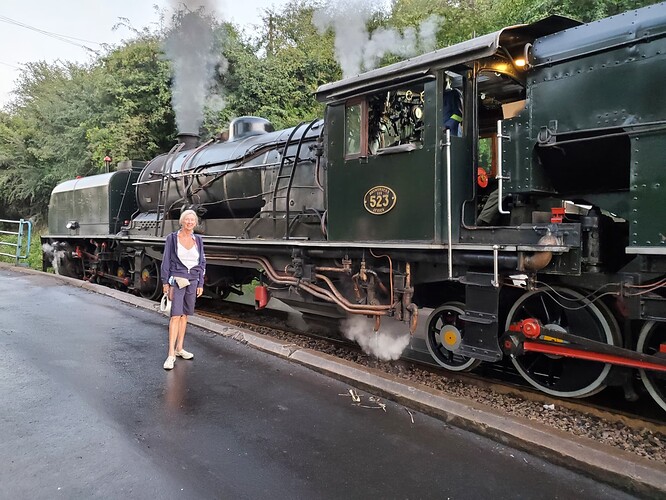