As part of an outdoor lighting project, I figure now’s the time to bite off one more lighting task: cleaning up 3 real RR lights, lamping them for 12v operation and installing them somewhere.

The first two were given to me by Dave Marconi (aka Hollywood), when we were at last year’s KOPS. Thanks again Dave for your generosity. Hard to believe Ken’s gone… these will remind me of him.

I’m guessing they’re signal lights? Anyone know about this type? 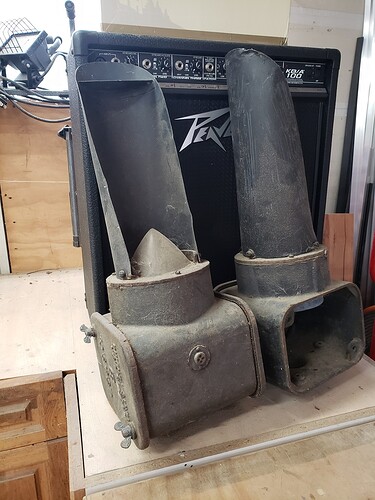 The first step was to disassemble, scrape out lots of putty and disintegrated gasket, and generally clean up. 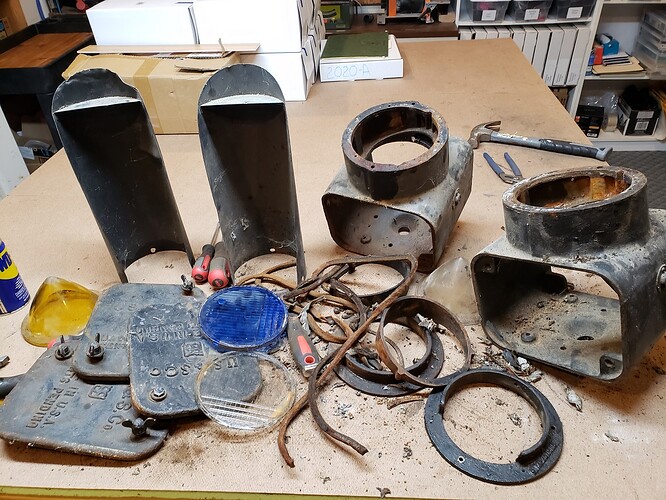 Here’s the pile after cleaning, and chasing all the many rusty tapped holes. A couple screws I had to drill out, but thankfully they were brass. For the record (and for me to refer back to!), the blue lens was in back of the clear cone, and the clear lens was behind the yellow cone. 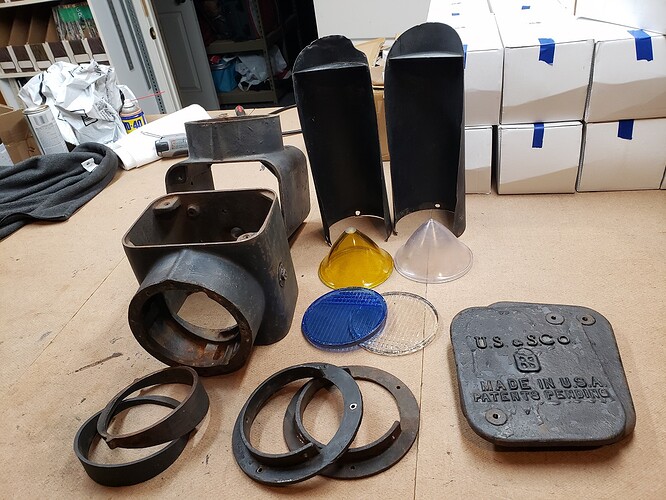 One of the side plates was missing, so I did a quick CAD model this afternoon, and will resin-print it. I’ll glue a plex stiffener in the inside, to help keep the part from warping. 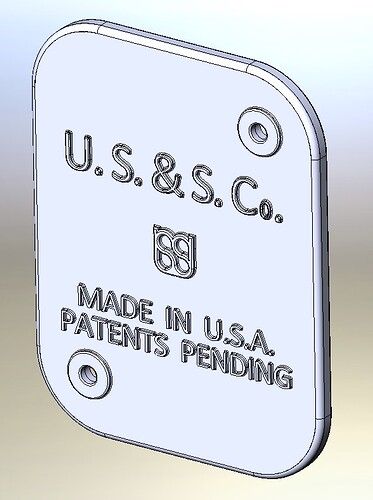 The plan is to treat the rust areas and spray everything flat black.

For lights, I got a cheap 6-pack of LED floodlights, and will laser a bracket for one each to mount with existing interior tapped holes.

The other floodlights are for the other lantern, a 4-sided switch type. That’ll come later.

There’ll be several more steps to this, so I figger WTH, I’ll do a thread. Thanks for looking.

Those are lights that belong to a PRR position light. 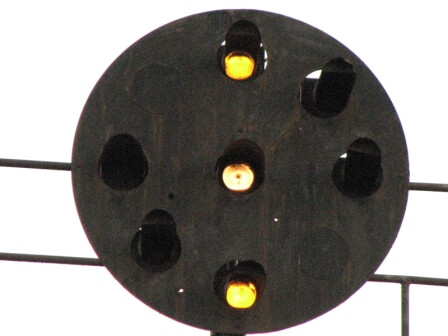 They’re mounted on a spider behind the signal face. 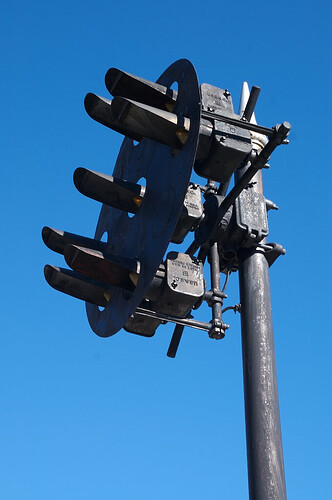 Holed it it one, Bob, thanks very much!!

HAHA! And a ginormous disk plate, and…

Those are lights that belong to a PRR position light.

Um… am I in trouble?

My BIL would though, at least when he was younger, and that’s how I received a switch lantern a year ago.

Maybe your BIL can get you the other 4 lights 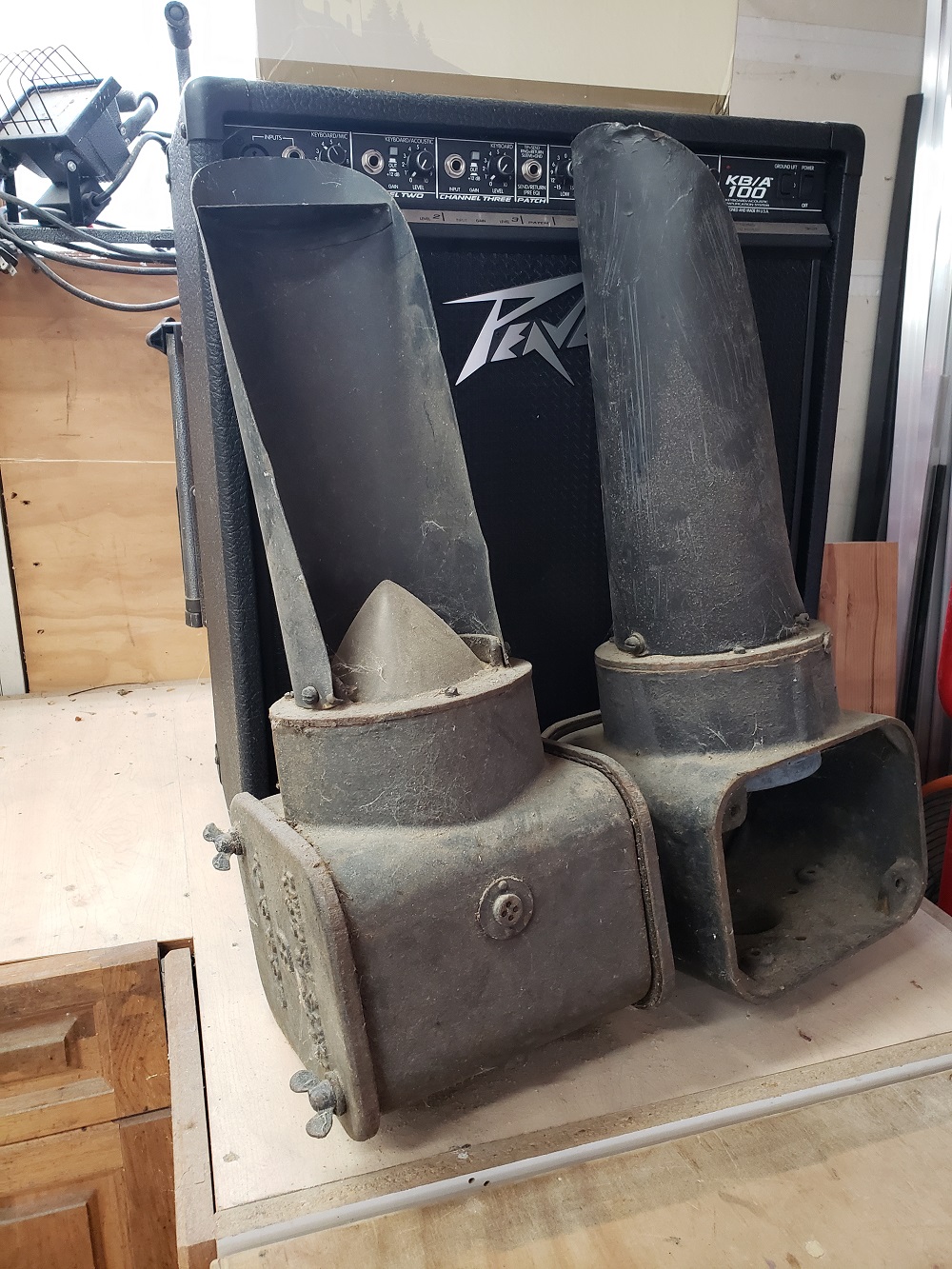 Time to get the band equipment back out Cliff!

I can assure you that Hollywood’s finds are clean and legal. He’s just got connections and a hoarder!

Then he would be just like the rest of 'em

I might teach history but blue and yellow make green…

Don’t know much about the color position signals so maybe the colors don’t matter.

The PRR position lights were just seven amber lights. Color position lights are different where they have at least six lights, but no center light. They are green/amber/red. A complete, restored and working PRR position light can be worth some serious coin, even though the individual pieces are inexpensive. The spiders and the face usually didnt survive scrapping, so there are people that make repos of them.

My holy grail is to find a complete CPL dwarf signal. 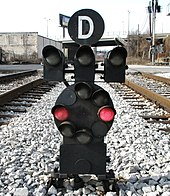 Very cool signal assembly, I can see why you like it Bob.
Must weigh quite a bit! The individual lights have cast iron boxes in the back.

And if you want more ugly details

And a CR training document from the 1970s 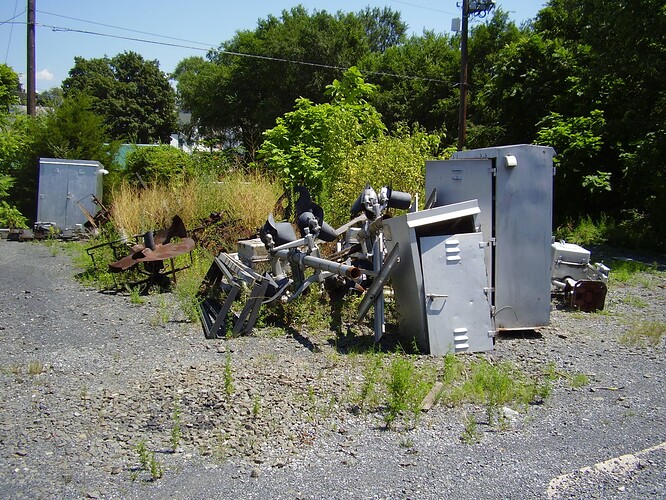 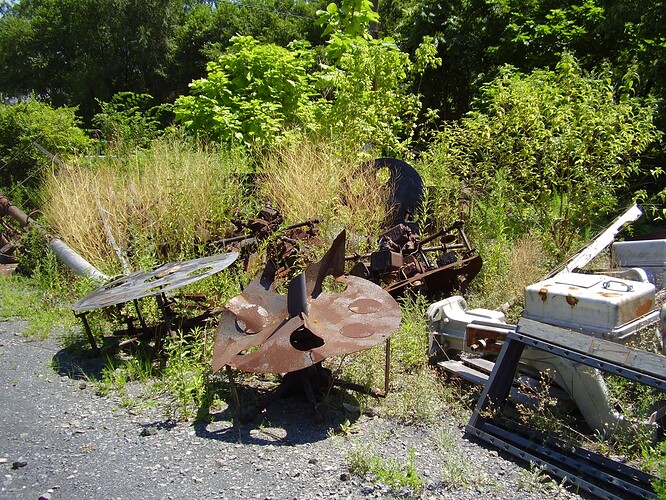 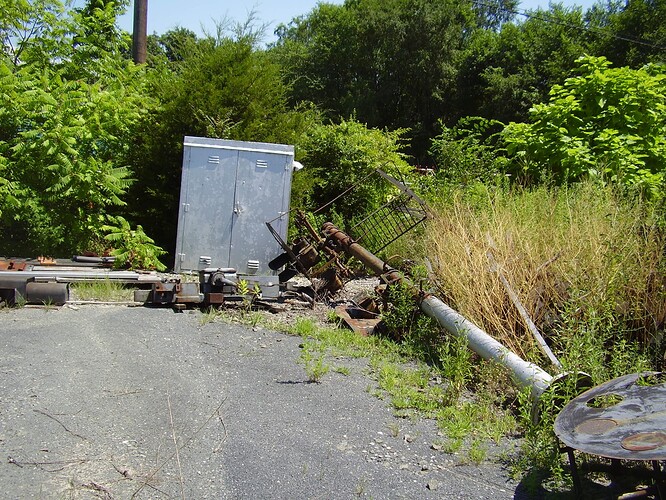 Took these on the north end of Enola Yard about 11yrs ago. BD’s “Holy Grail” may have been there.

While the primer is drying, I messed with the LED light mounting. The two 10-32 holes in the inside of the box make it pretty easy: 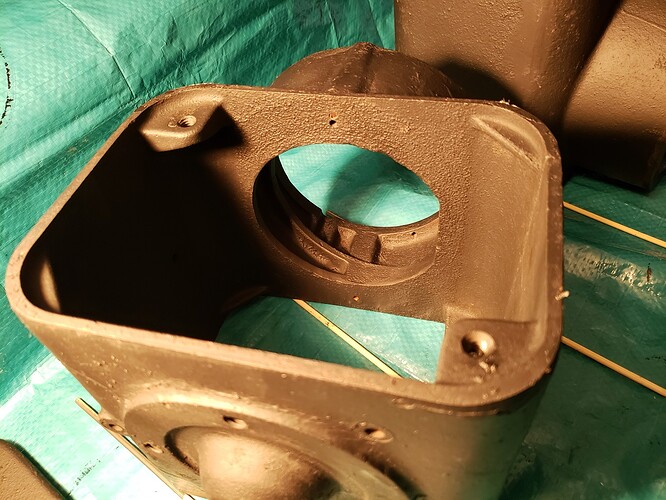 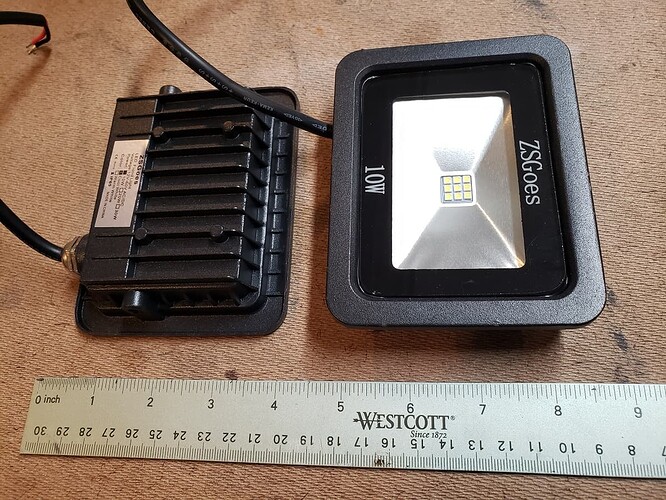 So all that’s needed are some sheet stock pieces that grab the light’s flange, and secure it to the box. 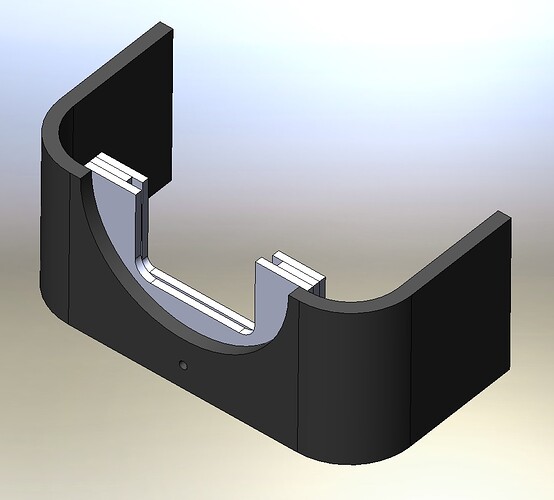 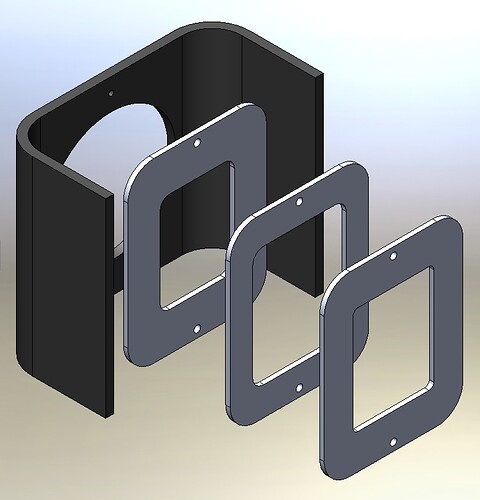 LMFAO …He needs a BIL but I don’t think he has a younger sister !

Yeah Rooster, but there are two ways to get a BIL…

The cover printed overnight, and here’s how it came out. 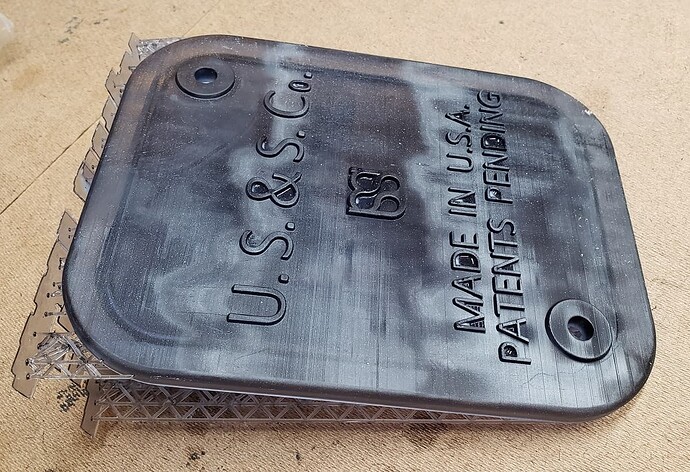 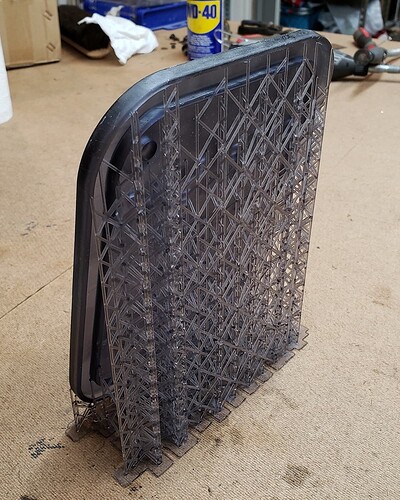 The cover after some sanding. 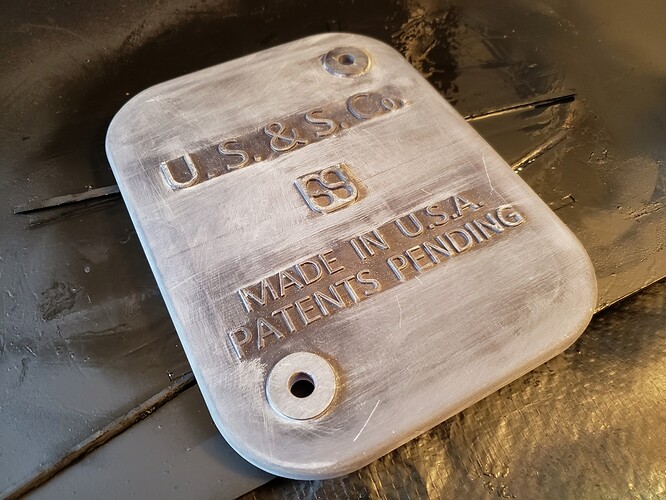 That’s when I realized I’d forgotten to make the final adjustments on the top line’s letter spacing… oh well.

All the parts got painted (or second-coated) before work this morning, and the cover got its final coat this afternoon. 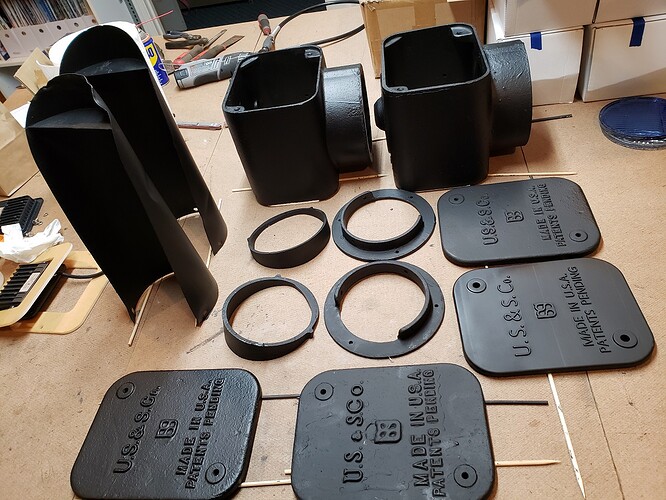 Cheers, and thanks for watching,

I did a few laser parts last night, and did some assembly today, starting with light installation. 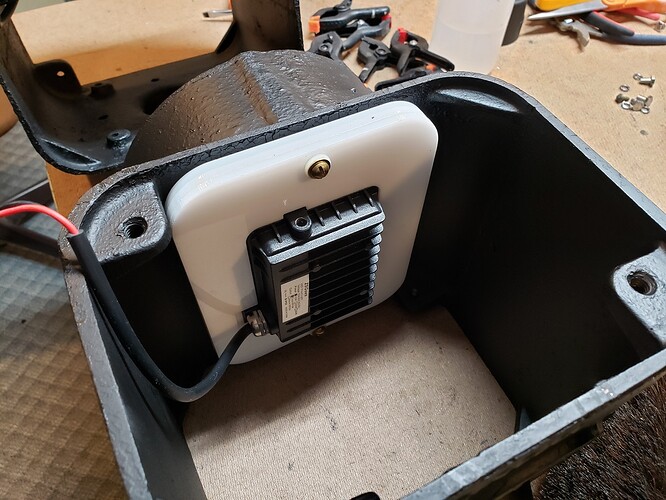 Then added weather stripping between all the lens components… 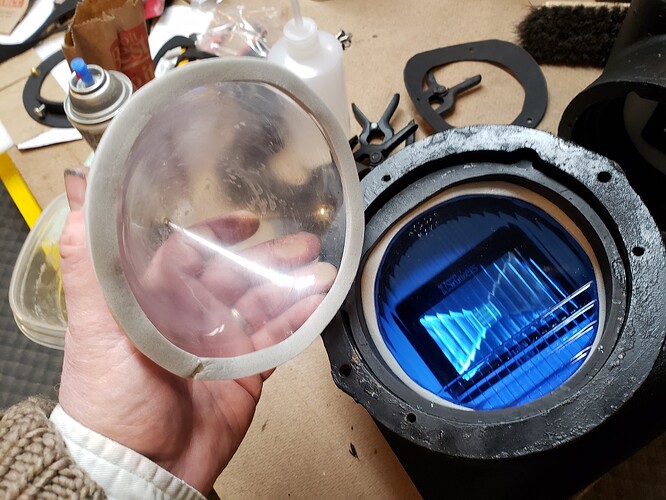 And in the gasket groove on the cover plates. 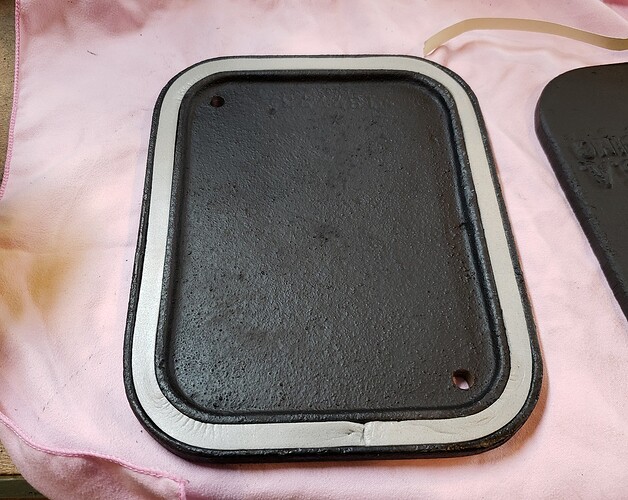 And here they are lit up: 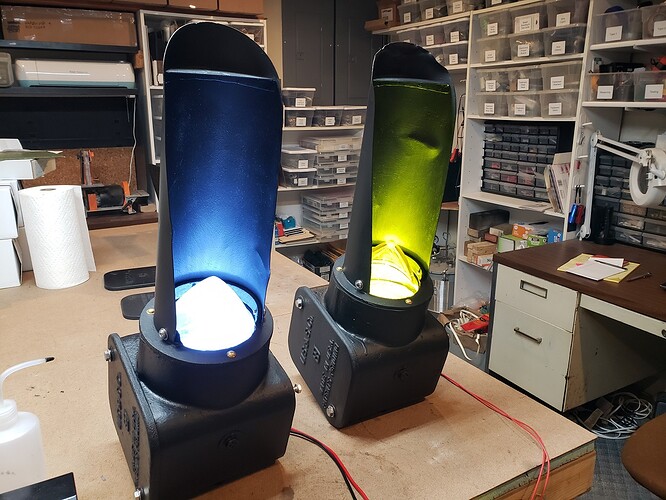 Need to make (or at least design) some hanger plates or boards, that’s next.