Yesterday, Reading 2102 pulled 50+ hoppers from Reading to Jim Thorpe. LOTS of photos showing up on FB 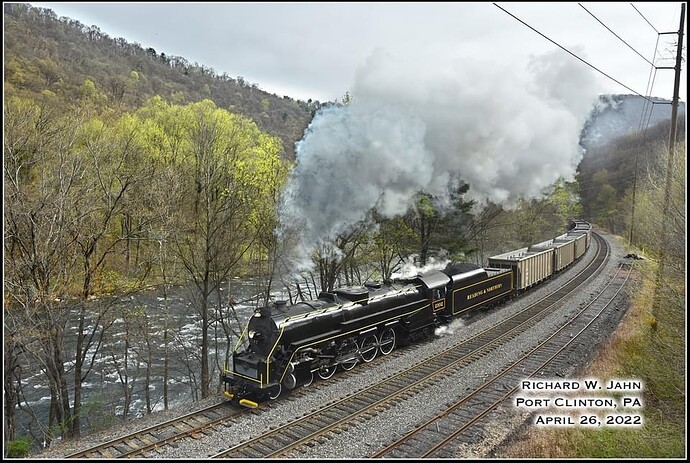 There are quite a few videos on FN and Youtube. Sounds great, but the whistle sounds European! I hope to get down there to see a one or more of the passenger excursions. The first one in May is probably too soon. If you head to KOPS through Reading, you drive alongside the tracks for a ways on 222. 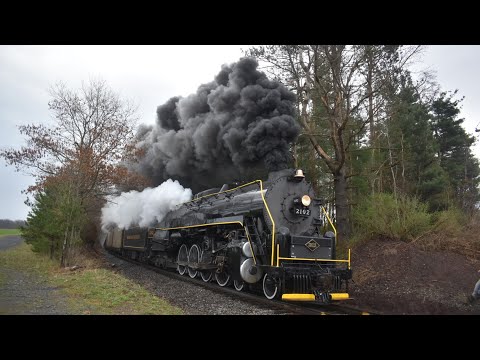 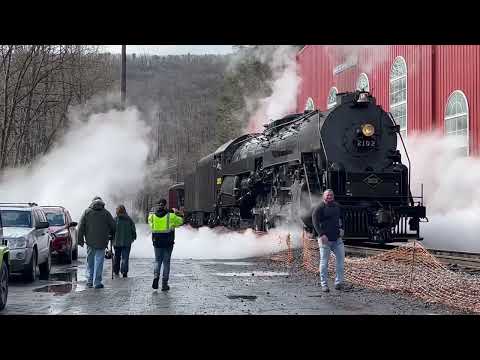 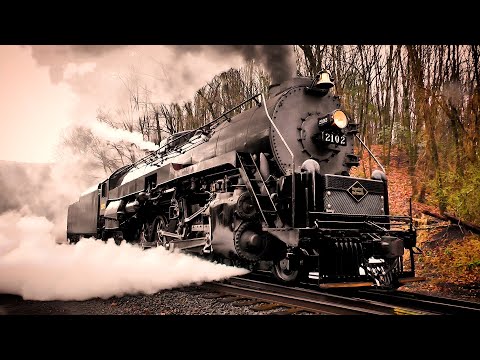 I know someone who helped with the restoration … It came out incredible.

Aren’t those T-1s magnificent?! They were actually a prototype “kitbash”. Built from Reading I class Consolidations. I road an Iron Horse Ramble at the tender age of 13. It was pulled by 2100 and 2124. We were in Port Clinton. The town got its name because it actually was a port, for coal barges on the Schuylkill Canal. Seems strange to have a port in the mountains.

OBTW, if it is still available, the book The Reading’s T-1 - An Unusual Northern, by Rod Dirkes is a really good read on the class. They started out as I-10sa Consolidations. Some stages of the “kitbash” are shown in the first pages of the book. The “shrieking” whistle is a standard Reading freight whistle. 2124 had a more mellow whistle, donated by a G-3sa passenger Pacific.
Best, David Meashey

Wonderful! There is talk here of bringing an ex-OR&L Baldwin 0-6-0 back into steam. Cool. But nothing like this!

Yeah, a 4-8-4 standard gauge loco might be overkill on your islands.

The tender would be in Waianae on one side and the forward pilot in Waikiki on the other side!

Yeah, a 4-8-4 standard gauge loco might be overkill on your islands.

OTOH, I’d pay to see a movie titled “Big Boy to Maui.” Or even contribute to the premise of its script…

The OR&L ran a couple of big 2-8-2s on Oahu (out of Honolulu) but they were 3’ gauge, essentially the same as the D&RGW K28s. Don’t think they ever got to Maui.

Yeah, but that’s why the movie would be cool.

that’s why the movie would be cool

The double-hulled amphibious Mikados of the Lahaina & Kanapali ran the pineapple route, putting in at Lahaina then coming ashore in Honolulu where the L&K had an interchange with the OR&L at the latter’s Iwilei yards. They’d pick up the larger industrial goods there, to include mill equipment from Honolulu Ironworks, before heading back. So, yes, it would make a great movie!

In all seriousness, the OR&L had four Mikado. From “Last Stop Honolulu!” Jim Chiddix & MacKinnon Simpson @2004, the OR&L had “four Mikados ordered 1925-1926. Same design as the D&RGW K-28 class…Differences were a 3’ shorter tender with oil tank instead of coal storage, two air pumps on the left side instead of a compound pump on the smoke box front door, smaller air tanks, different check valve, bell and generator locations, shorter stack and larger headlight.”

The double-hulled amphibious Mikados of the Lahaina & Kanapali…

I think the double hulls are actually outriggers, Cliff. I would suppose those Mikados had paddles on the spokes of their drive wheels. Yeah, THAT might work!

I’m diggin it David. But I think maybe it’s a vertically-articulated loco, just like you describe, but with the detachable upper surface vehicle hosedly / umbilically connected with the motherloco tractively moving on the ocean floor.

Otherwise, no prob. And for funding it could have branch plastic mining operations of the Pacific Gyre and GPGP.

Oops, this thread was supposed to be about the Reading 2102…