Just wondering if anybody out there might have a spare Bachmann 4-6-0 bottom plate with front lead truck, with the plastic axles. We obtained a Northern Lights locomotive that is a favorite among kids to operate at Christmas and it was severely damaged in shipping to us. We had borrowed it at Christmas time on occasion from a nice gentleman here in Montana and I have posted a photo when it was in prestine condition. The owner finally decided to let us have it for our program on a very good trade, so he packed it VERY well and shipped it and somehow (as the photos show) it was damaged in shipping. The insurance didn’t do us any good because they wanted the locomotive to destroy it before they paid us. The frame/bottom plate broke in 2 places, the cow catcher broke, the front lead truck frame broke in the middle, and the plastic axles broke but to our complete amazement the rest of the locomotive drive and body are still in fantastic shape and there is no other damage. Shipping seems to be getting worse all the time, even if you pack things well and sometimes even if they are in a styrofoam container that’s formed for them. Everything seems to get broken in just about every shipment and parts are getting impossible to find at a reasonable price. I checked with Bachmann Trains and all they have is a complete brand new chassis for $100. We really can’t afford that, especially since I know there may be someone out there that either has a parts engine or may have this part in a box somewhere and may not need it. I’m not sure what year the Northern Lights set from Bachmann was produced but I believe it was in the 90s or early 2000s. I think the drive is a version 5 because it has the grease port over the rear axle instead of being flat or having a hump. I hope the photos help but if anyone has a real good frame bottom plate with the lead truck frame (with electrical pick up, spring and wires in it), plus the 2 plastic lead truck axles that are not broken or cracked (or a full lead truck attached) that you would be willing to part with, (or a parts locomotive) for a reasonable price that we are able to afford, we would be happy to buy them from you.

The tender coupler and handrails were broken also but thankfully we had those replacement parts.

I know some of these version 5 Bachmann locomotives aren’t the best quality but thousands of kids have run them in our program for a lot of years along with our more expensive stuff and they seem to do really well as long as you take good care of them, keep them lubricated properly and don’t pull more than two to three cars, which I believe is actually quite prototypically correct anyway.

The kids and public that we serve each year seem to really enjoy these engines and especially this one because of all the LED Christmas lights on the side of the locomotive, tender (plus a second LED lighted tender that we obtained) and an LED Christmas lighted caboose.

It’s a real hit at the Children’s hospitals at Christmas along with the Christmas Passenger cars which makes up a nice train.

Anyone who may have some spare parts or parts engine that may help get this locomotive back up and running can let us know on this post or private message us.

You guys have always been great here and very helpful and we really appreciate it and It’s definitely not taken for granted! 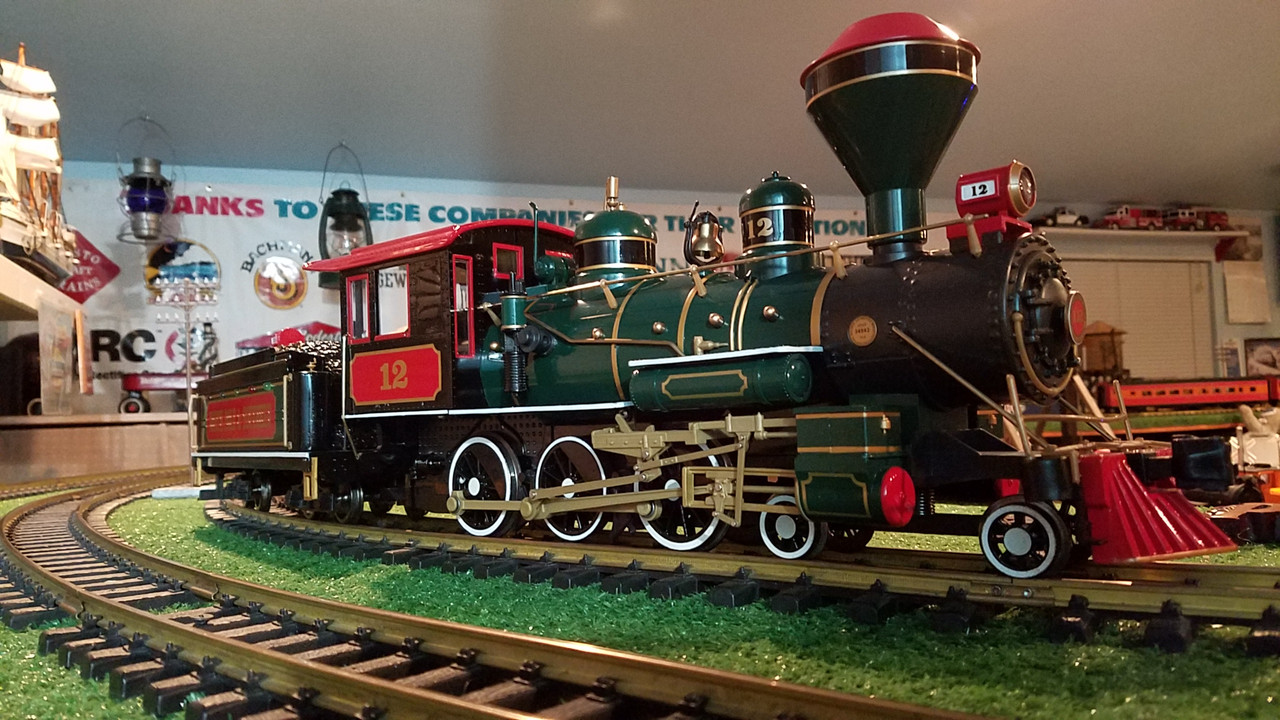 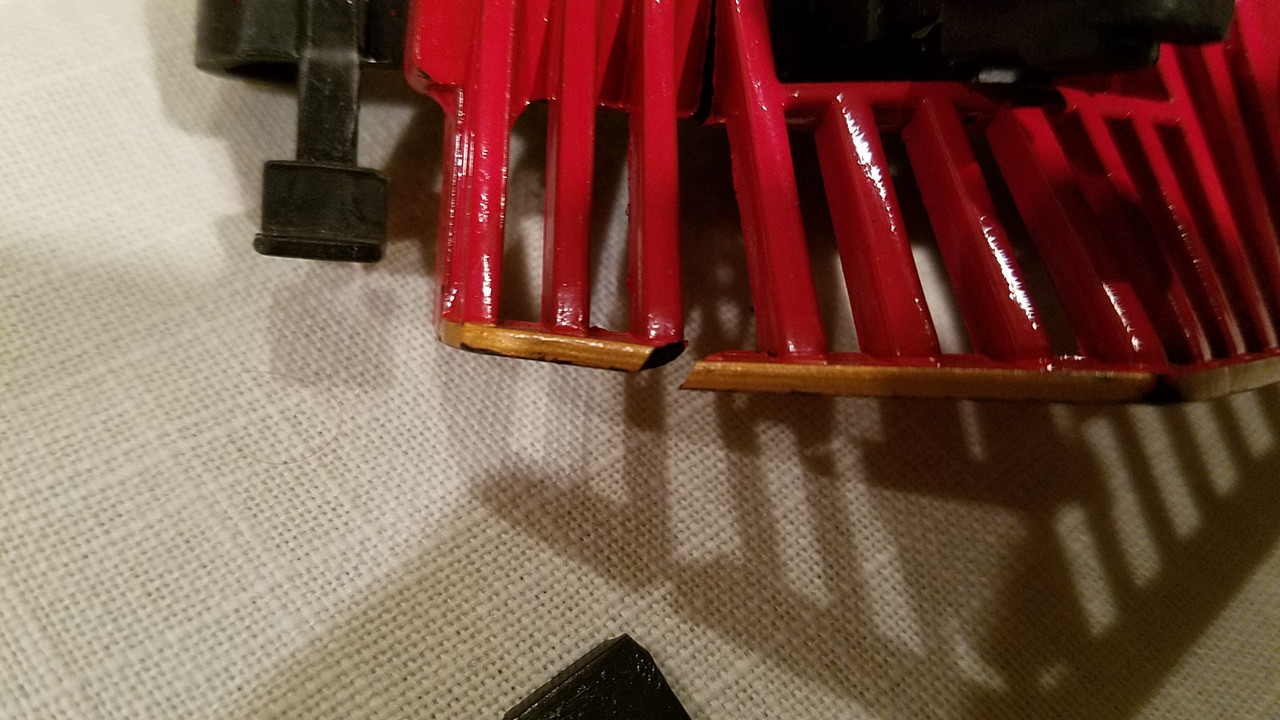 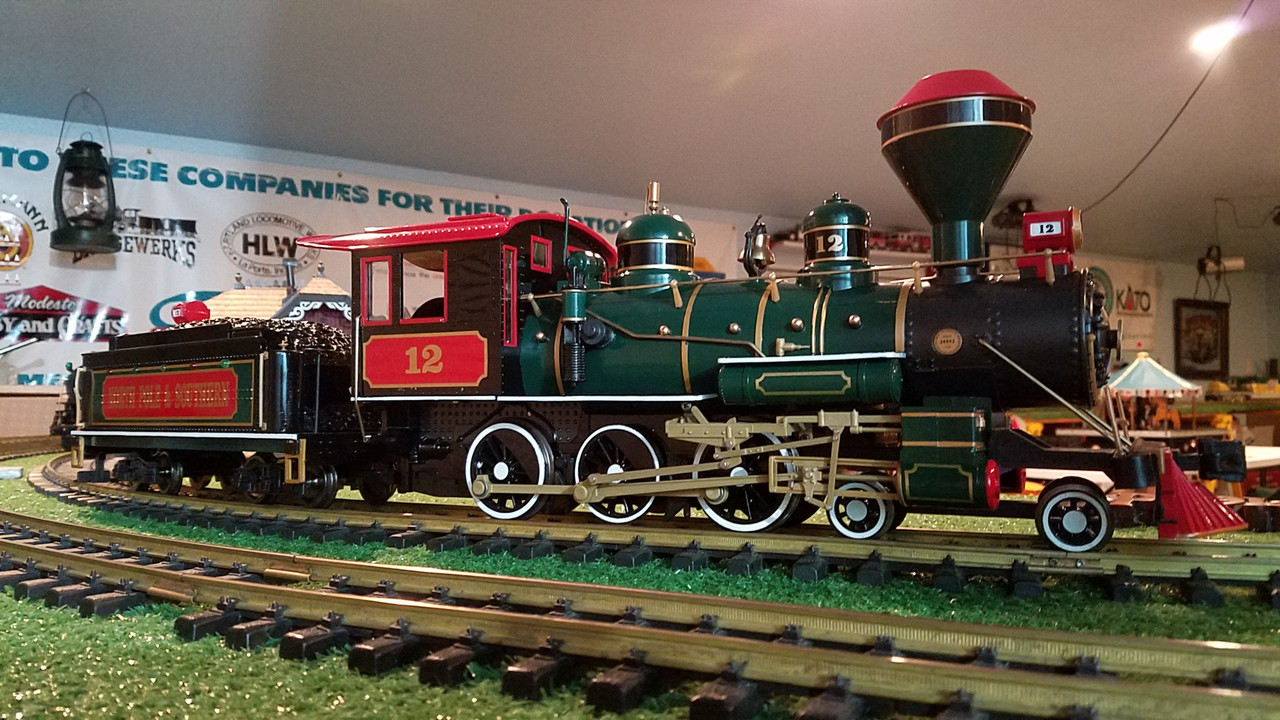 what year the Northern Lights set from Bachmann was produced but I believe it was in the 90s or early 2000s. I think the drive is a version 5

Ken, I think that’s an “Anniversary” chassis; it’s from the only Christmas set that ever got an “Annie” loco. Bachmann often puts them on sale - it’s currently $79.95.

You do NOT need to fix the pilot frame, (I think.) The metal pickup strips inside will keep the axles in the right place. My solution to the derailment problems of the truck is to remove the plastic block with the arrow pointing forwards and insulate the 2 strips so they don’t touch and short circuit. The tuck gets very floppy but stays on the rails. I would try to glue something along the side of the plastic for cosmetic reasons. (It’s probably Delrin, so a strip and a couple of small screws might be needed.

I’m sure someone has the parts in their junk box. (Sorry, I sold all mine when I moved!)

I found a gentleman who says he has these parts but I am still waiting for his response back to my acceptance of his offer. Haven’t heard back for a while.

Adam, Thanks for the Ebay listing but I think those parts are in a bit to bad of condition and the seller won’t respond to my questions.

I do appreciate the information though.

Thanks guys! Still searching for now until something transpires.

If you want these, they are yours for FREE! Got underwater during Superstorm Sandy. You will have to clean them up. The deal is you MUST take all of it. I will put into a Medium Flat Rate Box, just give me an address and consider it a donation. You must take this also.

Yea we’ll be happy to clean all parts up to like new. We are real good at it. I’ll private message the address and thank you!