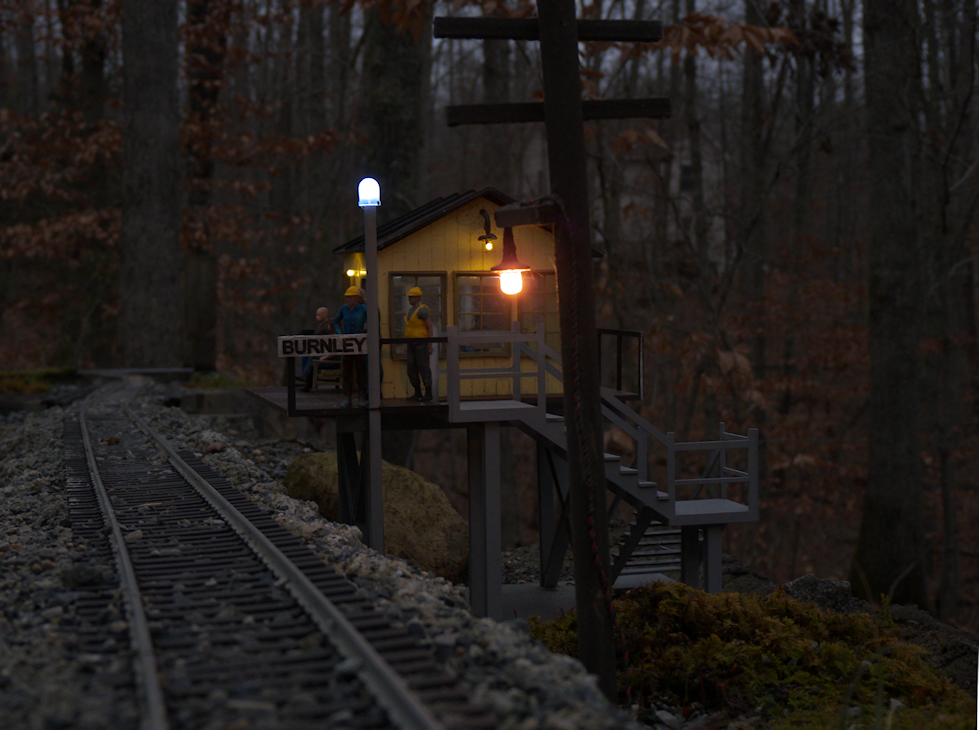 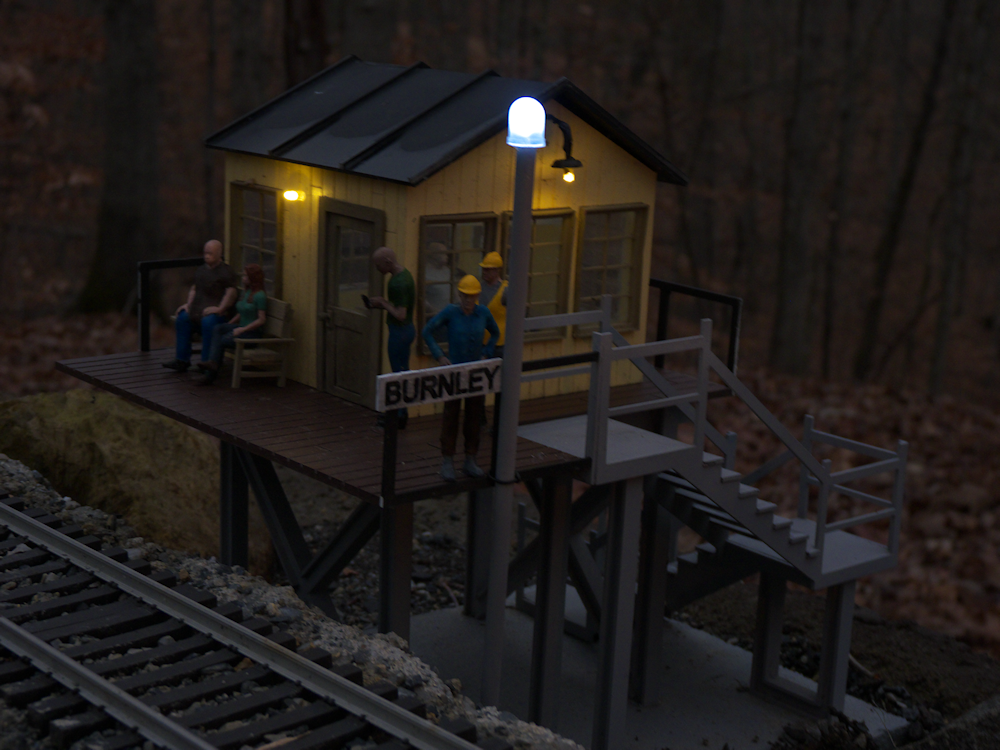 Finally got some people waiting at Burnley Station.

A scene just begging to have a story written for it.

As the passengers gathered on the platform, realized that the 6:38 was late again, a few of them started to grumble. They had put in a hard day’s work, (notice the hard hats). and they just wanted to go home to a good meal and soft bed. One of the construction workers looked down the track and mumbled something that can not be repeated in mixed company. A few moments later, the passengers heard the engineer blow the grade crossing warning for the main road, so the train was coming, but it was still almost 3 miles away. Many of the passengers would not take the train, except for the fact that the county roads in this area were all but impassable. So, rather then beat the heck out of their cars, they decided to take the train, even though the evening run was always late.

“This is a heck of a way to run a railroad” the one gentleman said, as he typed a letter of complaint to the railroad management on his notebook computer. He had sent several letters of complaint these past few weeks, and has yet to receive a reply.

It seams that management is aware of the issue, but they have not resolved it yet. Maybe next month when they hire another engineer, things will get better. Only time will tell.

Now that was an awesome story!

And being that I’m the major shareholder in this corporation, I guess I need to address the issues of these fine hard working citizens

Well, it was the best I could do on the spur of the moment. I kinda petered out after the first paragraph, but you git tha jist.