I have a LGB 3082 vestibule combine. I want to put the vestibule end parts on a 3080 coach. How in the world do you get the ‘celing’ of the vestibule ends off? It seems like it’s glued on. I got the roof off and see that there’s screws behind the bottom of the diaphragm. It looks like the diaphragm has heat swaged pins on the back. That had to be done after the car was assembled. Getting that off seems interesting. Has anyone disassembled one of these?

Being a modeler I would see if the roofs are the same length and I would think the same part by LGB, as well as the under frames, etc. I would cutoff one end of both cars bodies and put the end of one on the other, thus ending up with two cars. Now for someone who is not a modeler and working with plastics this can be a challenge for some. A lot of thought is needed here, but I would probably saw the models apart between two of the side boards where the grove is using an X-acto razor saw, thus easier to put the ends back together. There are many articles on extending passenger cars by taking two cars, cutting the cars apart and putting the longer ends together. I have repainted several LGB passenger cars and just about all parts are screwed on and can be removed, there are a few trim parts that are glued on, but mainly just trim parts. I would say what you are asking about is not needed for removal as you will be cutting off the end of the car, thus no need to bother with removing. I might want to cut the ends of the cars off somewhere around 1" or so from the cars back end, not in the corner, but like I said, without the cars in front of me, it’s hard to tell what to do and how to do it. Don’t look to do this in one days work, I would probably take a week or so, as I would want it to look perfect and factory done.
trainman

One note here, I use this website for my LGB engines and cars for detail drawing, shows exploded drawing of there models. I rebuild many LGB products and it’s really shows what I need when dissembling. https://www.onlytrains.com/model/railroad/MAN.html 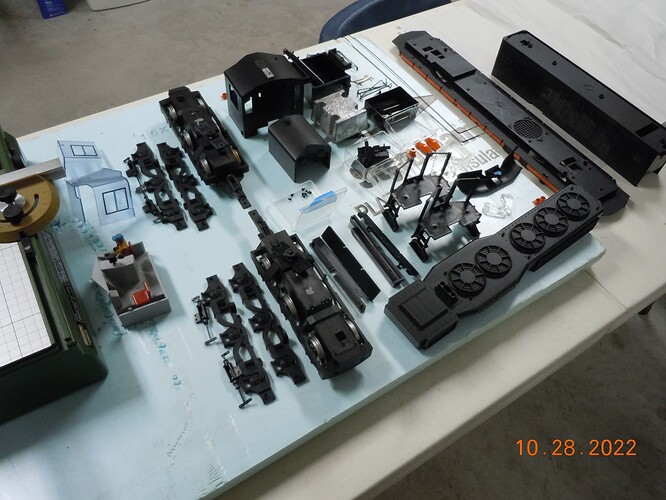 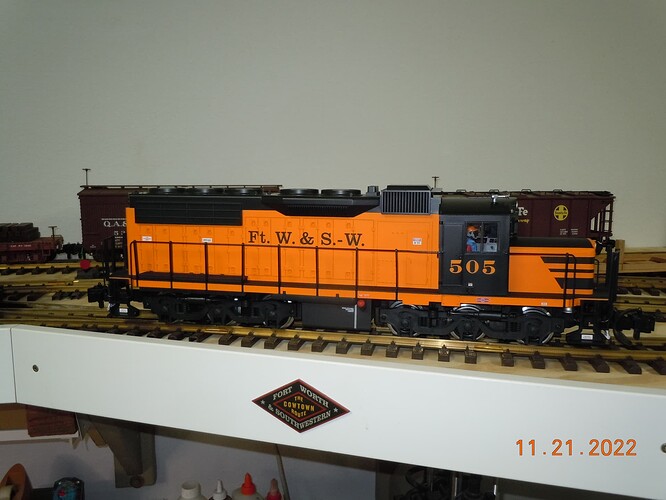 Look for your product number, it’s there somewhere.

Thank you very much! The diagram is very helpful. The part I’m having trouble with is #10, the celing of the vestibule. Every open platform car I have, the celing just pulls off the body, but it seems like it’s glued on on my 3082. No amount of pulling has loosened it. I have another vestibule car coming. I’ll see if the celing on it is glued or not. If it is, is there a recommended method to seperate the joint?

is there a recommended method to seperate the joint?

I have an X-Acto #11 handle with a #18 square chisel blade. I originally used it on a G.A.L. styrene kit, but it has turned out to be very useful for getting into and expanding the gaps between glued plastic bits.

Only problem is theres only about 3 inches between the floor and the seam, and no access on the other side.

I’ve looked at both LGB diagrams on both cars @3080 and @3082 and all look like the only difference in both cars are the side doors and back panel on the car which make the #3082 an enclosed car. I see no reason to remove the roof back panel which you want to remove, why? The back panel on the #3082 is screwed on where the rear railing on the @3080 mounts, it’s just two different parts that are screwed on. Not sure how the rear side doors mount, but I feel that they are not glued in and probably just fit in place with the rear end body panel. I own all the LGB style passenger cars that they make in the 3000 series, but not a #3082. I know not much is glued in except the stove to the floor, all being said, I believe it will all come apart. It’s hard to tell you what to do when I don’t have that perticitular car and have not taken one apart. but should be a no brainer for a modeler.
trainman

The inside roof over the platform is different on the vestibule and platform end cars. For some reason, this one seems glued on. I’ve stripped this car down to the point where it should come off, but it feels glued. I’m trying to make a vestibule train with different car numbers using factory bodies.

not sure but several of the makers have gone to gluing all if not some of the parts, cost savings. I found using acetone in small quantities dripped into the cracks will loosen the glue enough to make it able to pull apart. When I did mine i used the front half of parts from a crushed combine. Good luck, Bill 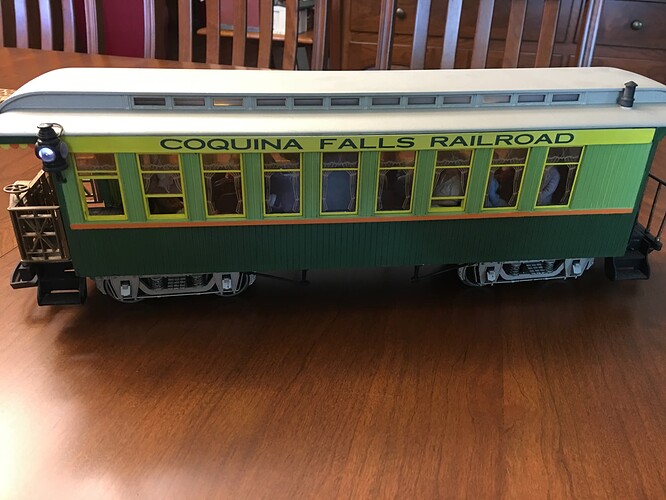 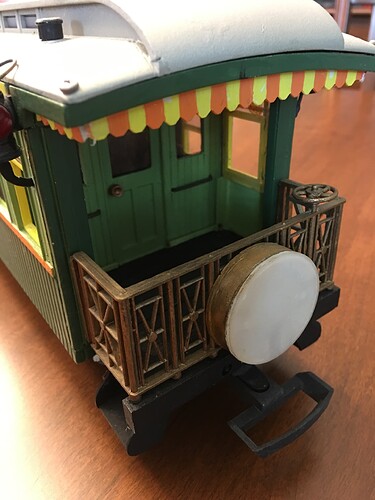 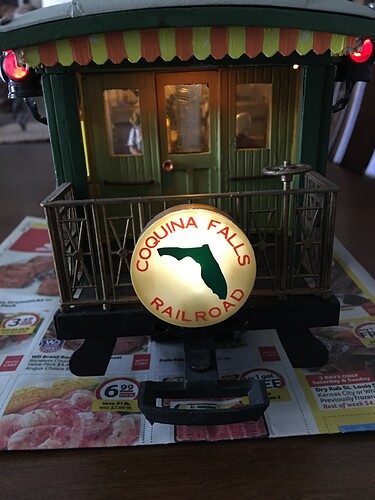 Beautiful! Did you make or buy the drumhead? 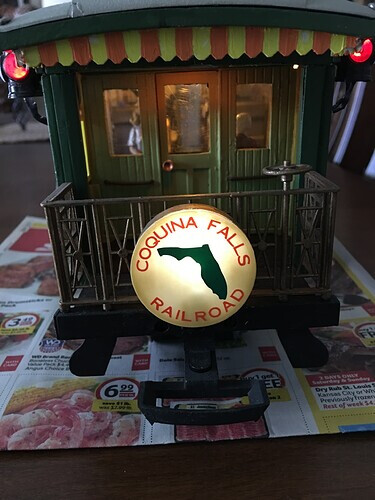 it came with the railing, Bachmann product, I just added the lettering with a Silhouette machine