Sometime in November when I was browsing stores in our little county seat farm burg’s 3-block downtown, I got started talking with a gal working on pricing and shelving books in it and it turned out she was a publisher, the books were by local authors, and she was one of the ‘ringleaders’ in a local creative writing group.
She invited me to come.

They meet at 9 am on Saturday mornings in a locally owned bake shop.
Early time makes sense for getting other things done during the day but for people in my health it sure is an effort to get going at that time of day.
The gal I visited with has Lyme Disease and understands that, so at least one person already there can grasp the concept of occasional brain fog and physical limitations which can be variable, and that’s okay with me.

I have a science-fiction/fantasy story which I have played at writing on and off for several decades – a work on it for a couple months put it away for a couple years, kind of thing. In last couple years I have gotten a lot more serious about developing it. Some of that serious is developing concurrently with my hands having more and more problems building model trains and model rockets. And even flying kites

Whether the other members truly understand is an open question but I did say to them, Understand this, while I can do a damn good job of passing for neurotypical I have autism and the more the physical things are roughing me up the more it comes out, so do not be astonished when that happens, because it eventually Will happen.

Anyway, I’ve been going for a month and a half now and enjoying the company and conversation, and the writing exercises we often do during meetings.

Hmm, maybe I will work toward getting my story published …
It has been said that to set it up to appeal to the average neurotypical mass-market reader it will be necessary to divide the chapters differently from what pleases me as a reader; another hmm …

That below would be the majority of the story’s manuscript. Some is on yellowed loose leaf, college ruled with round outboard corners – how long has it been since those were sold! Some is on high school and college typing paper from that old reliable Smith-Corona manual portable

A lot of it is handwritten: can’t do that much any more. 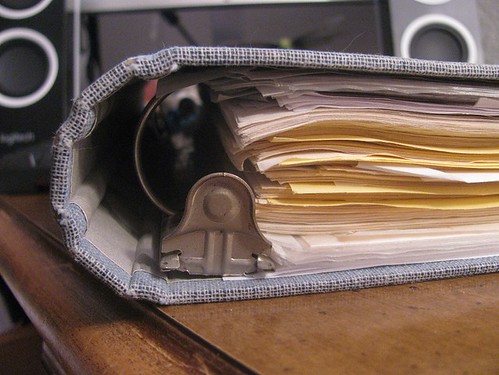 And earlier here in 2018 I came across a few pages of some railroad stories I wrote while at VA Tech in 1980s. Had pretty much forgotten about them.

Have probably mentioned that on here before but will mention it again anyway.

I got to tell ya your topic title intrigued me so I started reading and immediately thought " what the hell has this got to do with trains, model or otherwise", but I stuck it out and read on to the end. I then read your excerpts from your stories. Very good, very catching and making the reader want some more! I think you have something here good luck on your new adventure.

Rick Marty said:…thought " what the hell has this got to do with trains, model or otherwise".

That’s an odd thing to say on a forum section titled, "

Other Hobbies What else are you interested in besides trains?"

Writing is my other hobby, has been for decades. Mostly ‘sword and sorcery’ type tales, though trains do make appearances in the others.

I also do “creative writing,” often about trains. Pays pretty well too considering the time involved. (http://www.largescalecentral.com/externals/tinymce/plugins/emoticons/img/smiley-wink.gif)Here is a sample of my work.

BTW, It’s not all technical. I actually have a copyright on this one. Enjoy:

T’was the night before Christmas, and in the garage,

The Corvette was covered, as was the Dodge;

And I had just drank and few beers to get high,

And hoped that Old Santa Claus soon would come by.

Vette owners were nestled all snug in their beds,

While fuelies and big blocks danced in their heads;

And I and my loved one, forever to keep,

Had both cuddled up for a long winter’s sleep.

When out on the street there came such a roar,

I sprang from the bed to see what’s in store.

I flew to the window and opened the blind,

Not knowing at all, what I would find.

The moon on the pavement shown like daylight below,

As wonder and amazement made my eyes grow,

For down on the street approaching the stoop,

Came a jolly old man in a split window coupe.

This little old driver, so lively and quick,

I knew in a moment it must be Saint Nick.

Faster than lightning, with engines he came,

And he honked and he flashed and called them by name:

To the top of the tach, redline one and all,

Like a tank full of nitro will make a car fly,

When the blower is set with the boost up to high;

So up the driveway the split window flew,

Loaded with parts and accessories too.

The paint on the glass, such sparkle, such shine,

The chrome, smooth as silk, the leather so fine.

The wheels so wide, the tires so fat,

A space-saver spare, in case of a flat.

The tips of the pipes were shiny and clean,

The windows were smoked, the glass such a sheen.

With features and options and power galore,

And zero to sixty in just two-point-four.

And then from the drive, the sound of a cough,

Like that from a fuelie when the ignition’s turned off.

He then set the brake and flipped in the lights,

Just as he does all Christmas Eve nights.

He was dressed in red leather, with fur up above,

A ’63 Vette on his right driving glove.

Parts and accessories slung on his back,

A multitude more in the coupe in a sack.

He looked like old Duntov, a jolly old man,

With hair white as snow, a Miami tan;

Such gleam in his eye, such spring in his walk,

As quick as a cheetah, with eyes like a hawk.

He spoke not a word but went straight to work,

Opened the garage, with one quick easy jerk.

And even a hemi to speed up the Charger.

He sprang to his coupe, threw his sack in the rear,

Brought up the revs, and dropped it in gear;

And I heard him call out as he peeled out of sight,

Happy Vetting to all, and to all a good night.

Forrest & Todd, I am envious of your creative skills. I do a lot of technical writing myself, but if it takes any creativity, I’m lost. Thanks for sharing.