I’ve been looking thru my pics taken over the last few years we explored and would like to show you all some interesting finds. First up is an abandoned cemetery located deep in the woods on the east side of Lake Pend Oreille. There was only one headstone that had been replaced with a newer one sometime in the past. The others were simply rocks covered in moss and lichen. Also we found an old car near the cemetery. 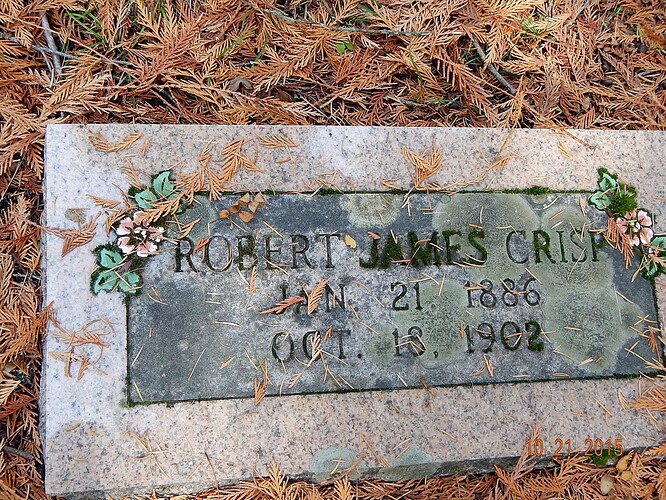 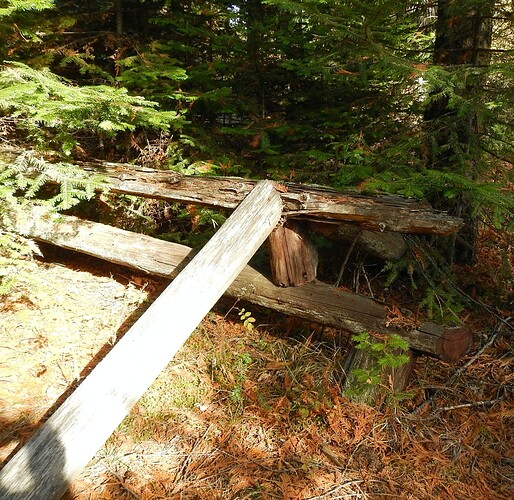 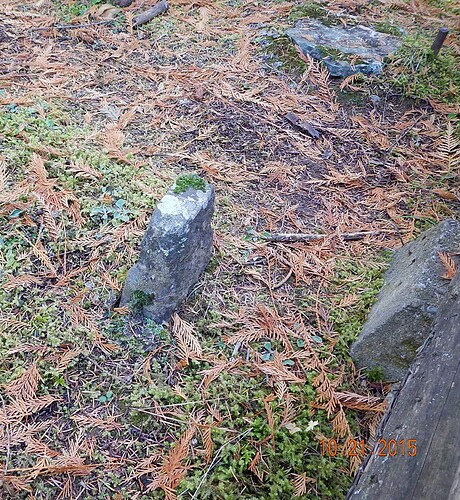 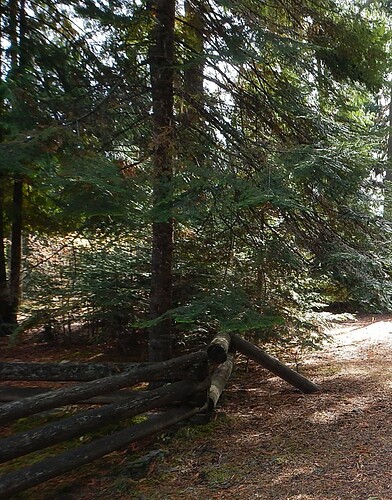 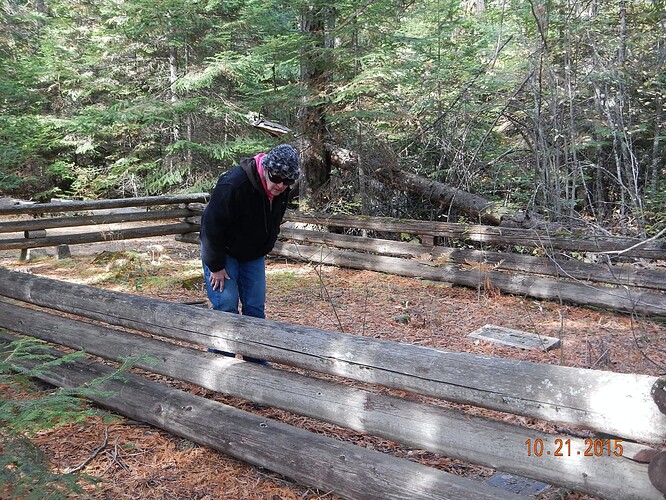 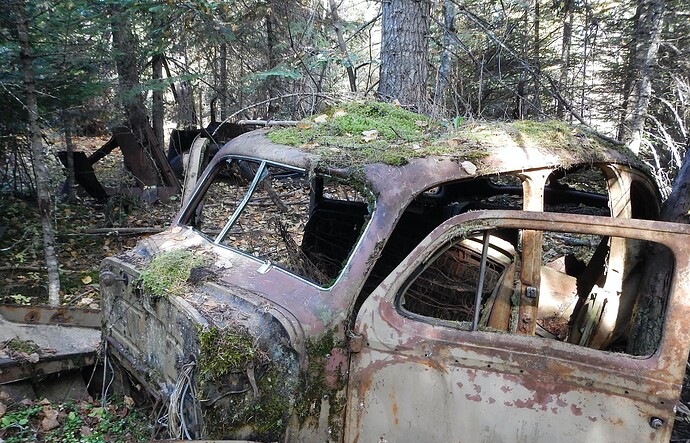 Dead men may tell no tales, but their resting places sure can beg a lot of questions!

The flat headstone was completely covered with pine needles and I brushed them off to read it. 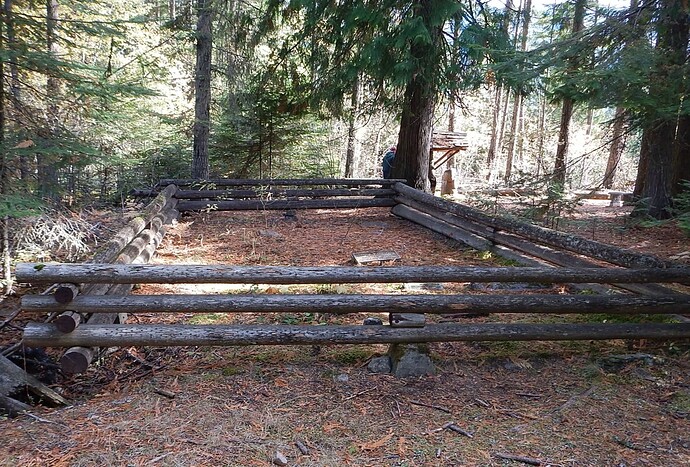 A couple of mine adits. One had a huge iron door on it. 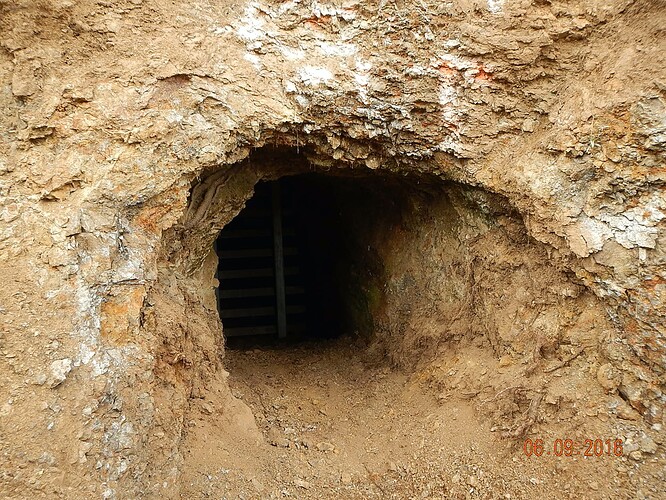 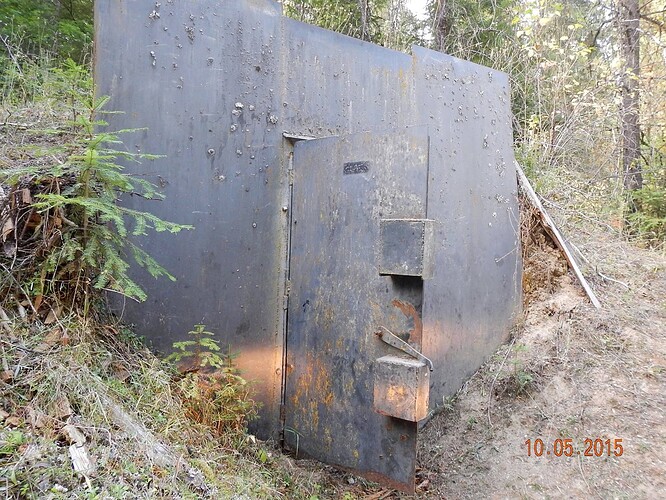 I don’t know if this was an adit or ?.. A short distance away is this cabin. 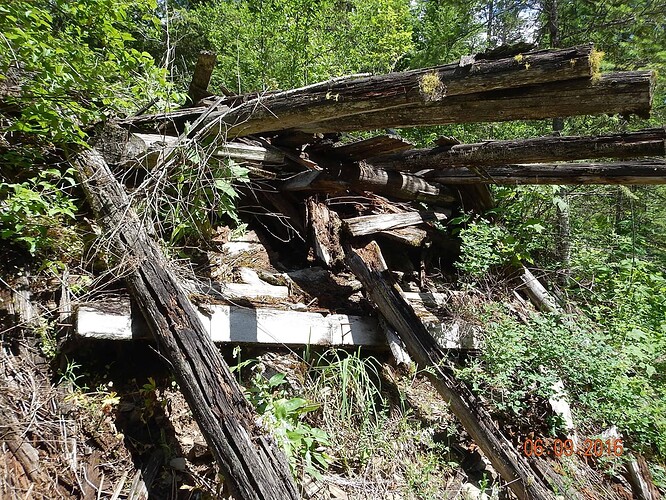 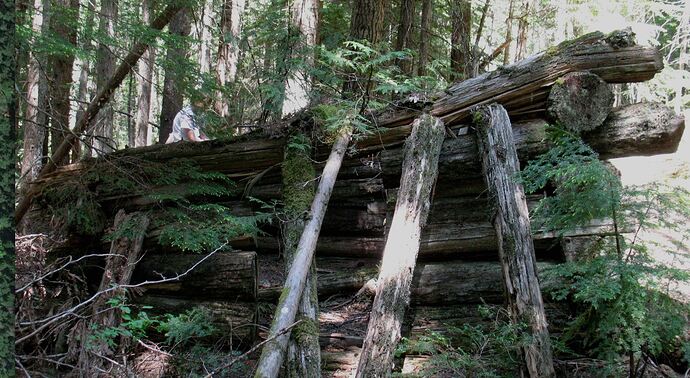 Some sort of Mine adit. 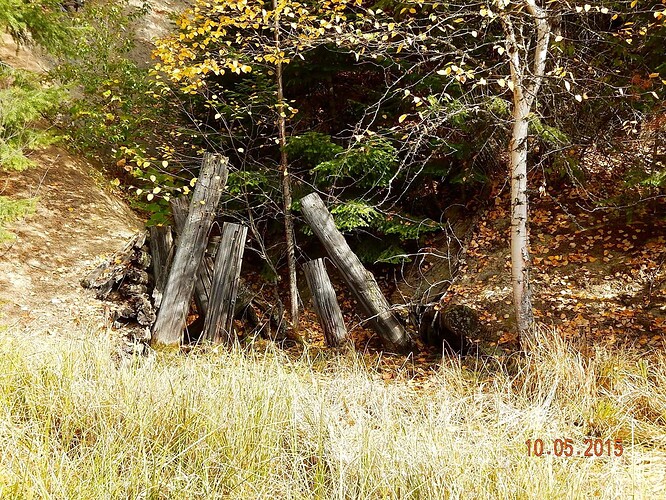 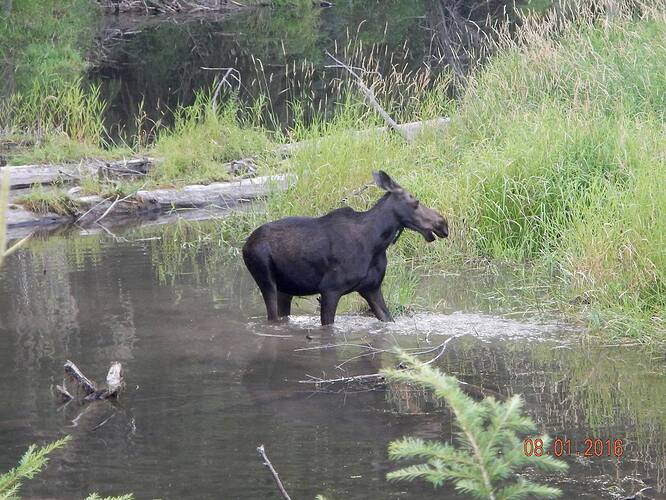 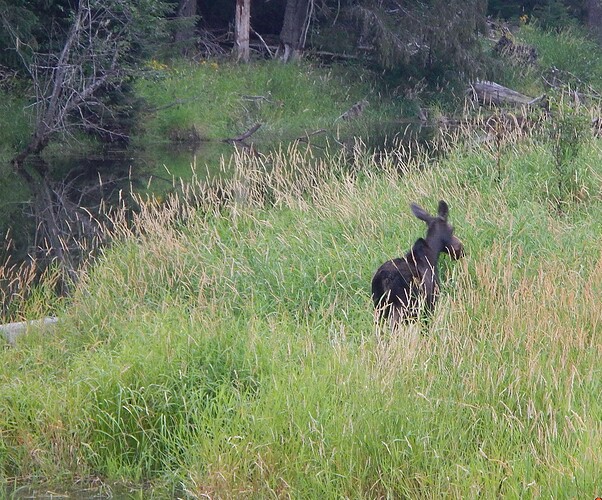 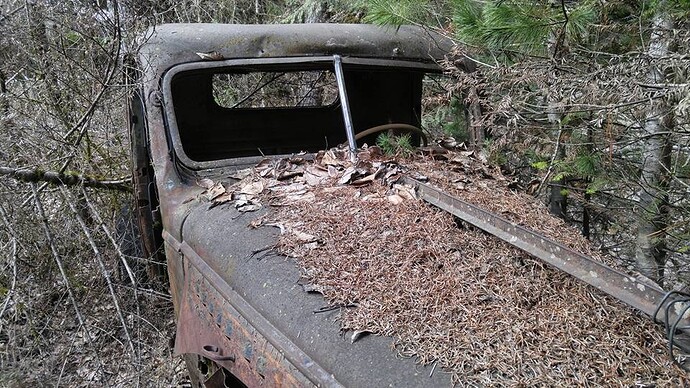 Moose are so odd-looking. It’s hard to believe they’re in the same family as deer and elk.

Ray, they must be made up of left over parts.

Another good example is a Wildebeest (Gnu).
Kinda like some of my locos. 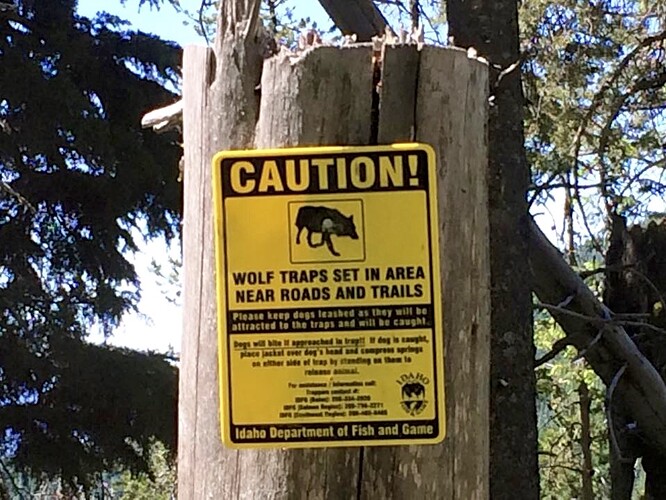 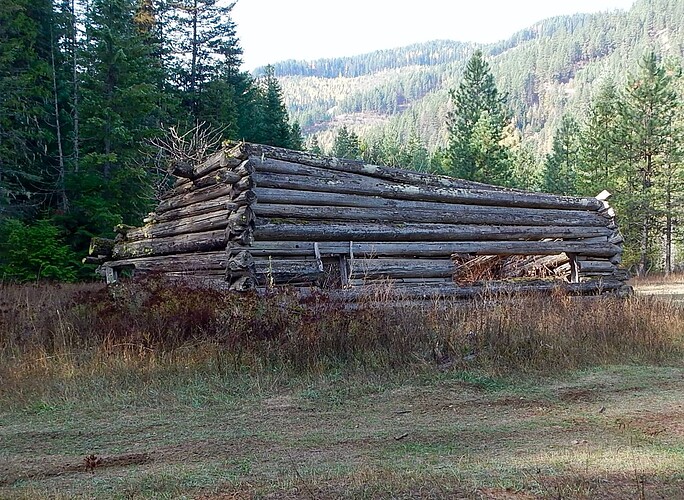 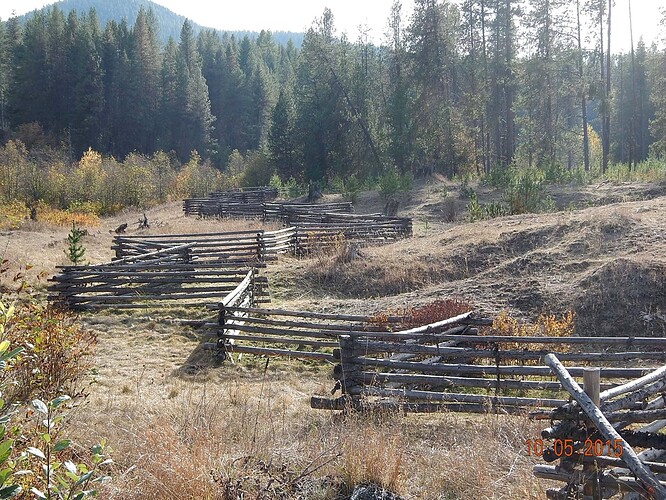 I hate mooses to pooses(?) Here they are eating the plum trees in my orchard: 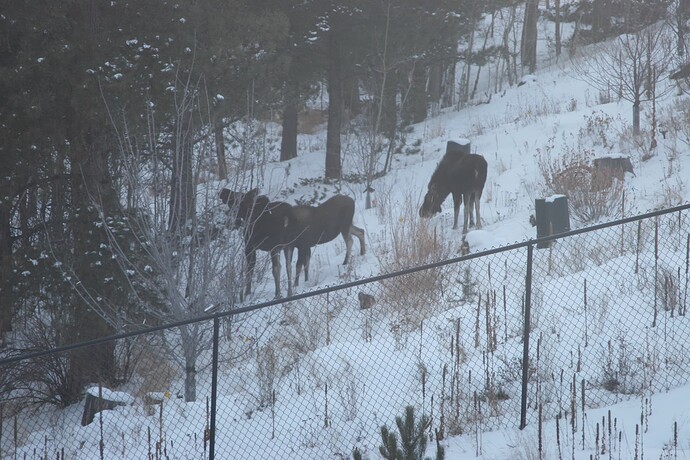 Ugh… As far as growing fruit or flowers, deer are bad, but those look like industrial strength deer on steroids!

Moose are usually slow and uncaring about intruders riding side by sides in their territory.
Deer will run, stop and look back.
Elk crash thru the brush at full run or they are usually so far away on the other side of mountain you can’t get a good pic.
I have a pic of a bear somewhere.
And the one mountain lion we have seen jumped into the woods before I could get a picture. 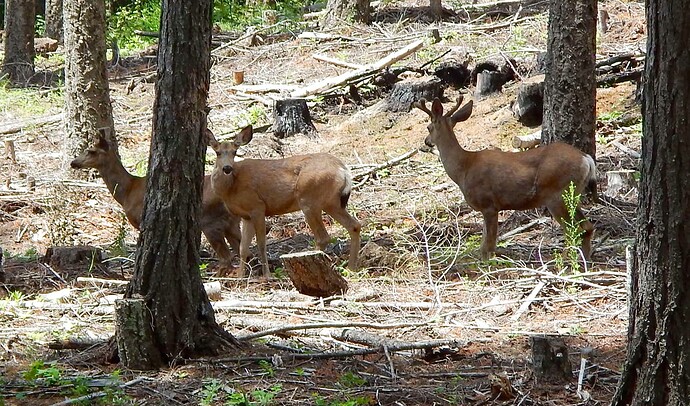 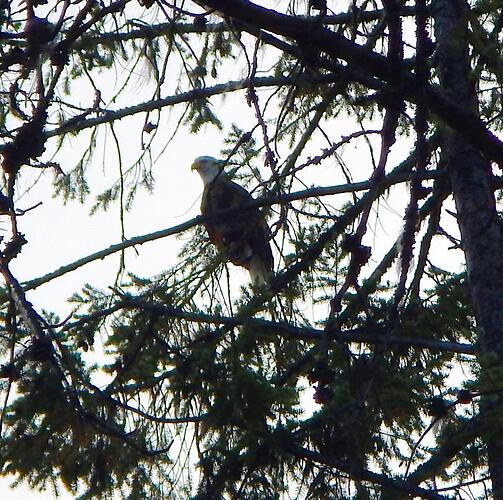 The bears fear the dogs so they stay away now. We have mountain lions in the neighborhood, but never seen one on the property. I do have a resident bobcat: 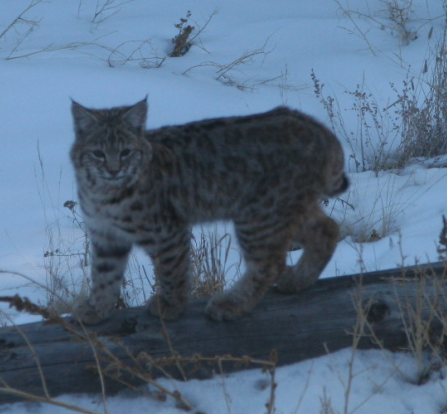 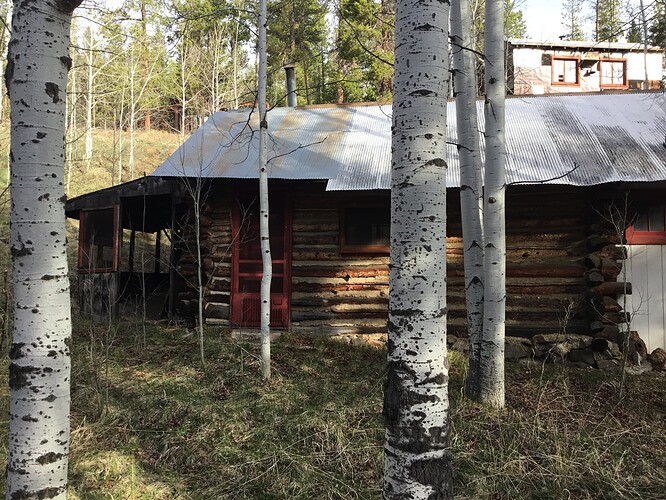 And I get to call that place home. Idaho is a very fun place to explore.

We have never seen a bobcat. North Idaho also lists Lynx’s on their wildlife list as well as a few resident Grizzlies. Also mountain goats and sheep. The goats are located in one protected mountain area that is hike in only.

I have had the privledge of seeing both a bobcat and a lynx in the wild. I have seen wolves and wolverines as well. I have yet to see a grizzly bear in Idaho. I have also seen a couple sheep and lots of goats. I have seen the goats not only out by Surveyor’s Ridge/Mallard Larkins but I have also seen them on the Pend Orielle Lake from the boat.

I almost hate to admit this but I almost shot a sheep in Idaho by accident hunting. He was a long ways away from where sheep normally are found. I was on the breaks of the Salmon River south of Dixie on a early deer hunt. At that time we could harvest either a mule deer or white tale. And I got the glimpse of the rump of an animal and was convinced I was looking at a mule deer. I was ready to shoot as soon as I could see its head and verify if it was a buck or doe and get a clean shot. Much to my surprise when the head appeared it was a 3/4 curl ram. 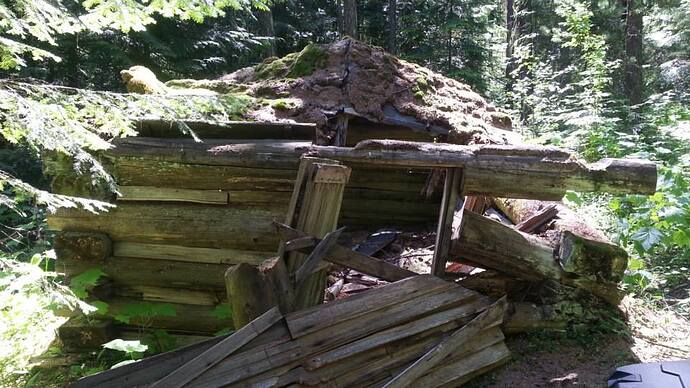 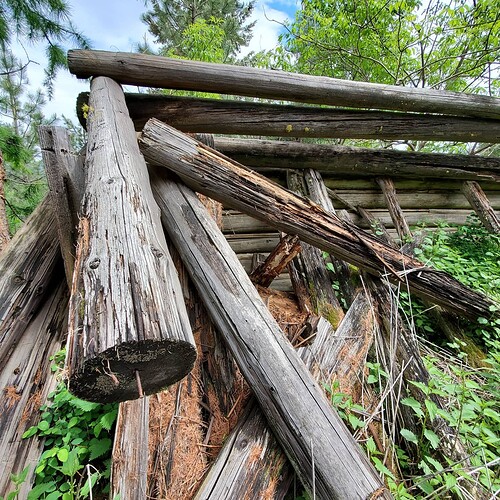 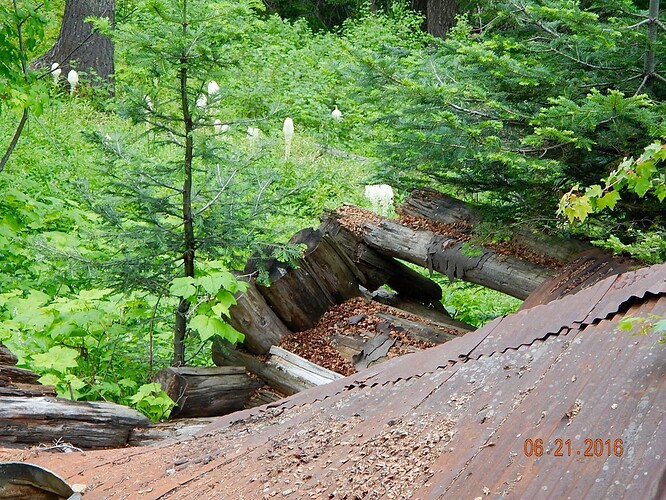 Another adit and old growth cedars. 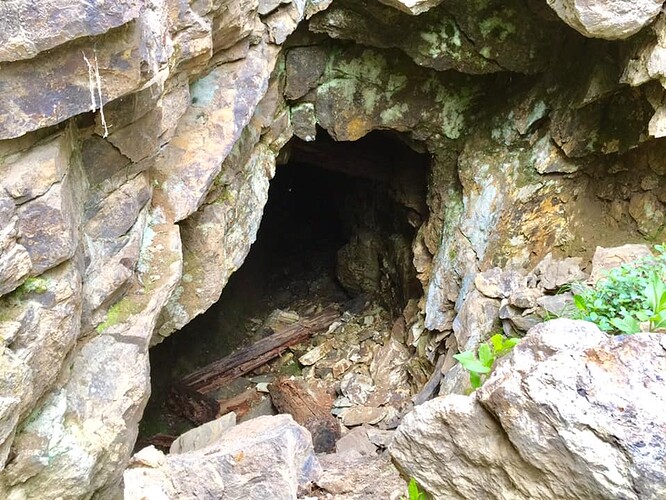 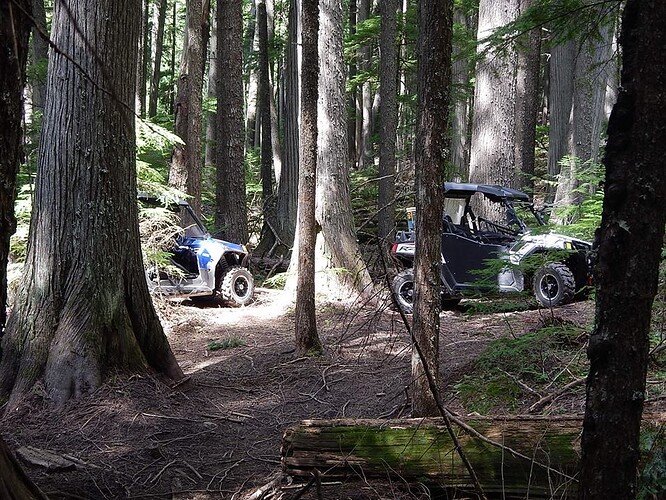