OK so I found out that my railroad had a series of what they labeled as Howe (or just Howe) Truss Bridges. I thought I understood what that meant. After looking around I see that there are a few truss bridges designs that look similar in nature.

Most notably the Warren, Pratt, and Howe and double versions of each. In the single forms a warren has alternating diagonals with no vertical members. Pratt and Howes have vertical members but the diagonals are opposite of one another and are not alternating. Pratt’s point down toward the center where as howes point up toward the center. Both the pratt and howe mirror themselves relative to the center. A double Pratt and a Double Howe I assume would look the same. A divided Warren has verts but still alternating diagonals. And a double warren makes crosses like a double pratt sans the verts.

When I Google howe truss bridge the models pictures all seem to be double warren styles with vertical tie rods. That’s what I thought a Howe was.

now my drawings call for a Howe but the drawing resembles a double Warren.

If I can come up with a blue print of a typical NP 1882 Howe like I am hoping then I will follow it, but if not I want to make it right.

Hey that’s a great link. One thing about me is I like to understand at least the fundamentals of what I am building. Simply copying doesn’t cut it. I love to learn

If you don’t want to drown in the details an easier to build simplified version can be found here http://www.girr.org/girr/tips/tips2/howe_truss.html

That is a beauty of a bridge Devon but all I can think with all those cross members is how many leaves and junk they will catch outdoors.

Besides that a nice warren pratt thru truss bridge will be a real center focal point on your RR.

I was going to suggest 2 books by Model Railroader Bridge and Trestles vol 1 and 2. They have loads of info and photos but the site David posted is pretty good.

My covered bridges use How trusses. this test of the strength of the bridge is before adding the truss rods, which also add strength.

here is the bare truss so you can see what it looks like. the thin stringers running the length of the bridge will hold the siding.

the cedar roof and siding keep the weather out and protect the bridge truss. these bridges are made from #2 pine and are left out all the time. my oldest bridge lasted 20 years in the weather. it was replaced because it was too small. It was perfectly weathered…even had a few replaced siding boards which were also well weathered!

A great looking bridge Eric. A covered bridge is a great asset for a garden railroad.

I built a truss bridge but after a couple of years decided to clad it to make a covered bridge. I did not have the inclination to make shingles for the roof but used real roofing tiles instead. Admittedly the shingles would have looked better but as the covered bridge is situated beneath a pine (Christmas) tree and the needles and actions of small birds might render them impractical.

Here’s my Howe truss bridge used to cross a 52" walkway and hinged to allow passage. I used plans provided by Garden Texture in Georgia.

I remember seeing your fine bridge when I was there. A question though. Did you modify the plans to use the rods or is that what was on the drawing?

Yes Joe, the rods are called for in the plans. They hold everything together. I used 1/8" all thread.

So all this time I thought this was the Saw Mill Run Bridge, now Yunz are tellin me its Howe Bridge.

Yep, Yous right. So, Its Warren, not Saw Mill Run Bridge. Gee, that means I need to get the map reprinted?

If you don’t want to drown in the details an easier to build simplified version can be found here http://www.girr.org/girr/tips/tips2/howe_truss.html

While I am certainly willing to give that a go is that really a Howe Truss design? According to what I am reading that is a Double Warren. It does not have any verts. But all said and done I lie the double warren design using rods to tie it all together so that may just be what gets built.

Thanks for the link I book marked it.

So all this time I thought this was the Saw Mill Run Bridge, now Yunz are tellin me its Howe Bridge.

Actually I would not call that a Howe, I would call that a Single Warren design. Once again there are no vertical members.

I would argue that while every bridge shown here so far is excellent, beautiful, well constructed, and serving its purpose not a one of them is a Howe Truss Bridge. They are either Double Warrens or the lone Single Warren. Scroll up to the top and look close at the difference. As I said at the beginning of this adventure these bridges were what I thought a Howe was until I started looking at real (not modelers interpretations) of truss bridge types.

But again prefer the Double Warren to the Howe for looks. So most likely that’s what I will build. The bridges here are an inspiration. Even might have to make me a covered bridge even though I am certain none existed on the prototype.

At te end of the day its my railroad to build as I choose. I am not that much of a purist.

Yep, Yous right. So, Its Warren, not Saw Mill Run Bridge. Gee, that means I need to get the map reprinted?

Map is fine, Warren said he doesn’t mind what you call where his bridge is.

Thanks for that link with the different bridge pics David.

Now I know my bridges are called Warren (with verticals): 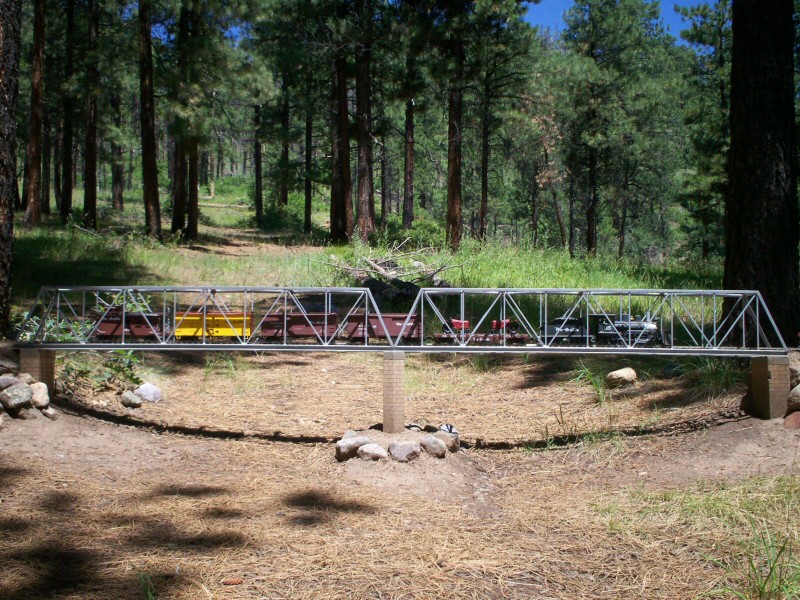 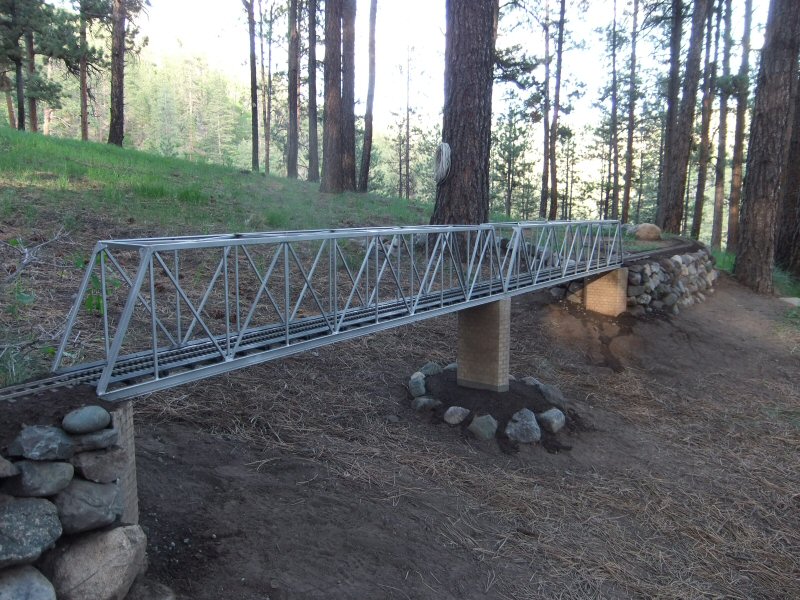