Any thought on what herbs would make good scenery? The more herbs, the more happy spouse!

I had found some sort of thyme that looks like a tree, but have misplaced the seeds! 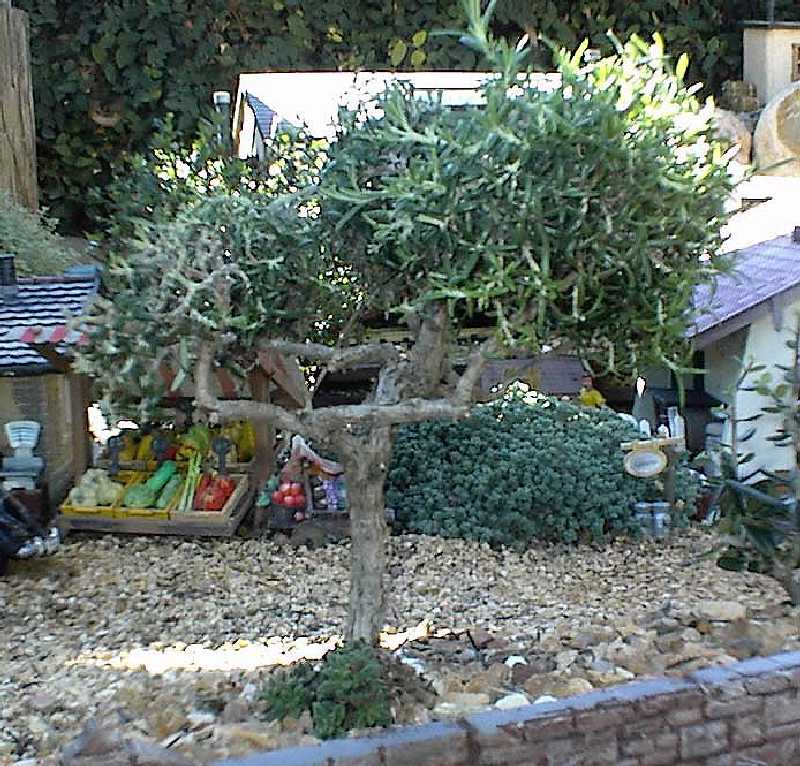 But a little concerned about “The more herbs, the more happy spouse!”

Is she happy because they exist, or because she can harvest the herbs? If you want good looking scenery, you can’t be harvesting it for cooking!

I love and use all the herbs on my layout. Parsley makes a nice tree or large bush. Purple sage or just sage makes background leafy vegetation. I love my oregano which is basically ground cover. But fresh dried oregano hanging in the kitchen in the middle of winter just smells pizza shop awesome. (your in CA so that matters not). Lemon Thyme is ground cover but is fantastic on fish. Chives if trimmed looks like large wild grass and great on baked potato’s.

Make it fun for both of you and let her do whatever herbs she likes. Harvesting them is rewarding.

Young Rosemary grows like a pine tree or an arborvitae, and smells like one too, aaand you can use it in your cooking, and the more you trim it, the more it takes on the look of a tree.

We live near the equator and, due to the mountains, have a relatively dry microclimate in an otherwise wet area. We have to select plants that can take baking and flooding, and herbs have filled the bill where even succulents have failed. CINCHOUSE is an excellent chef, and her culinary proclivities have played a large part in both getting permission to build the Triple O and its horticultural direction.

I hope the sacrifice of many a good plant to the stove and to my black thumb has served a point!

Spicy Globe basil makes a wonderfully shaped tree and very fragrant. I have several scattered on the layout.

Well… FINALLY we are underway