“Germany” gets a wash down after pulling the train on the Sunday running day.

This is just some of the routine maintenance undertaken on the Australian Sugar Cane Railway locos and rolling stock.

“Germany” is a Orenstein and Koppel 0-4-0T loco built in Germany in 1914, this loco was on a ship bound for Australia when World War I was declared and served the Millaquin Sugar Mill until 1951.

Interesting side story the owners sent a message to the ship instructing them to remove the build plates and throw them overboard to avoid the loco being impounded by the government.

The recommissioning of Germany was held on 21st October 1990 after 3 years of restoration work. 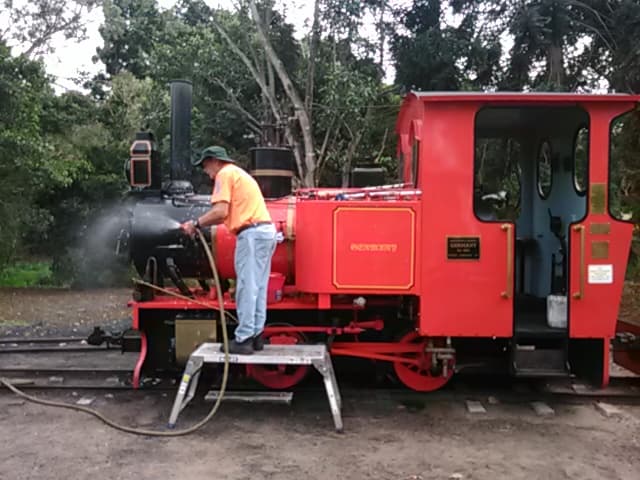