End of September Photographer's special on the C.V.S.Ry. - Video

Here is the full length feature film from yesterdays run that included a 6 locomotive consist. Title says 4K, but my free video editor won’t render in 4K, so the Youtube link is in 1080p. Enjoy! 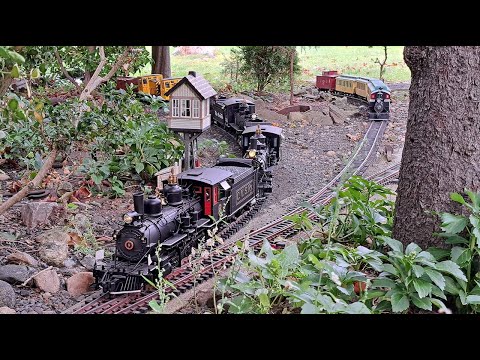 At the end of the video, in the Out Takes, the 6 locomotive consist is supposed to be heading down hill toward the camera. When it arrives I discover only the first 4 locomotives have arrived. After stopping the video and the locomotives, I went searching for the missing locos and cars.

I found them in Deep Cut Tunnel (aka Fred’s Tomb) still running in reverse with the caboose jammed up against the wall at the dead end of the tunnel.

Apparently, they broke loose from the consist while in reverse and continued down the track until stopped by the dead end. Being in the tunnel, they were out of range and didn’t get the stop or go forward commands from the controller or the balance of consist.

The first one was easy to gain control of and roll out on it’s own, but the other one was too deep and derailed as well. Fortunately I was able to reach the caboose from the hatch and slowly push the train toward the portal. Once close, I was able to reach in and drag the train into the light where it was re-railed. The missing parts were reunited with the rest of the consist for takes two (an out-take as well) and three.

Man, what are the odds of that happening? Obviously pretty good since it happened, but what a strange string of events

So, how does one turn a 6 locomotive train on a wye that was designed for 5 car trains? You double the wye, that’s how! Railrpo made it easy to break the consist before entering the wye, then rebuild as two consists to traverse the wye separately, then reconnect. It was probably that reverse move after reconnection where I failed to confirm a solid coupling and ended up loosing the diesels in the tunnel! 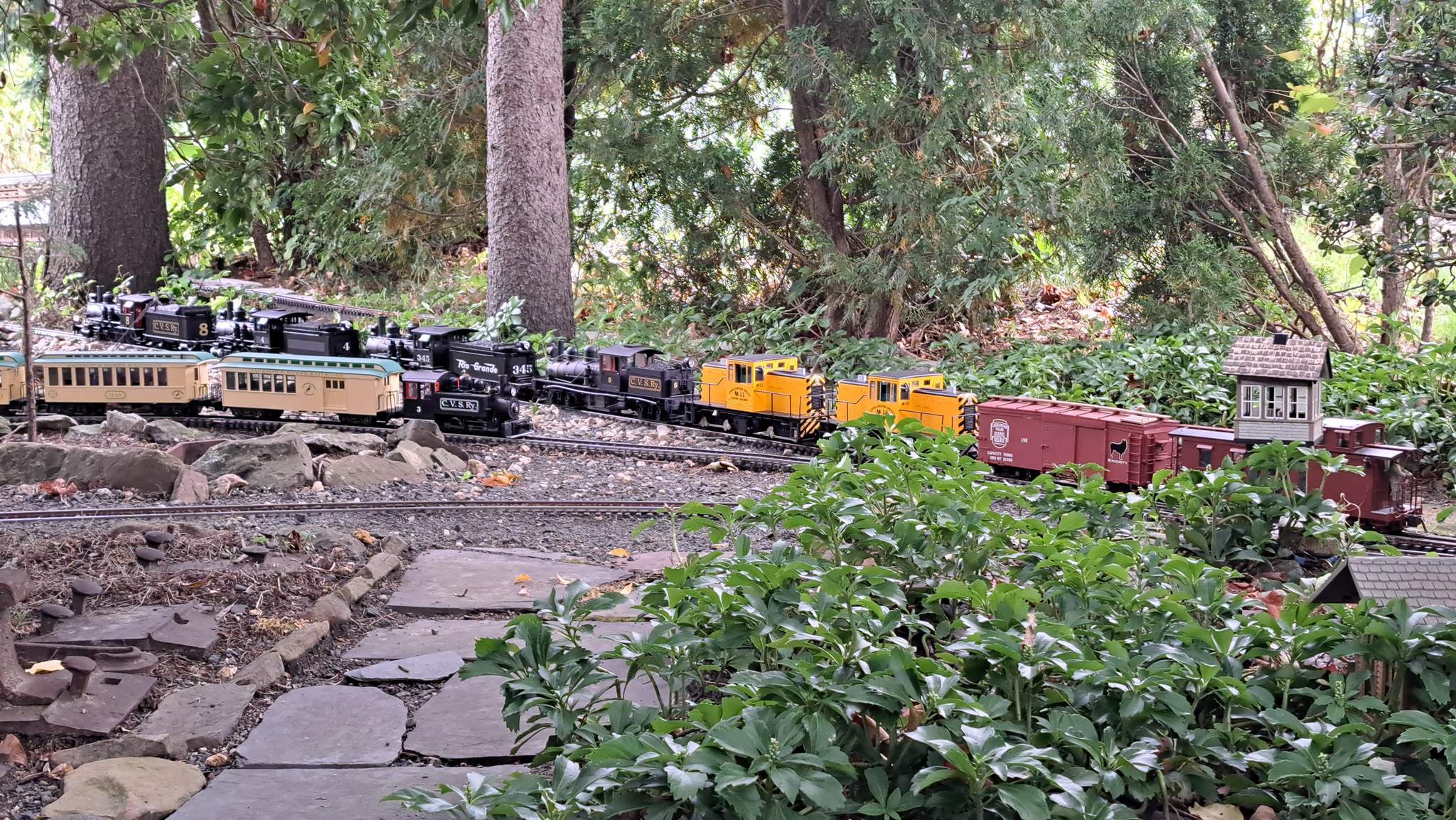 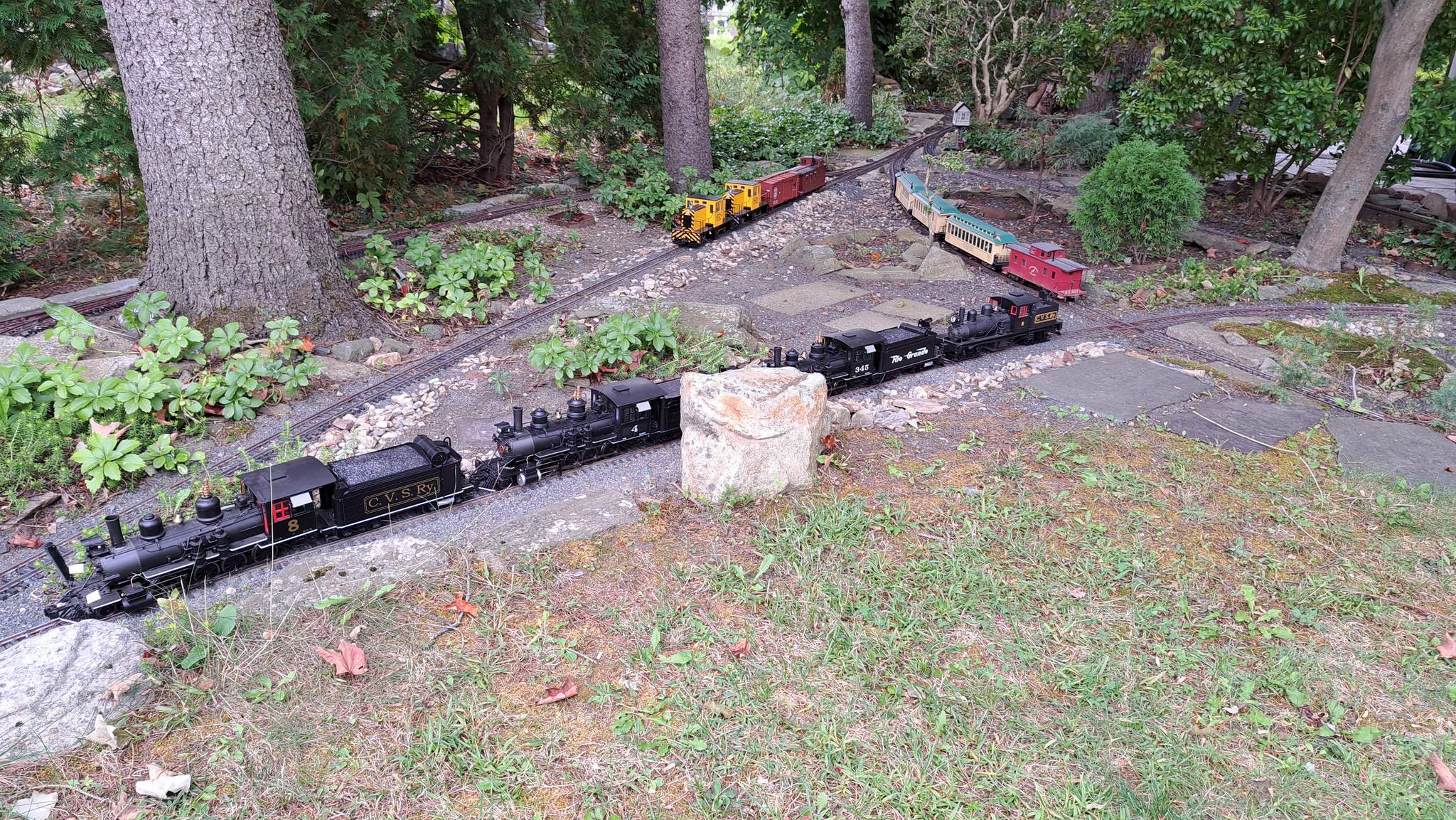 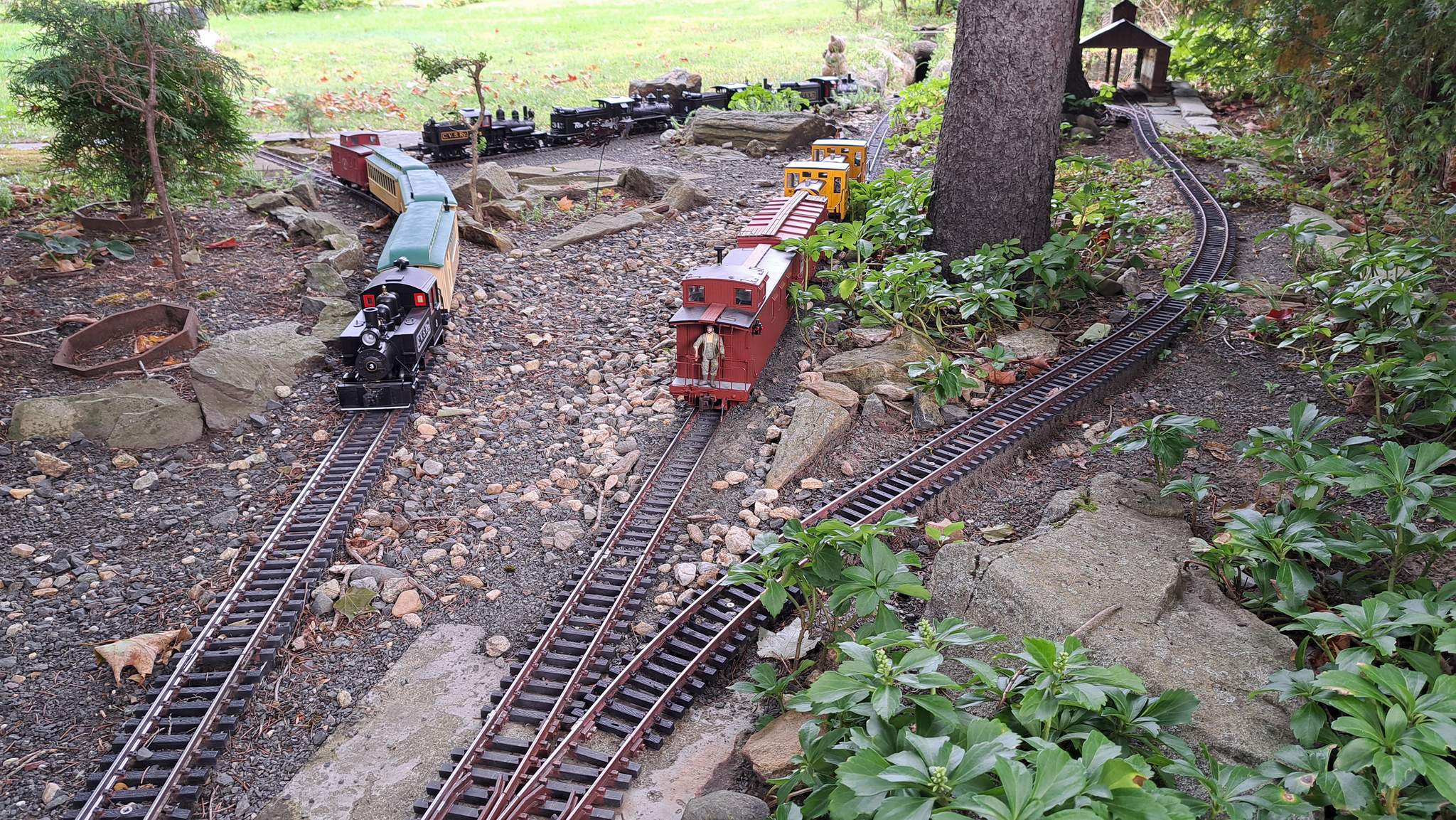 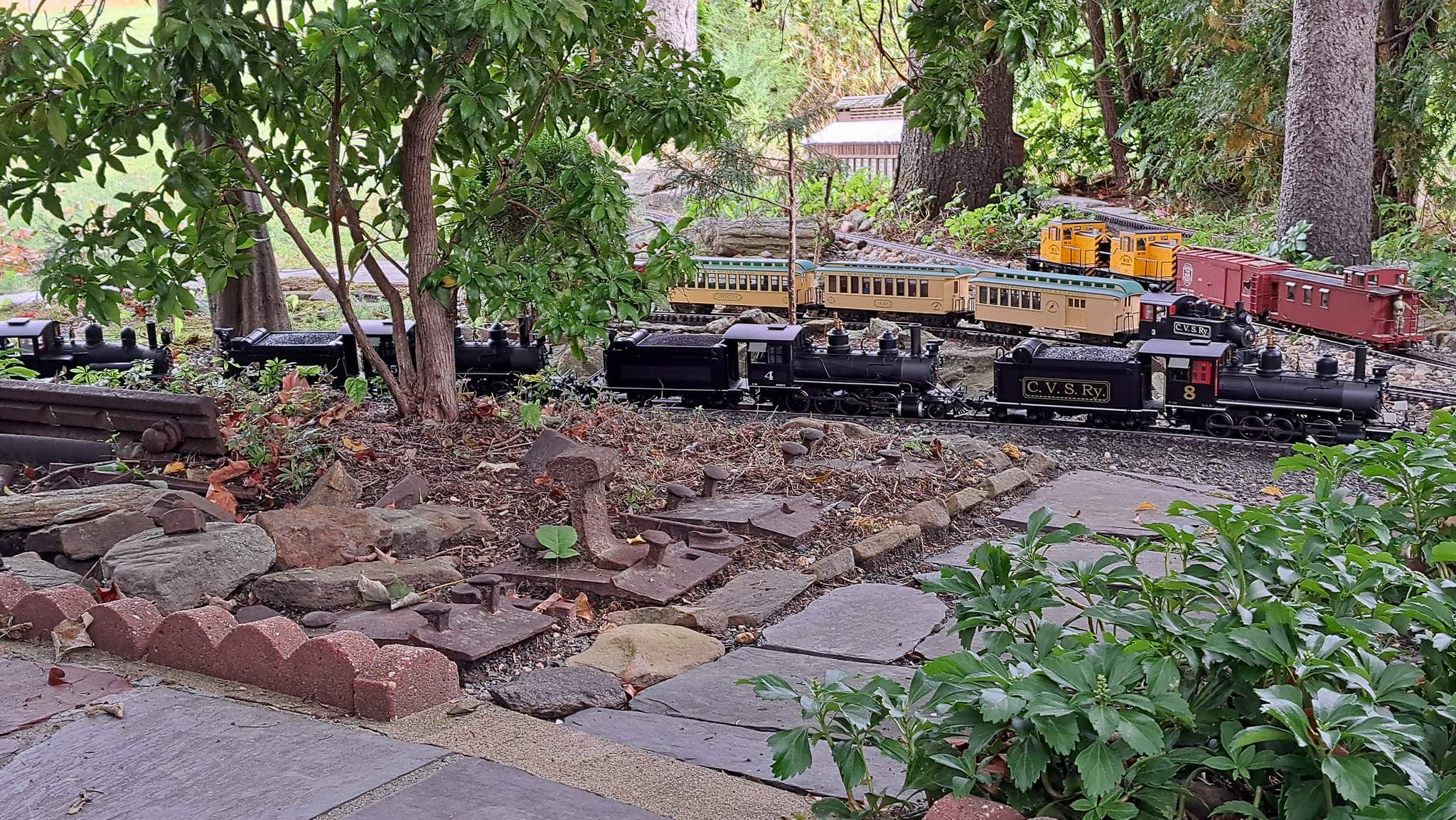 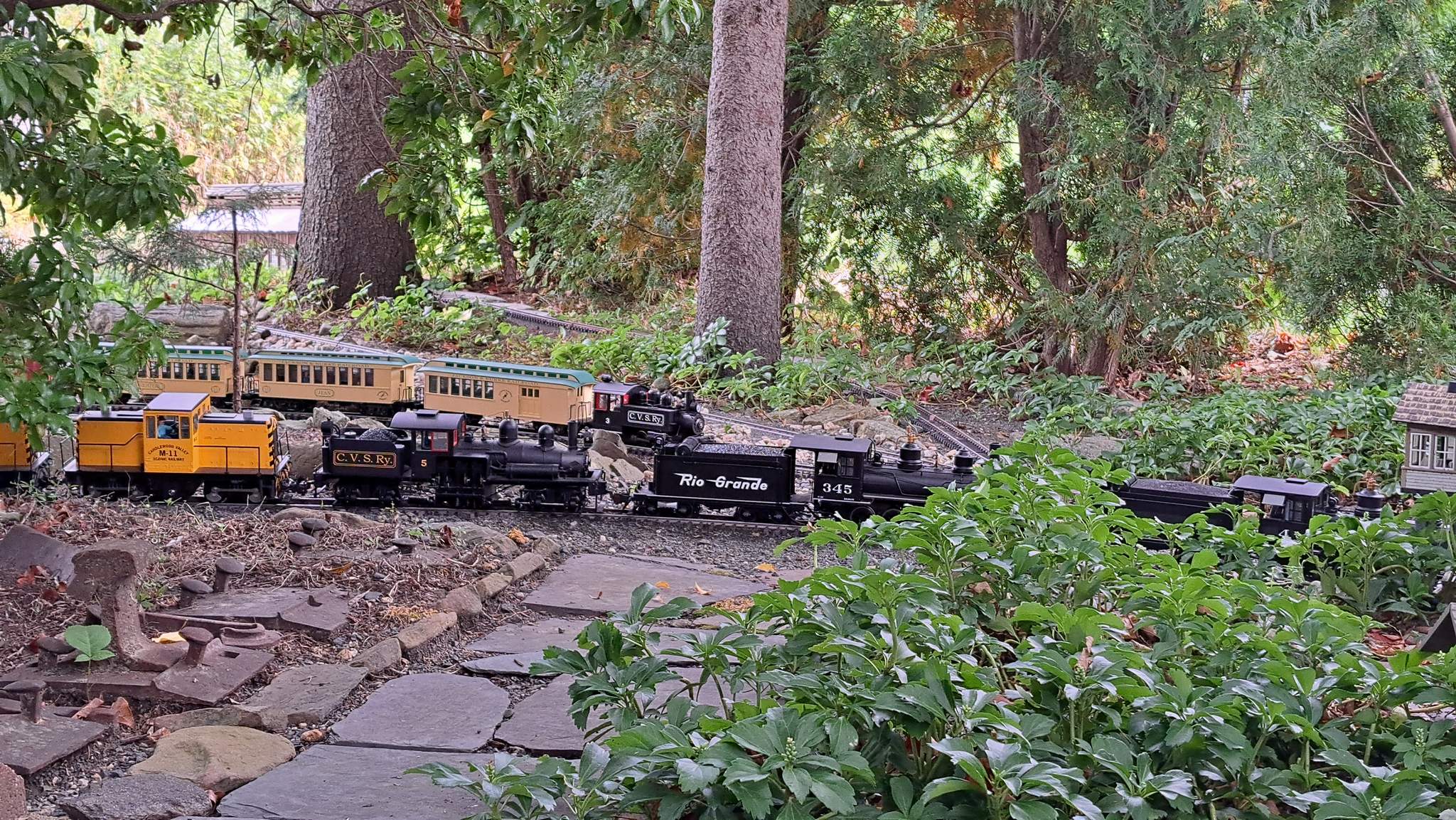 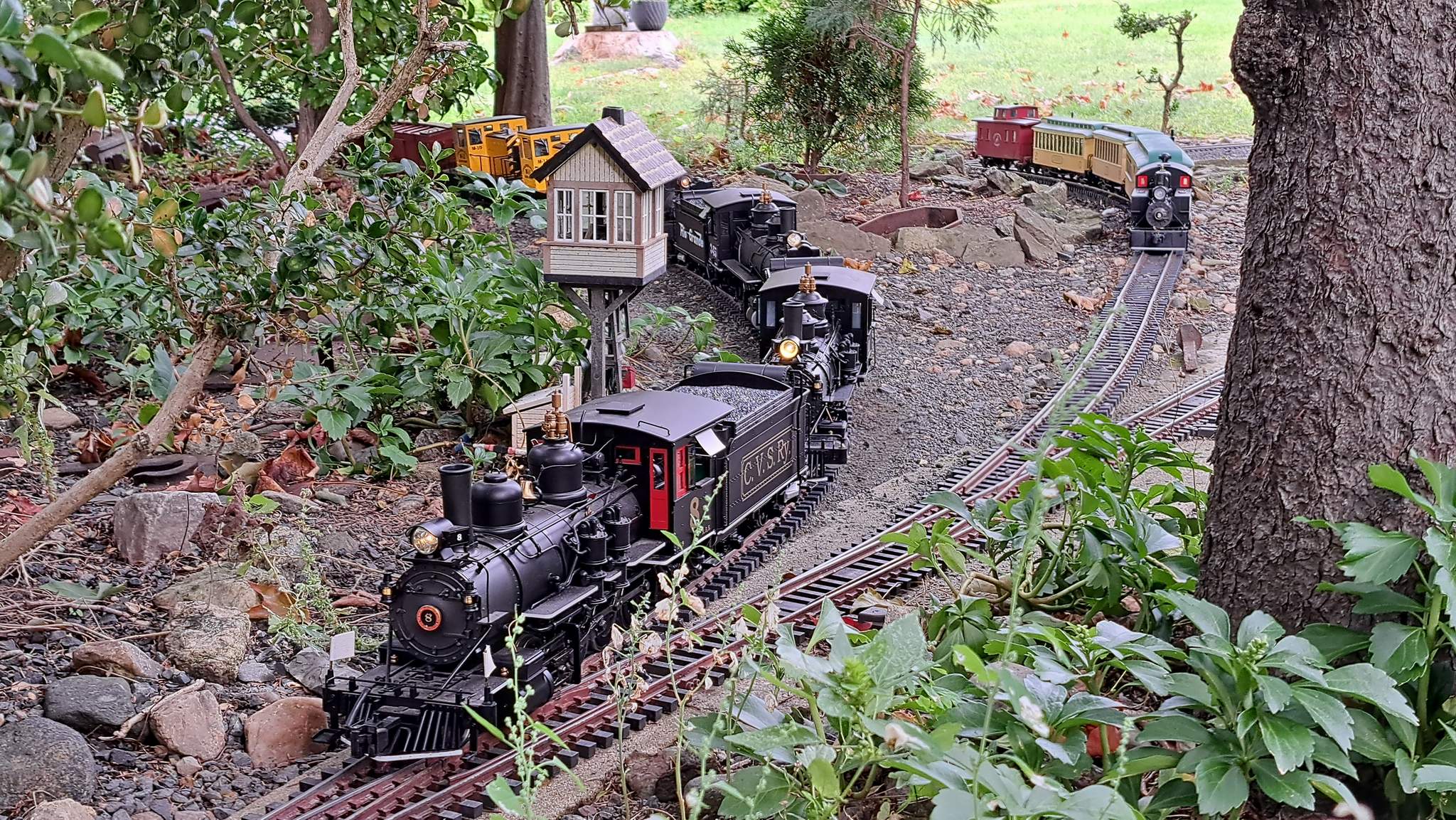 This is the reverse move to stage for the photo run by. I believe this is where the diesels got uncoupled and continued to back up the main to crash in the tunnel… 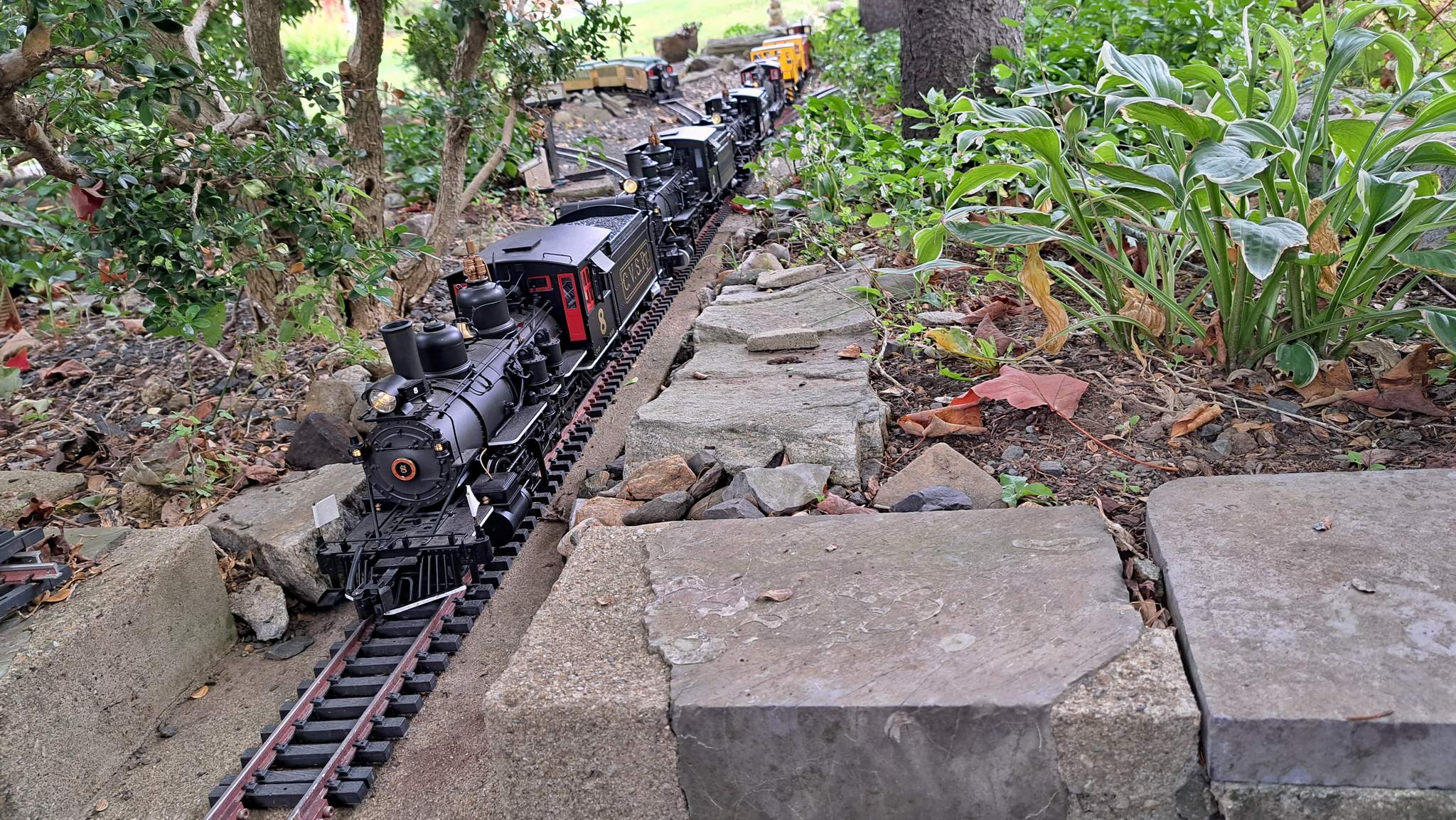 And finally, the mount I made for my cellphone to use my old VHS camera tripod… 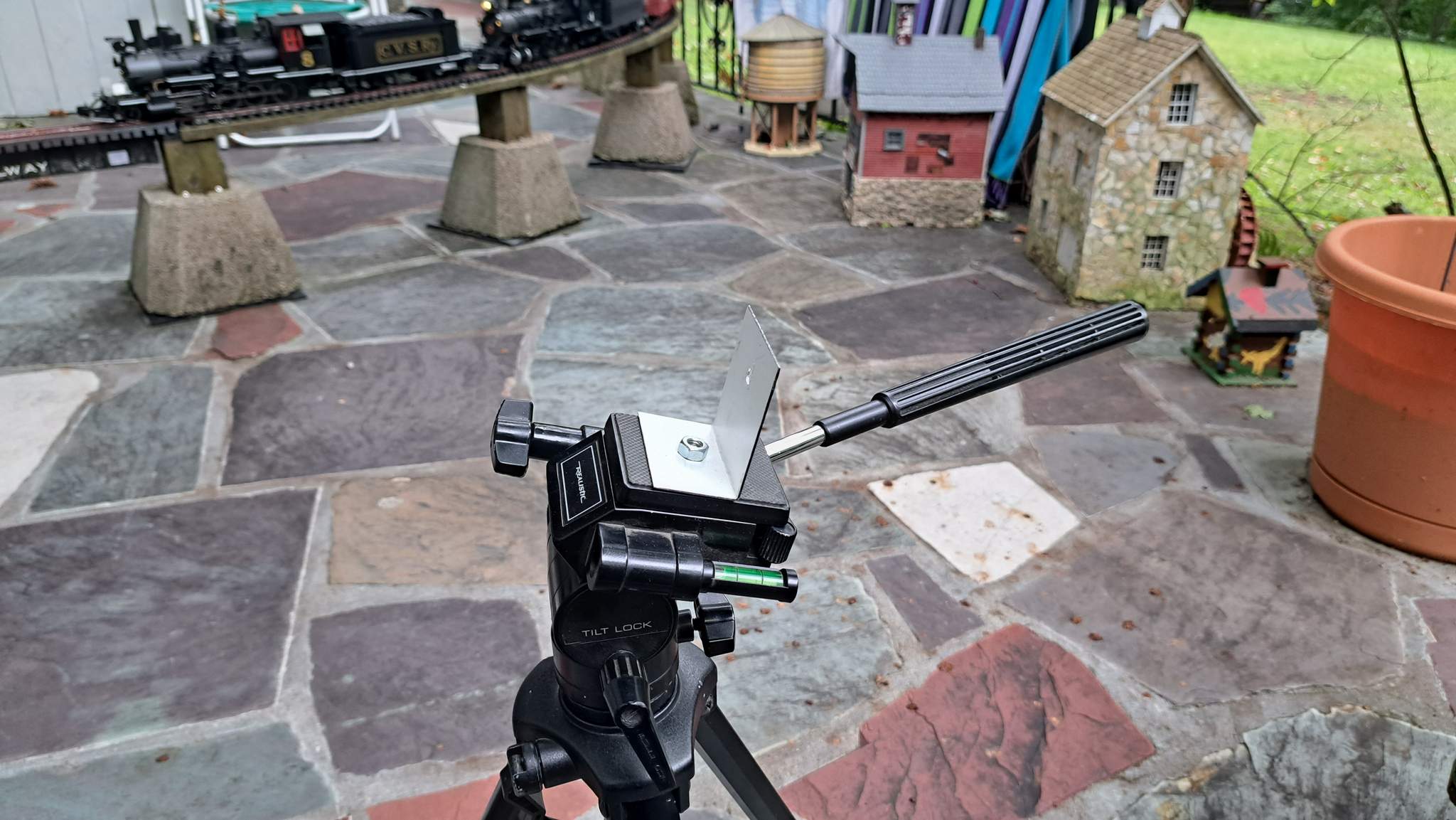 Just a bent piece of .063" aluminum with a hole and a 1/4-20 nut. The phone sits behind the metal and is held on with a combination of it’s kickstand and a heavy duty rubber band. Cost $0 and about 15 minutes of labor!