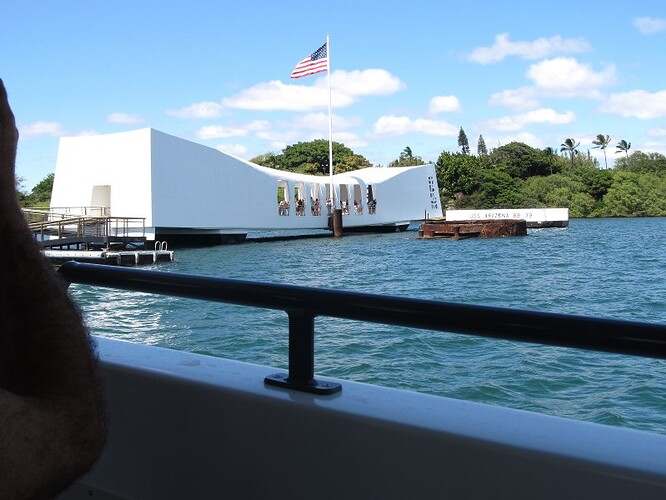 Tomorrow is a big event, for obvious reasons, out here. They are mustering about 80 WWII veterans at the memorial tomorrow, to include 20-30 Pearl Harbor survivors. Ages range from the mid-90s to about 105. The NPS says it will likely be the last muster to include veterans from the Continental United States.

I had the privilege of participating in one of these services about about 20 years ago. A friend honored me with the opportunity to escort his grandfather to the annual commemoration, which was aboard ex-USS Missouri that year. His grandpa was on USS Pennsylvania during the attack, and he was aboard another battleship at Tokyo Bay almost five years later, having fought his way across the Pacific with the US Navy. What was most remarkable was watching him and his comrades transform into a pack of 20 year olds the minute they crossed the brow of ex-USS Missouri. I could barely keep up as they ran up ladders and down passageways to still-remembered battle stations. Here’s a photo taken across the stern of the Bowfin showing the Missouri and the Arizona Memorial. 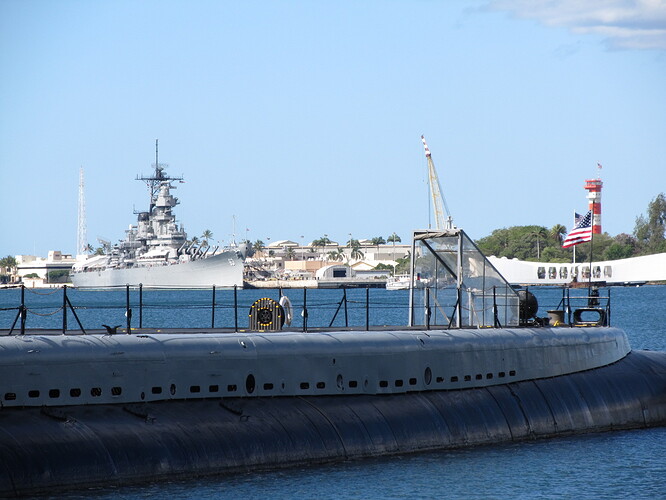 A Facebook friend owns the airplane in the picture 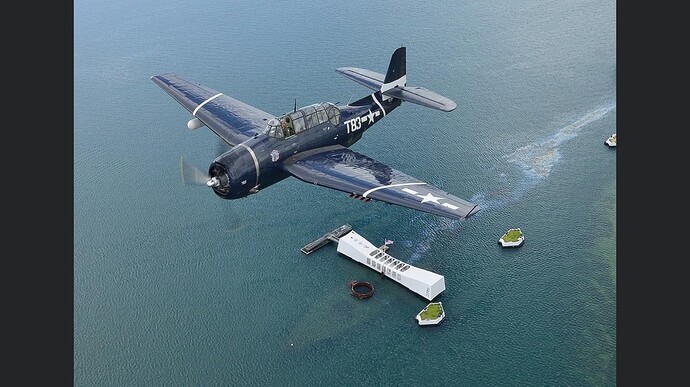