Hi folks,
So I’ve done a few Conway Scenic cars in the past for others, but this time I decided I need my own set! So a little back story…I grew up on weekends in North Conway, NH playing golf and watching trains at NCCC and CSRR (which were both restored around the same time by some of the same people!) I later briefly worked for CSRR as a trainman.
Alright…so I’m starting off with the valley train which consists mainly of 1920s era equipment. The coaches on the train are former CNJ cars and I believe the dining car is former a lackawana MU. Both the coaches and diner are rather well matched by the AristoCraft heavyweights. The first submission to this set is the 1058 coach named “Whitehorse Ledge”. 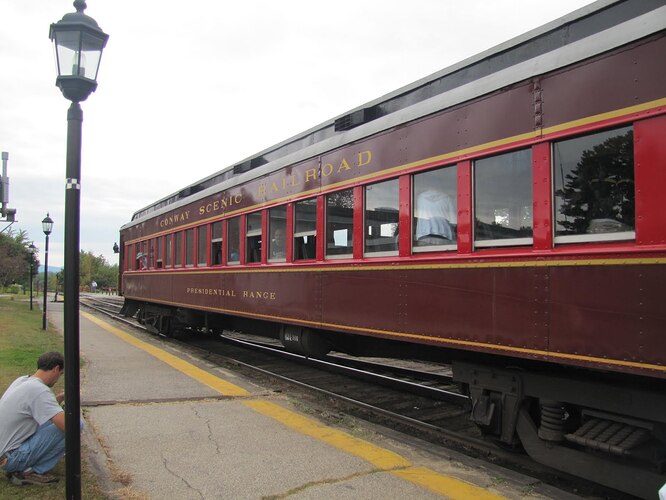 IMG_30801600×1200 180 KB
The prototype for this car has sadly been oos at Conway since about 2003. It may have gone out again on railfans day specials, but by then it was already getting rough along the sills. Since that time it’s been stripped of some interior items, probably swapped trucks, and it has donated a coupler to another CNJ coach. Plan is to do 3 red coaches, the dining car and I have a USA trains observation car which will attempt to take the place of Gertrude Emma, the railroad’s 1890s pullman palace observation. 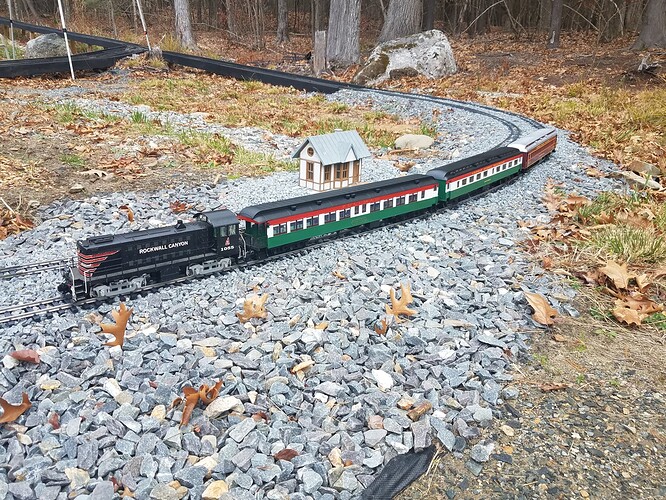 Can’t wait to see how you model Crawford Notch!

Funny you should mention…while I’m not sure I can recreate Crawford Notch itself, I do have plans to build the North Conway yard with roundhouse and depots. Ideally I might even try to build it all into a special purpose-built shed so I can store the trains and display at the same time. That’s going to be a while down the road though…

What will you pull those beautiful coaches with? 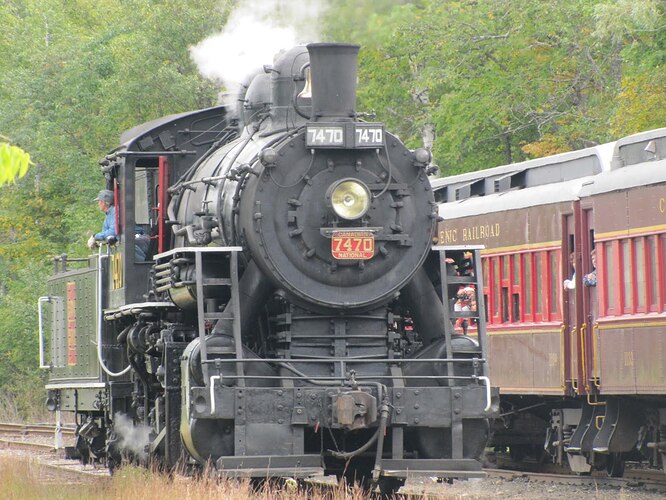 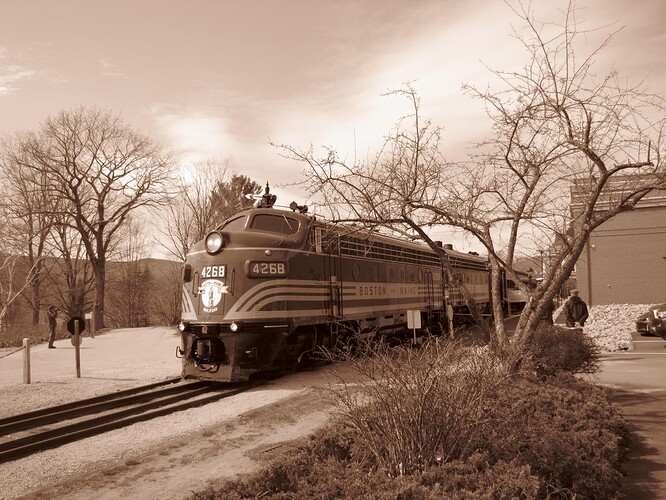 For the Notch train I’m going to do a pair of GP38-2s in their Maine Central inspired scheme! 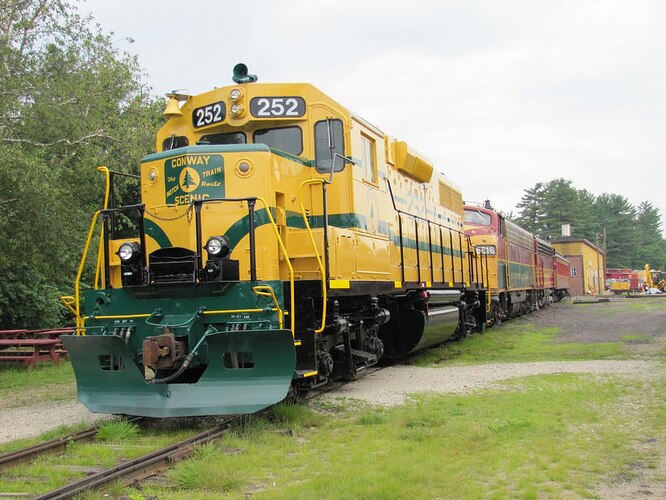 Your passenger car is spot on.
I really like your idea to create the yard as a storage area for your trains.
Did you see the facade I made for my turntable? It is based on the Conway Scenic roundhouse.

Thanks Todd!
That’s such a great job on roundhouse scene…I knew it was the NC Roundhouse the second I saw it!

Also thanks to you for the inspiration with your Cape Cod Central exursion train!

Alrighty I have 2 new cars to add to my Conway Scenic set! (I added a sneak peak at the top of the page)

First up is the dining car “Chocorua” which is made from a typical AristoCraft dining car. The prototype was made from a Lakawana MU with a vestibule removed and kitchen section added. The windows were modified to a surprisingly similar look to the stock Aristo diner, so I’ve kept the car mostly intact externally. Thanks to @David_Marconi_FOGCH I was able to acquire extra dining tables to extend the capacity to more closely represent the prototype. The kitchen area is rather small, as most of the work is done in the adjacent coach.

20221103_2221441920×695 104 KB
Next up is the observation car! Conway’s Gertrude Emma is actually an 1890s Pullman Palace built for the PRR Limited, also known as the “Yellow Kid” (reference to yellow journalism). The railroad had 4 similar trains for the Limited. 2 of 4 observation cars built for these trains made their way to Conway Scenic back in the early 80s. These were the Libertas and the Veritas. Libertas was restored to become the Gertrude Emma, and Veritas was stripped of it’s useful components and sadly scrapped on site. Since there are no models of these wooden palace cars in 1:29, I attempted to paint up one of the new USA trains steel heavies. I decided to name the car Veritas…we all know the truth about this one now lol. 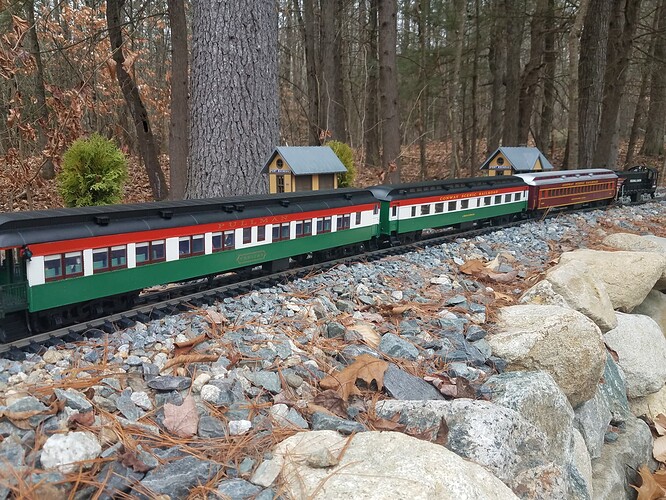 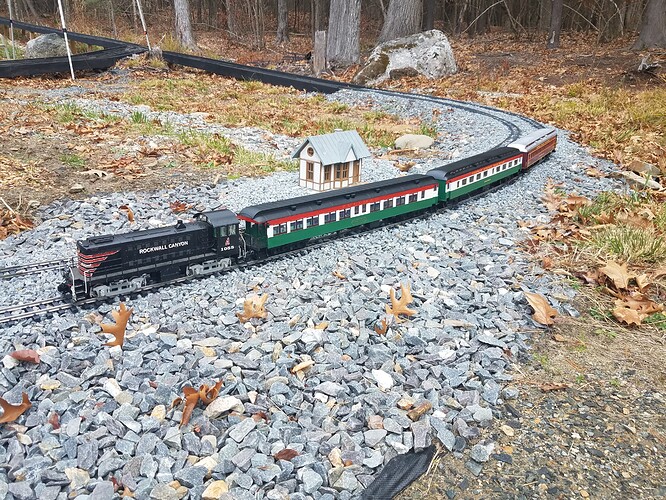 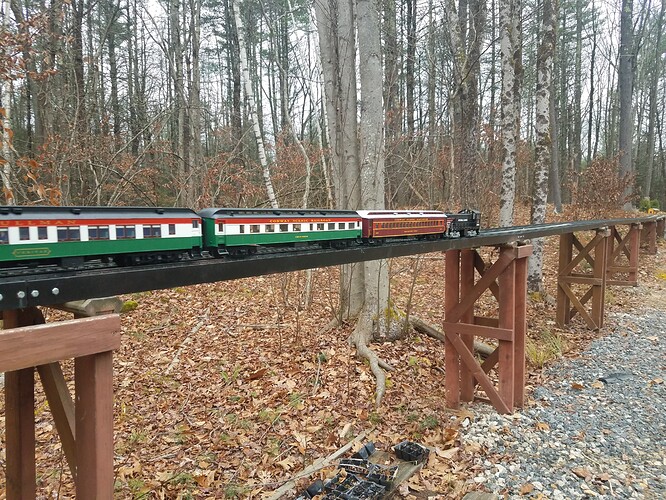 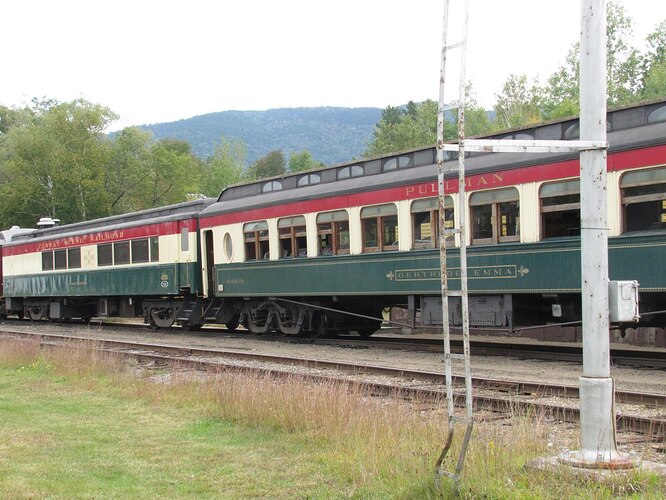