Thought I would share this.
I built my first rail truck about 1999-2000 and bought a 9.6 volt Nicad battery at Kmart to power it. A simple forward, off, reverse switch setup. It worked great and I reused it when I built my trailing cars for several rail trucks and small locomotives about 2007-08. (I also built a trailing car with AirWire/Phoenix) to give some diversity.

Anyway, looking in the cabinets yesterday I realized that I hadn’t used that trailing car in well over a year, and sometimes it had went as much as 2 years between charges. Knowing the battery had to be replaced I figured “what the heck” so I slapped it on the charger for a few hours and set it running.

It ran for well over an hour and showed no signs of fading, guess I will keep running it

Of course some pictures.

The battery in the trailing car 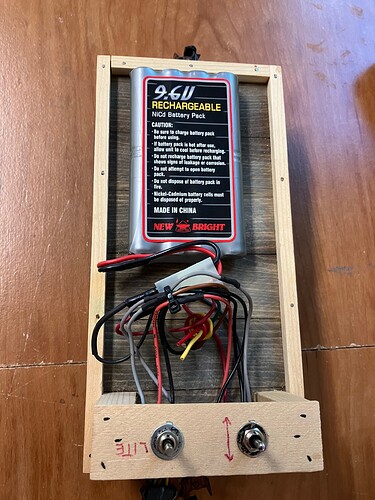 What I was running 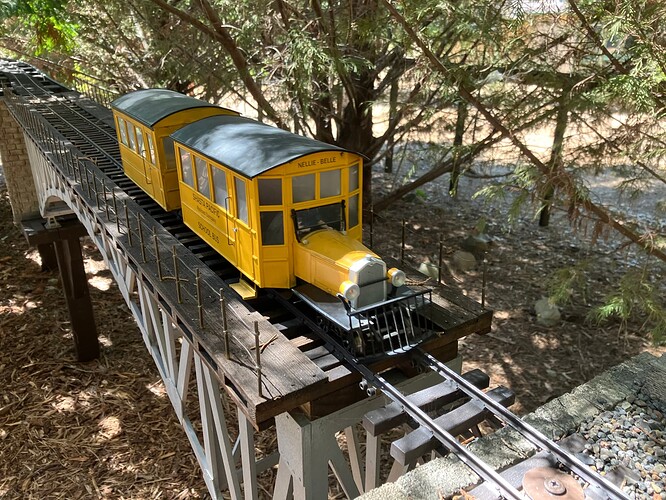 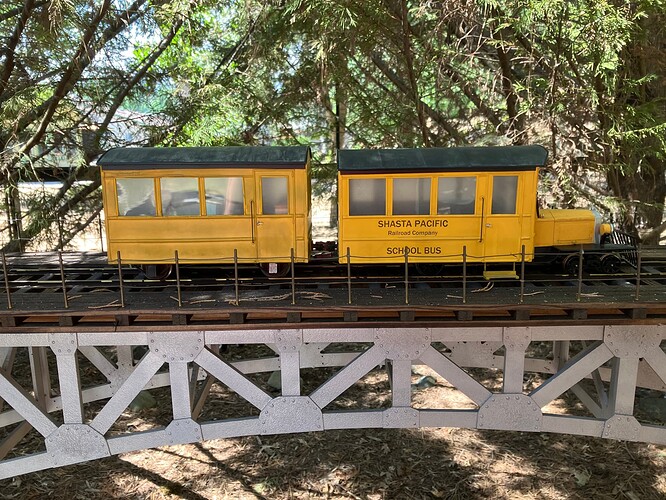 That’s amazing that a NiCad that old still functions well. You either took really good care of it, or got really lucky! It looks real good out on the line. If those pictures are recent, it looks like you got a break from the smoke.

Those pictures were yesterday afternoon, the smoke was gone for a while. The smoke here the last couple of days has been like a tide that comes and goes ever few hours