Some time back I was searching EBay for a part for a locomotive and in my search I happened across this locomotive. The Ebay listing showed this Barry’s Big Trains 4-6-0 locomotive, uncompleted with various issues. Now as you may already know or if you have read previous posts that we have put on this site, you will realize the Barry and I were close friends and when I saw this locomotive listed, I had to find a way to obtain it for our children’s model railroad and train safety program, in honor of Barry and all he did for us over the years.

In spite of the work that needed to be done to it, the price was fair, so I took the dive and bought it. We didn’t really have the funds at the time but I couldn’t pass it up. I have a lot of experience working on Barry’s equipment but I am by no means a total expert, however, I felt I could do the repairs. When the locomotive arrived, it had a broken cow catcher, a broken headlight that didn’t work, minor damage to the tender, extended coupler length, a few missing parts, a broken front truck assembly, gauge issues and it was out of quarter. Some of this was caused by shipping damage . On top of that, it needed decals to finish it up. I knew that Stan Cedarleaf could get me the decals but the rest of these problems were a bit to digest and I knew it would take some time to get them all fixed but I also knew we could handle the job.

I had remembered sometime back in conversations with Barry that he had told me that he had built a 4-6-0 locomotive in the Colorado and Northwestern livery for a gentleman but he never elaborated on anything about the project other than to say that there was a request for passenger car trucks on the tender, so either he did it or it was done by the customer. Not sure why or what all that meant, but I left it the way it was because of that reason. Don’t know if anything’s accurate because I don’t know much about the Colorado and Northwestern other then it was a 75-mile branchline that did not exist for very many years. I searched the internet for photos of their locomotives or anything I could find on them but since they were around in 1899, it’s a bit hard to find photographs of their locomotives and rolling stock, unless there is someone who has photos that I have not seen or was not able to obtain. The only photos that I could find are provided here, which unfortunately do not include locomotives and are very small, grainy and hard to see. Even though this locomotive may not be totally accurate, as far as I can tell or have seen, this may be the only locomotive in G scale ever done in the Colorado and Northwestern livery, (unless there’s a hidden one out there, which we’d love to see the photos of, if you have one) so we are proud to have it.

I repaired the cow catcher and I had to install a new headlight because it was broken in shipping and in addition, the wires were ripped out of the back. I found a new smokestack that Barry had sent to us some years back and installed that. I received a new front truck assembly from Bachmann and installed that on Barry’s metal lead truck arm. I repaired the tender and shortened the coupler arms and mountings. I re-gauged the wheels and fixed the quartering issue which was a job in of itself. The unit has a sound system but I’m not sure whose it is. The front number plate did not have a number on it and the number 5 decals were needed for that plate as well as on the cab, steam chest and the headlight. When the smoke stack was replaced, I had to replace the smoke unit as well. The decals on the tender were scratched and damaged lightly, so I had to fill that in and clearcoat the tender and locomotive after the decals were applied.

As with all of Barry’s locomotives, this one has the strength of an elephant or maybe four. It’s an excellent puller and doesn’t look too bad. It’s not perfect but I tried to leave it as close to what Barry had done as I could. I remember him talking about some of the things that he had done to it but since it originally was not our locomotive, I didn’t pay as much attention as I should have, except for the things that I’ve already mentioned. I just wanted you guys to see another piece of his artwork that will be preserved for him.

For those who are curious, I’m very sorry that I cannot give any further information of his whereabouts because I don’t know myself and because the family has chosen not to release that information to anyone, so it’s anybody’s guess as to where or how he may be. I have inquired many times but get no information or satisfaction as the family is very uncooperative. He’s very special to us and we are trying to preserve every locomotive of his that we can find, so that they will end up in a museum for kids and the public to enjoy and interact with permanently, along with all of our other equipment someday, if for some reason our program should cease to exist at some time in the future.

After the pandemic, kids will get an opportunity to run this locomotive but we will have to use Denver and Rio Grande rolling stock because we don’t have any Colorado and NorthEastern or Colorado and NothWestern equipment, or any other models of branch or main line railroad equipment (of which there was a large amount) that existed in that era. I still think the locomotive will look good in front of the yellow Denver and Rio Grande Passenger cars however.

I just thought I’d share this with you guys who like Barry’s equipment, as well as everyone else, just to and let you know that another one of Barry’s beautiful pieces of artwork has been preserved and is up and running again.

I want to thank Stan Cedarleaf for doing such a great job on the decals.

Appreciate the privilege of posting here! 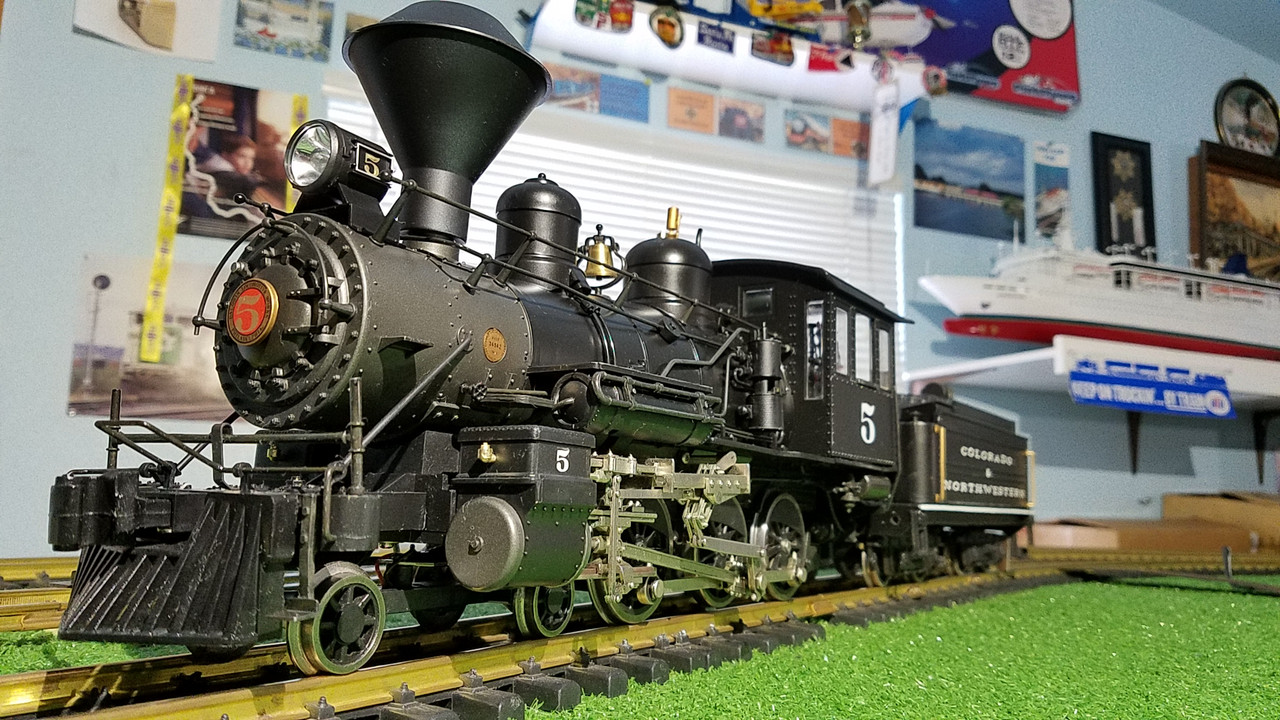 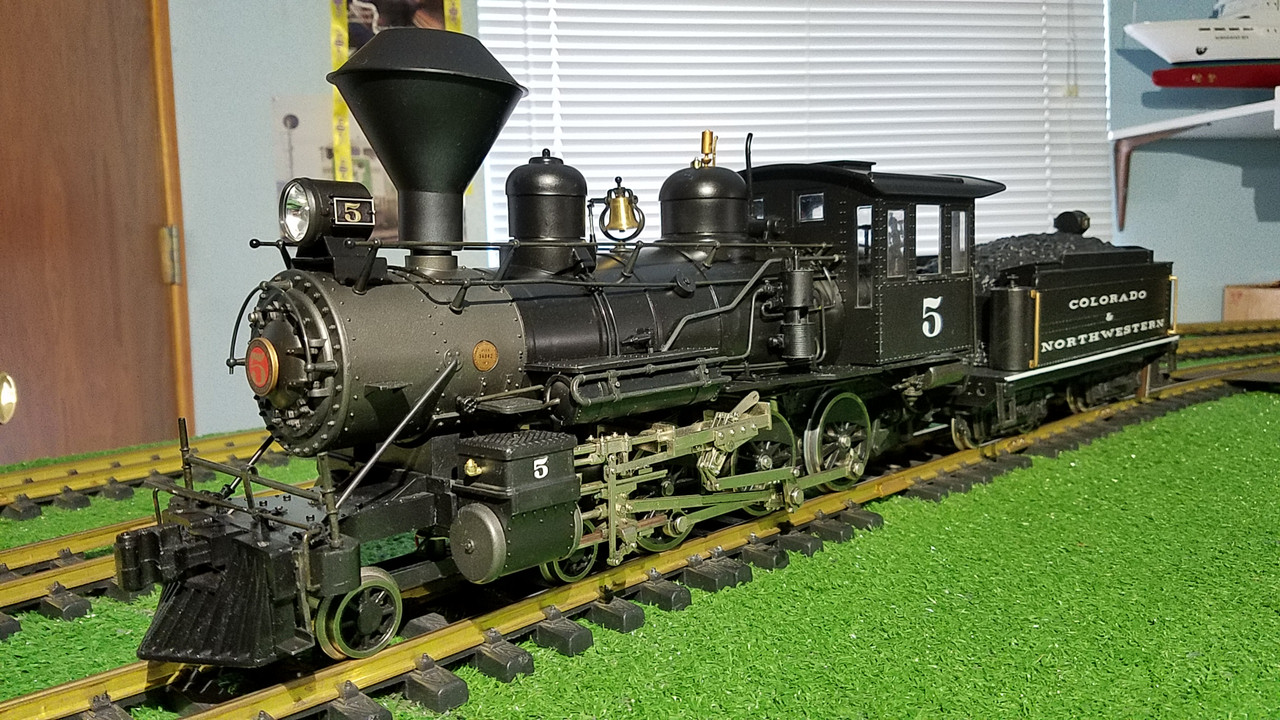 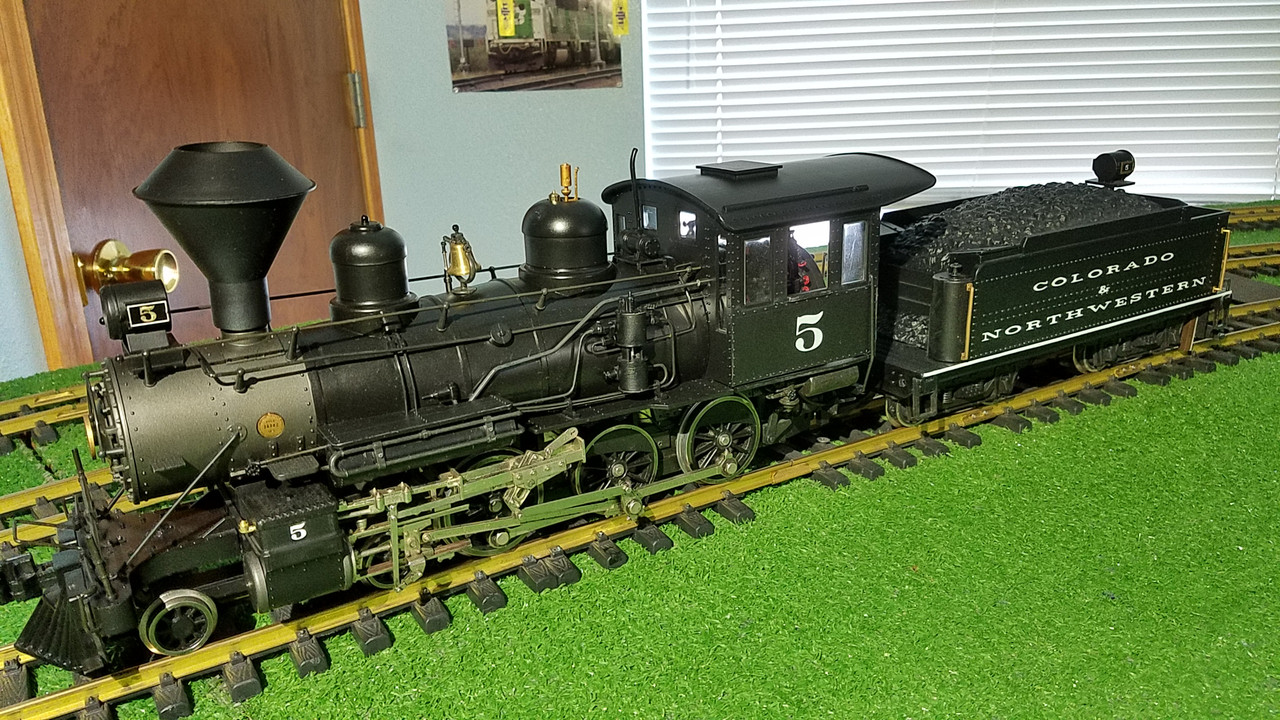 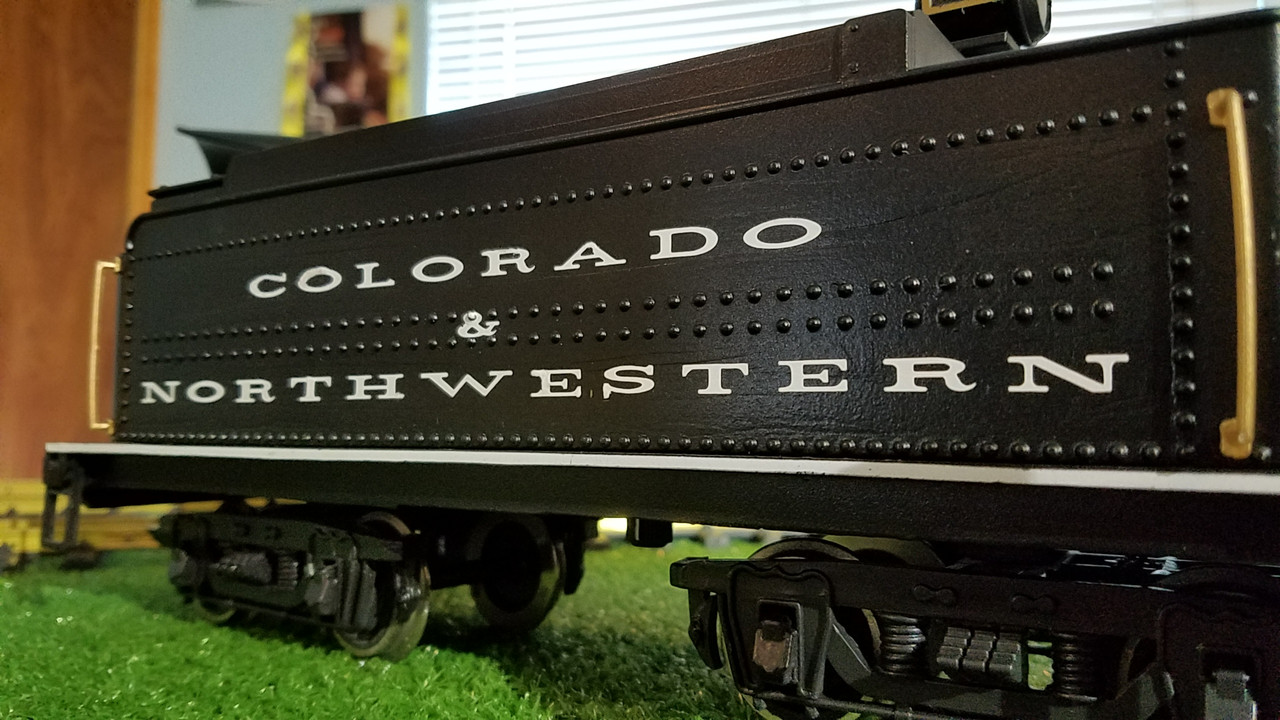 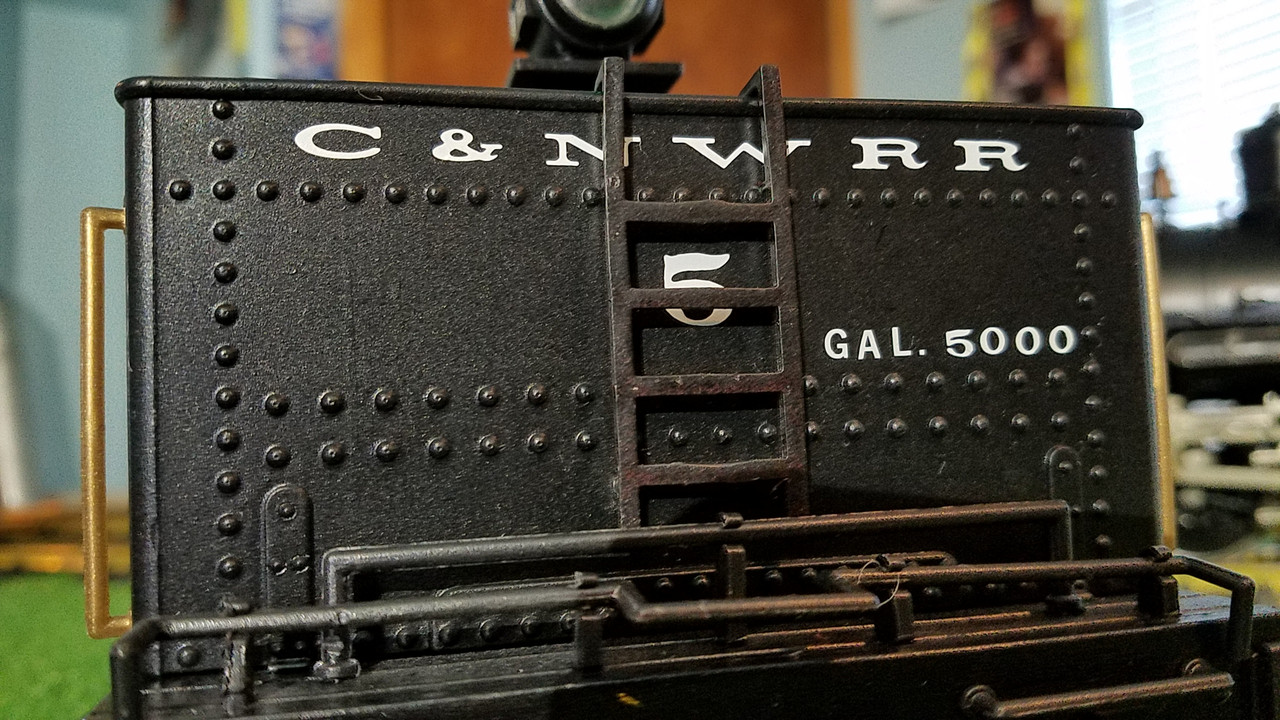 All photographs not taken by our program belong to their perspective owners.

Thanks everyone! Appreciate the replies and Thanks! Ken

Had to smile some when I saw the lettering on the back of the tender. Same initials as my my I worked for Chicago & Northwestern. (C&NW) Later RJD

I searched for more photos but there seems to be very few from that era. Maybe they are hidden somewhere online. The ones I found were from that train but locomotive photos are rare, especially with this railroad. Very Interesting employment history though, thanks for sharing that!

Appreciate all the thank yous everyone!