Anyone who owned or owns one of these locos knows what an absolute bear it is to get the cables in the sockets on the tender, and even more tricky to get them out. 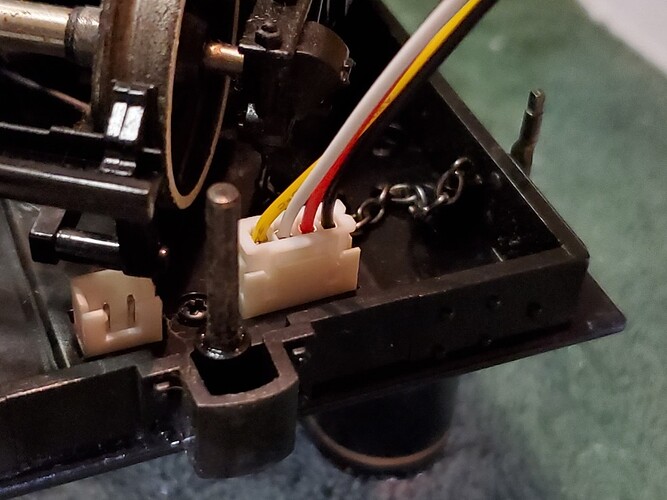 They are pointing down and the brakes get in the way. I also just discovered another silly problem - the plugs are designed to be difficult to undo. [If you want some, they are XH type 2.54 JST plugs - that pic above was when I was testing that I had a duplicate - note the colored wires.] 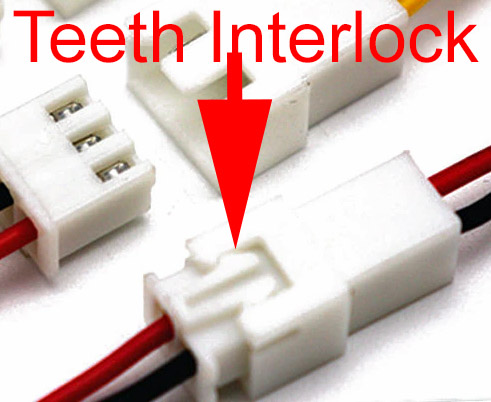 On this next photo I blackened the tips of the interlocking tabs. A simple fix, if you want to make it easier to undo them, is to file off the tabs on the male (the one with the pins sticking up, although some sellers call it a female as the other piece is pushed in to it.) 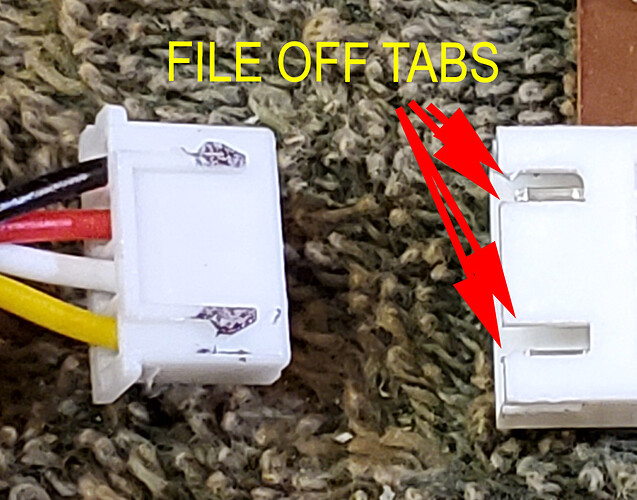 Then my pal Tim got fed up with the hassle and put a set of pins on the front of his loco. 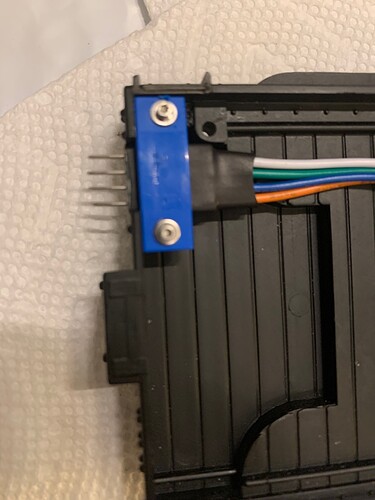 . . which I thought was a brilliant idea. So I took the tender I’m working on apart and dug a XH2.54 male out of my cable stash. 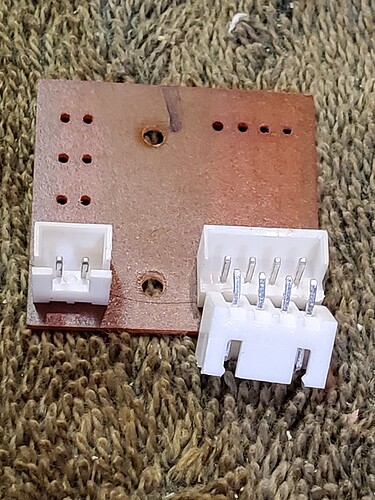 I bent the pins a bit to move it sideways and soldered it to the existing pins: 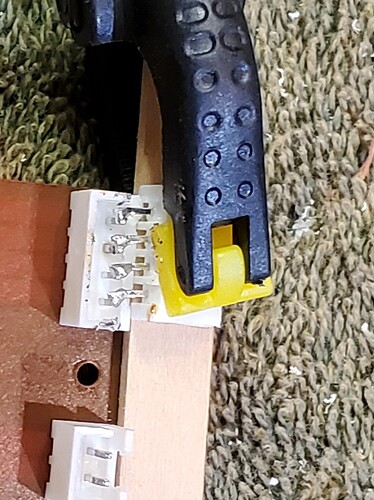 I had to move it a little as the bumper for the coupling pin was in the way. The board was re-drilled with mounting holes as close to the other conductive traces as possible, and the front of the tender was cut to clear the plug. The 2-pin chuff moved the other way past the pin, so I found an old piece of perforated circuit board and mounted it on that. 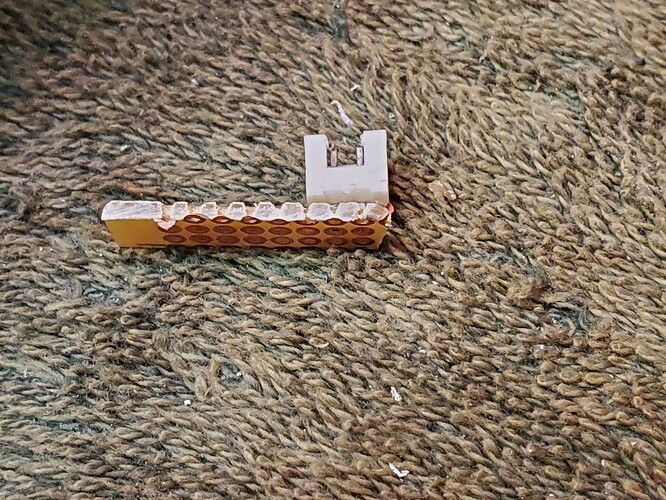 And here they are with the PCB moved 1/8" to one side and the original black plastic cover chopped a bit to clear the new plugs. 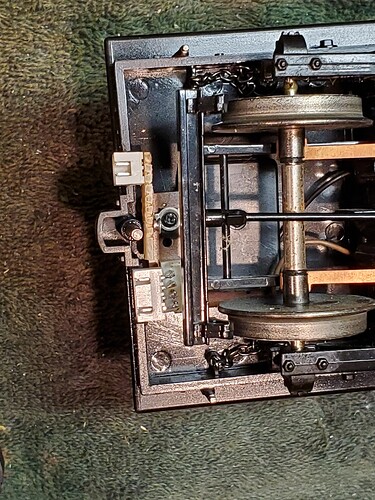 When everything is right way up, it looks like this: 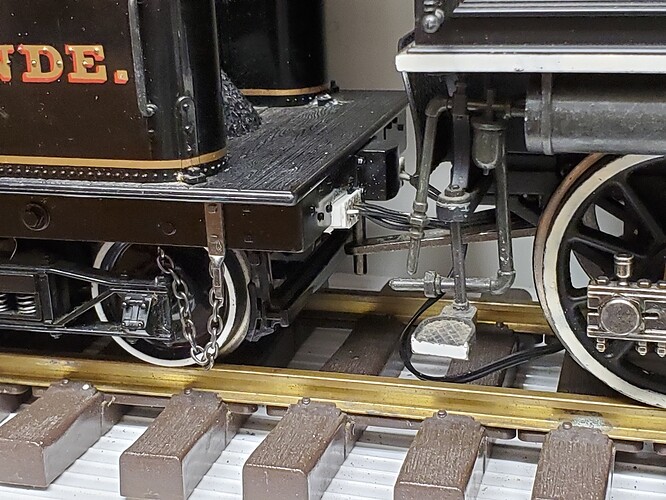 And with the fall plate down you can hardly see it: 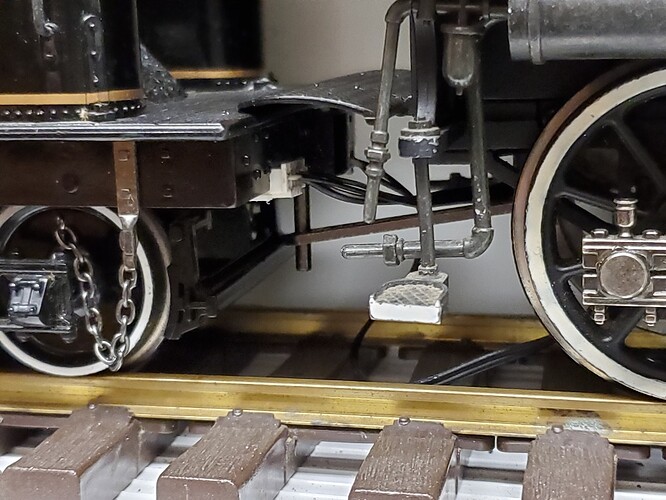 Good fix. Bachmann had the same idea with later models and placed the plugs in the horizontal plane. They are still a bear to attach and remove, but at least they are reachable from above

you can hardly see it

Get yourself a black Sharpie Paint Pen. Then you can blacken the visible parts of the plug and they will all but disappear.

You think I don’t have one?