We're getting down to the nitty-gritty here, folks. The last stop on the Rail Road. Porter will be a mining town with a ore tipple and Manufacturing plant and have a "wye" that can be used from either here or Delores.

What we finally arrived at for Porter:

It will eventually be as long as the yard in Delores.

Before I start on the rest of it, I need to build a curved switch for the start of the Wye. Then, from there I can figure out where the rest of my track will go.

Now I can start working on the road bed for the Wye.

Installed the switch for the wye in between raindrops.

The switch was built and the Wye is in.

Rail joiners arrived, so it back to work. First thing on the agenda was to add more x-members under this portion. Something I should have done earlier before the screening went down.

Then it was on to working on the north siding. This will be for Mills Mining Co. with a ore tipple and manufacturing plant.

Today was spent extending the bench work to it's final size.

It will end up about 3' shorter then Delores Yard. That 3' in Delores happens to be the turntable.

It's a little over 5' wide at this point.

Trimplank is down and needs some screening.

A run to Lowe's in the morning should take care of whatever I need next.

I added a siding to the tail of the wye for Mills Manufacturing. That will take careof that side.

Radder's Mill will be inside the wye area. It'll have a small loading dock and only handle about 1 car at a time.

I'm still deciding on an escape track for the sidings on the left. If I do want one, I'll have to build 2 switches. But I'll make that decision after a couple of operating sessions to see what all will be going on there.

I hosted an operating session on Wed and  Bruce and Jean Chandler and Jim Kottkamp drove up to participate.

Jim arrived early and helped with setting out cars. I think he more fun just running around on the layout. 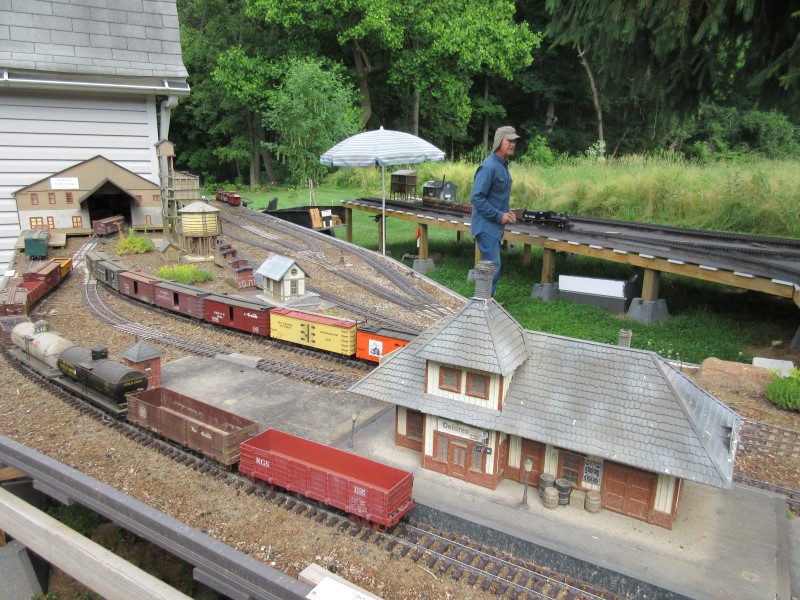 Bruce and Jim ran Train 1 while Jean did some bird watching. Here they are switching out Mancos. 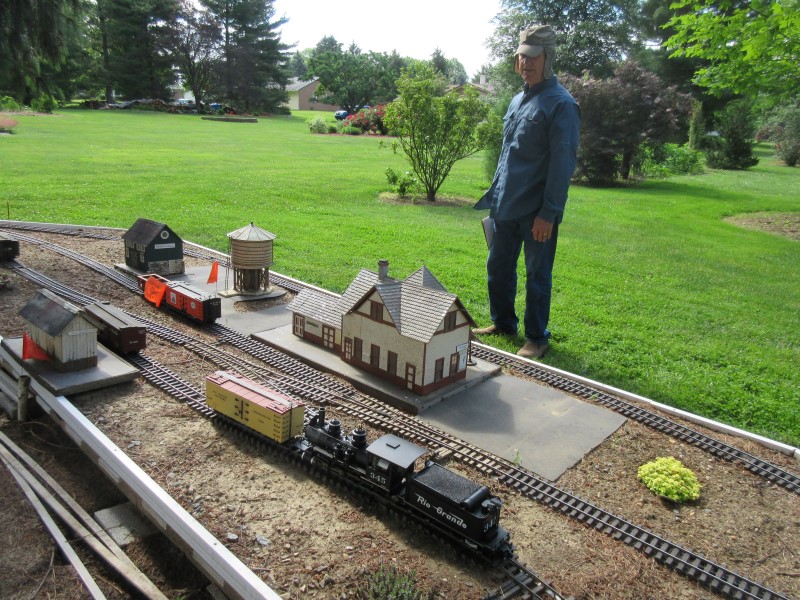 Then it was on to Hesperus.

I was happy with how things went. Bruce and Jim had a good time. Now, if I can spend a little less time playing, maybe I can finish the scenery....