I recently finished a new figure. This one is a fireman for my Bachmann 4-6-0. He’s based on our son Steven. The likeness isn’t quite as good as I would have liked but it’ll do. I added glasses to this figure. They’re a bit larger and rounder than his, but they’ll do too. I plan to do another figure of Steven later, in street clothes, for another part of the layout, so this one doesn’t have to be perfect. Here are a couple pics; 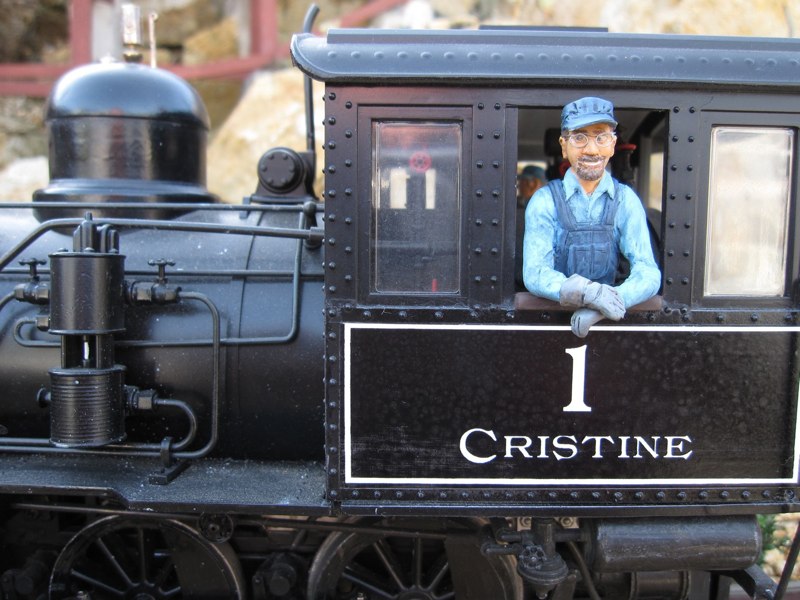 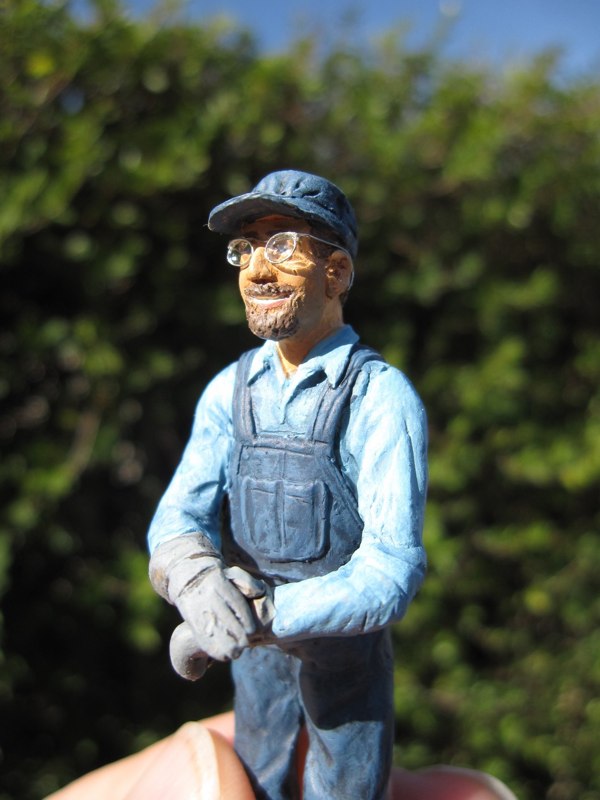 I found out something… it helps to shoot digital pics while sculpting the figure. I did that on my previous figures because I was planning to use them in my GR article. In the closeup, digital images, I saw a lot of things that needed refining, and was able to correct the figures as I went. I didn’t do that on these last two figures. Instead I relied only on the magnifying glass and thought they looked fine. When I shot pics of the completed figures, that’s when I discovered things that should have been further refined – but it was too late. Edit – Here’s a pic of the “prototype” for comparison: 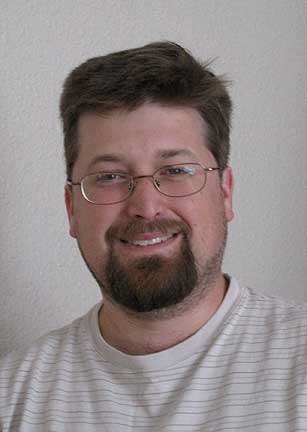 Mighty fine work Ray. Looks close to me. I think you can follow the two foot rule here.

Looks great Ray. I think you did really well with the glasses. It’s very hard to model detail that fine, and you pulled it off.

But I think the work you and your wife Cris did raising this fine young gentleman (Steven) is even more impressive.

Keep up the good work.

Anything Ray does… Awesome. Calling his son “the prototype” Priceless

I think it is not only great, but it looks enough like him to pass the test.

Actually, a case could be made that the rounder glasses are more prototypical for the steam era; so, really what you accomplished was to apply a modicum of artistic license in order to increase the prototypicality of the prototype. (http://largescalecentral.com/externals/tinymce/plugins/emoticons/img/smiley-cool.gif)

Calling his son “the prototype” Priceless

Dang it I was going to say that but Pete beat me to it. In any event I like that figure Ray.

but, f you do him again, make cheeks and chin broader and the nose a little smaller.

do i look right? do the glasses really have glass? how??

Second the tip on taking digital photos as you model detail is great. When I was doing all the details on the mogul I thought I was doing great until I took close up photos. Then the uglyness was glaring. I decided right then that from now on I will take pictures and review them so that I can make changes and clean up my work. Great tip.

Third did I mention yet that I have a little modelers crush on you.

Knowing Ray’s attention to detail, I’d not be surprised if the lenses matched the prescription of the originals. (http://www.largescalecentral.com/externals/tinymce/plugins/emoticons/img/smiley-wink.gif)

Knowing Ray’s attention to detail, I’d not be surprised if the lenses matched the prescription of the originals. (http://www.largescalecentral.com/externals/tinymce/plugins/emoticons/img/smiley-wink.gif)

That’s a good one, Kevin! I wish I had thought to say that!!

near the bottom of the page.