Good morning,
After many years outside my depot has become rather dilapidated. 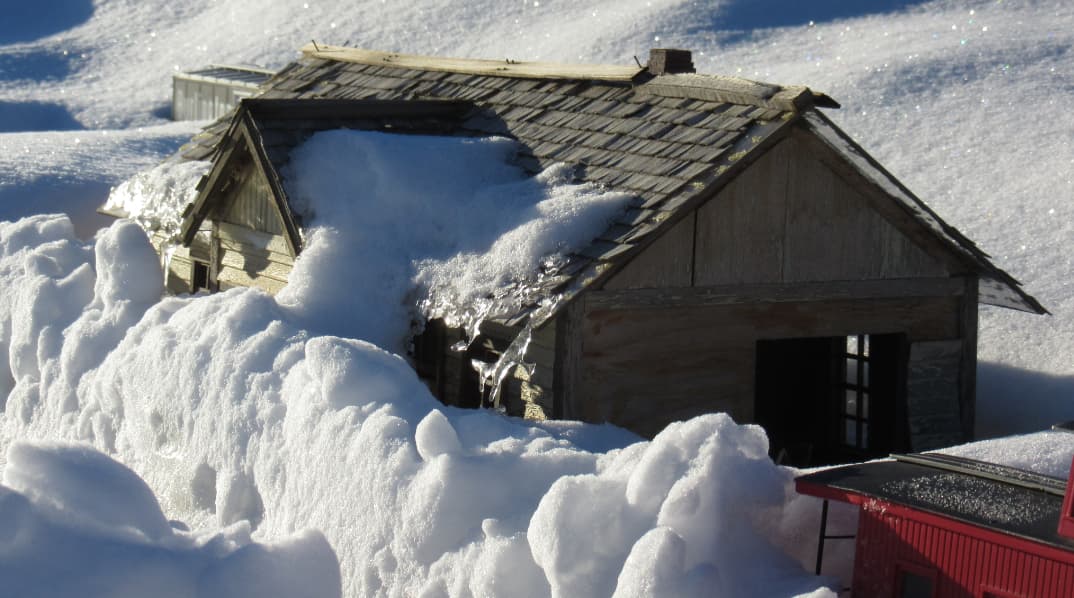 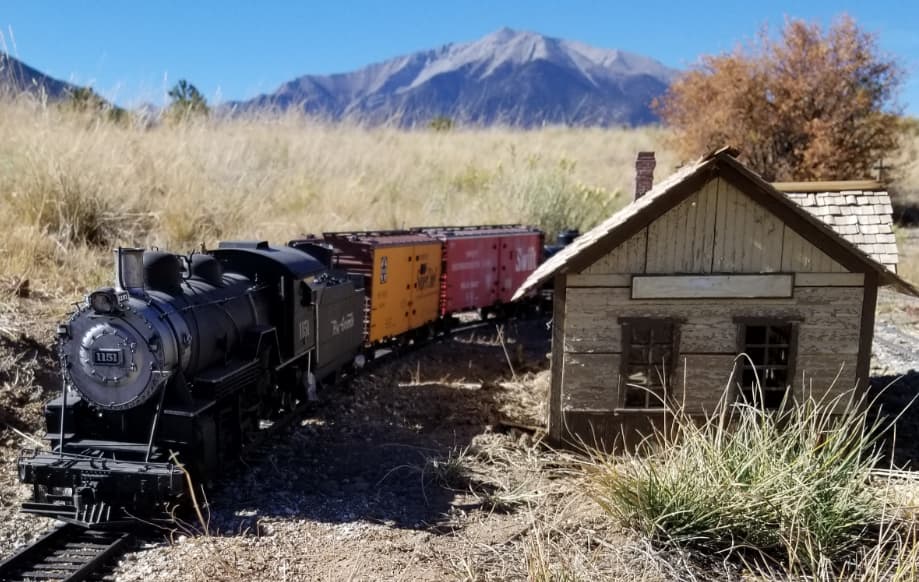 image919×582 85.8 KB
I decided to replace it this winter. I model the standard gauge D&RGW in the San Luis Valley, so I chose a simple depot once located at Mosca, CO.
I was only able to find two pics of the depot - here’s one: 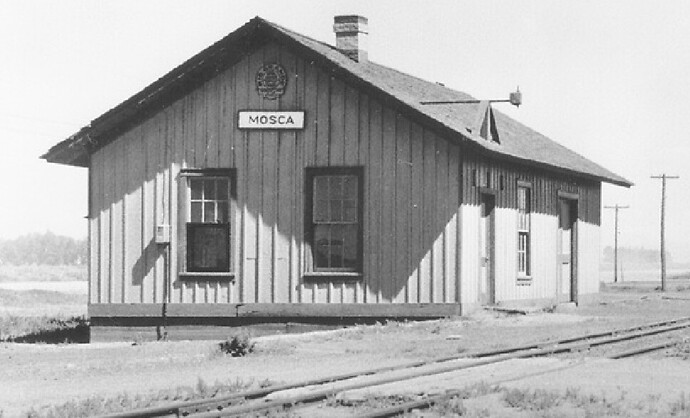 image968×587 121 KB
Last spring I obtained the Grande’s ICC Valuation report for this depot which gives the basic dimensions. The new depot went together fairly quickly as it’s a pretty simple design. I began by making all of the walls out of 1/4" square basswood framing and board and batten siding from a dollhouse manufacturer: 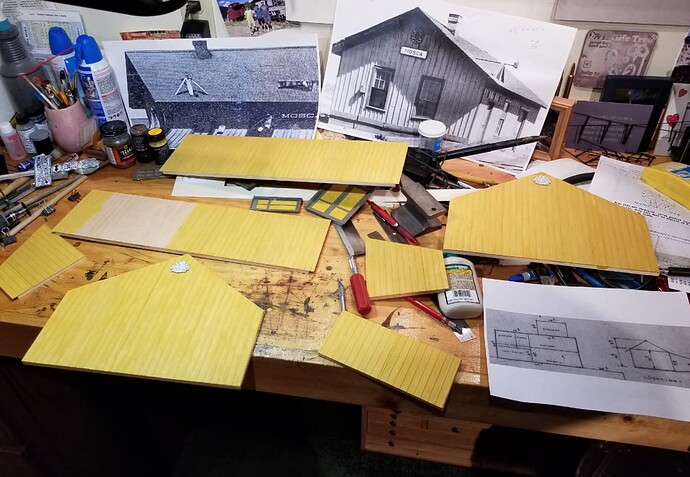 image1198×829 118 KB
The doors and windows were salvaged from yet another depot that was retired ten years or so ago. All windows were re-glazed with microscope slides from Edmund Scientific - nothing beats real glass! The walls were painted with PBL Star Brand D&RGW Depot Buff and trimmed with Seasoned Brown Wood. Here you can see all the pieces assembled: 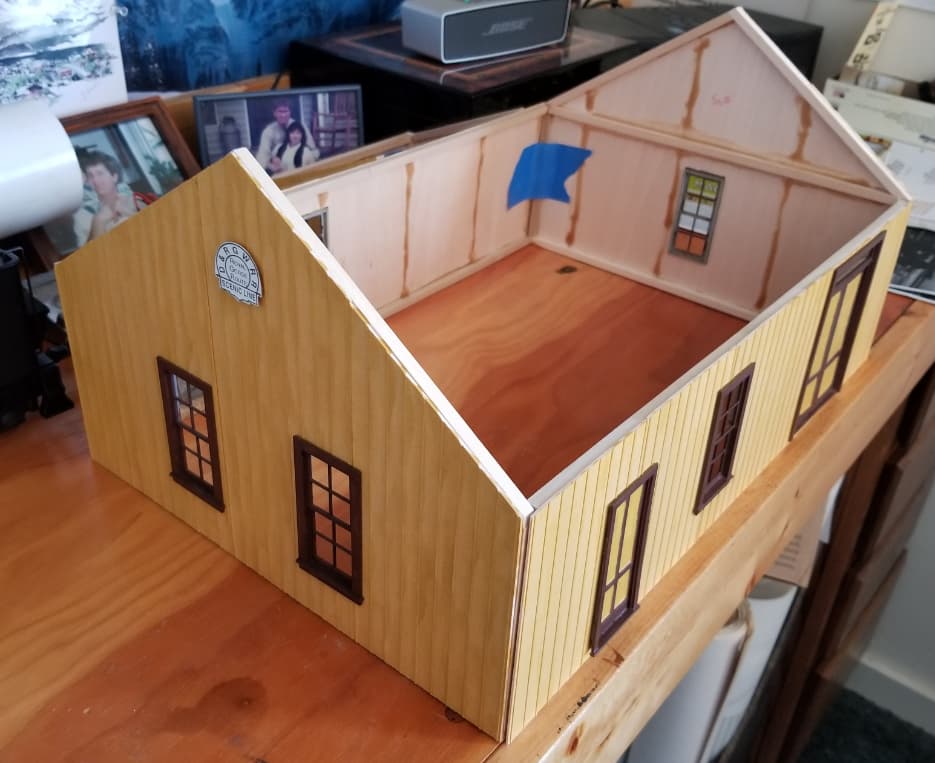 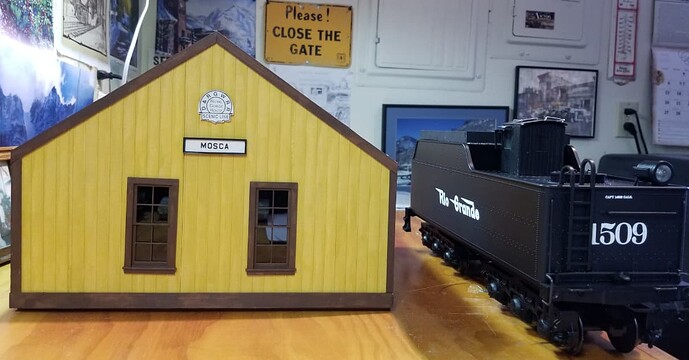 image1207×630 67.9 KB
I added a solar powered light from a failed set of Christmas lights, using a golden white LED somebody used to market to the large scale crowd 10-15 years ago: 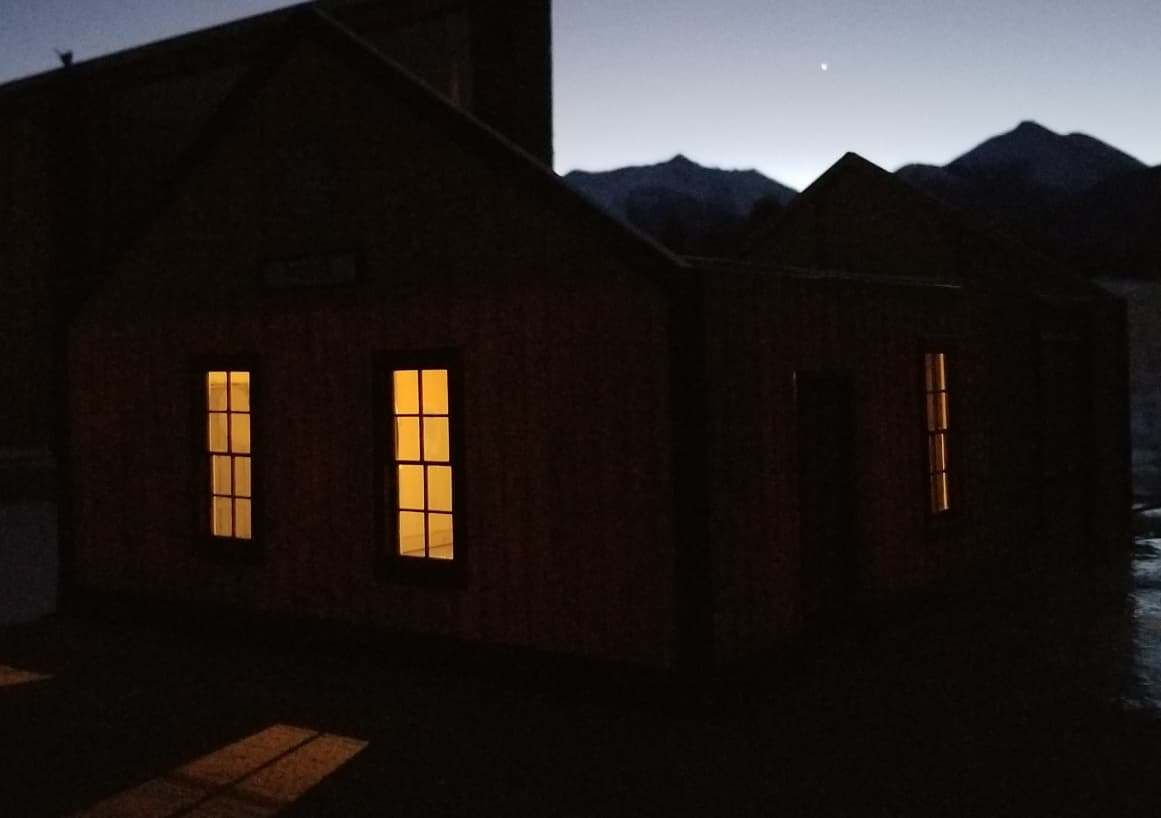 image1161×818 29.8 KB
Here’s how the depot looks today. My intent is to salvage the roof from the old depot for this one, but at the moment the old depot is frozen to the ground: 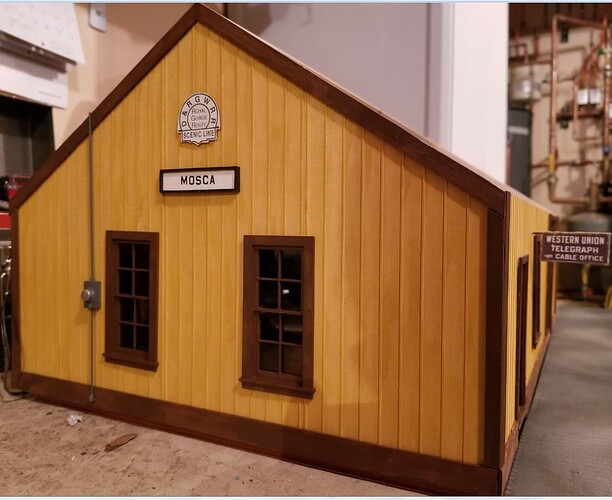 Nice model!
Matt, when I need to replace a building (Mine stay out all year), I just move the old one to somewhere on the layout and let it decay as if it was abandoned, just like the real thing. Over time, the windows fall out, etc. Your dilapidated model looks great as well!

I wrapped up this project last weekend. Modeling is largely suspended for me when the weather is good. Anyway, here’s the finished model out on my railroad: 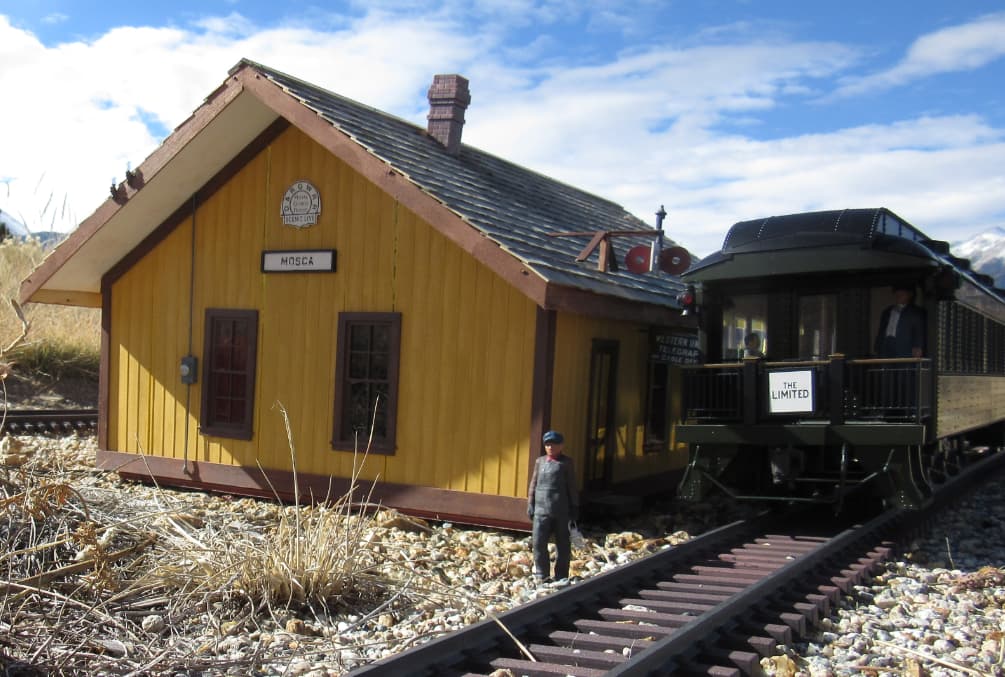 image1005×677 93.7 KB
About three million shingles have been added ;). The shingles are #H7004 from Houseworks; they have been washed with a blend of India ink and alcohol.
The man standing on the ground and the one on the platform are 3D printed from Shapeways. The guy on the ground is holding a 3D printed lantern from miniprints: https://www.miniprints.com/