I have a soft spot for these trash-to-treasure projects! What a save!

I was watching the movie “Wild Wild West” and it has a 4-4-0 and a couple passenger cars and I thought of this build.

That loco is “William Mason” at the B&O RR Museum, and that’s the 3rd restoration to use it in a movie. At the time it was the oldest working loco in the country - from 1860 something. While it still had a boiler certificate we used it on ‘steam days’ and I’ve ridden in the cab.

It’s standard gauge hence the big driving wheels so these little NG engines are a poor substitute. Put a Monogram/Ertl “General” in 1/25th next to it and you’ll see the difference. 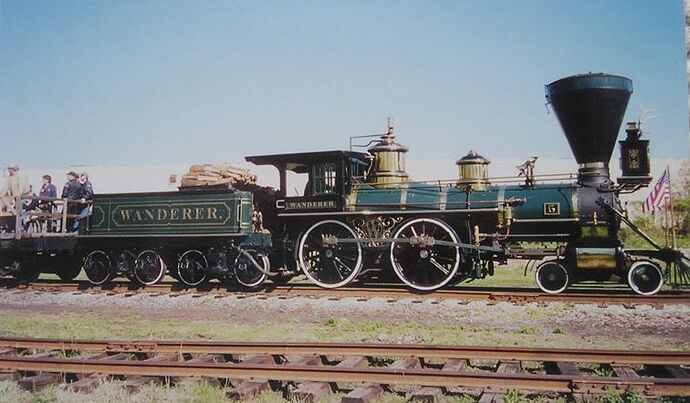 I asked Tim and he said it was donated. Some guy brought it in after he couldn’t give it away at a sale. We don’t know how it got damaged.

I did forget that the front of the museum 4-4-0 was actually swapped for a 4-6-0 pilot, as the original was damaged and there was no pilot truck… 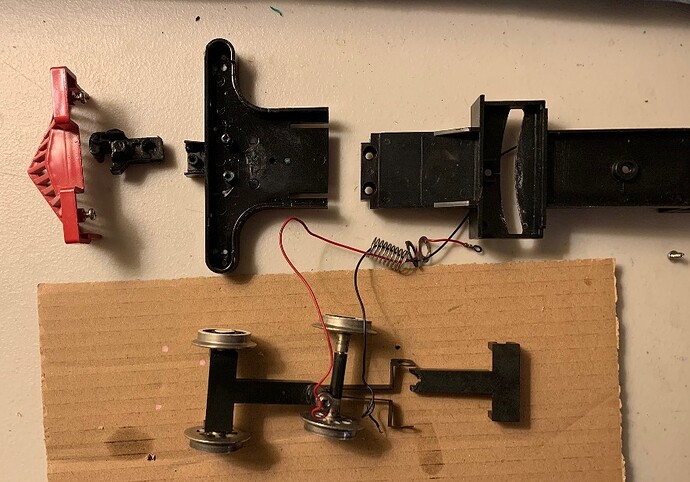 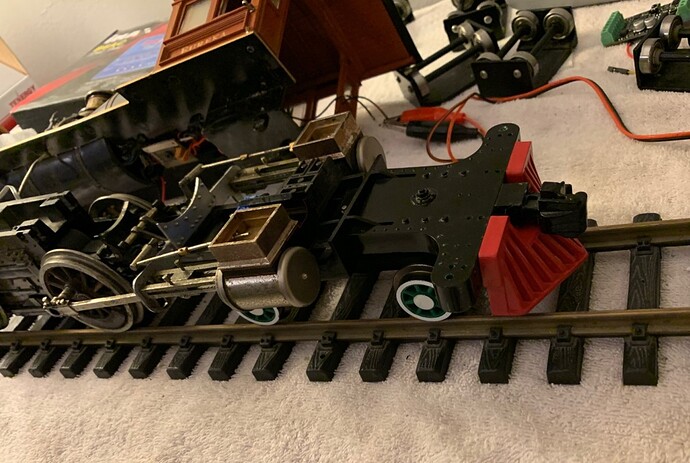 And I finally finished installing the sound card. The foamcore had to be trimmed to clear the front of the tender body, but it all seems to work. 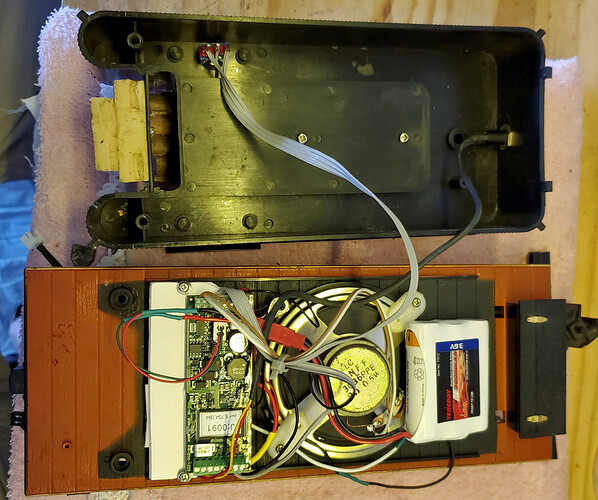 Moving back to our Eureka, I finished installing and testing the sound card. The volume control works - the cables weren’t properly in the terminals, and someone made a space in the toolbox for the switch. The other cable is the programming plug.

Some of the foamcore at the front had to be cut before it would clear the tender body. Once I had the body on, I placed it with the loco chassis to measure the drawbar. Adding the dome parts loosely gave me another photo-op:

We’re also working on the rear footboard. I found an old Davenport one that had broken off (why does Bachmann attach footboards with scale-size bits of plastic? They break instantly.) It should work now that I put a knuckle coupler on the tender.

And finally, the drawbar had to be re-engineered, as someone had broken off the pin on the tender pcb and also the screwed-on drawbar. As Tim had to buy new trucks with couplers, the front had the coupler tongue, so I drilled a hole in it. Then I constructed a short drawbar from brass, and drilled and tapped an M2.5 hole in the chassis. Here it is all bolted together with a spring to keep the drawbar where it is supposed to be.

The cable in front is from the chuff trigger. I had read several comments saying the fitted wipers on the back axle aren’t very good - dropped chuffs being the first problem. That’s what I experienced while testing. Despite cleaning the chuff drum and fingers, it hasn’t improved.

Tim has just about finished the locomotive, so it will be for sale next week. I have one prospect and otherwise it goes on eBay.

Here’s a couple of photos of the finished article: 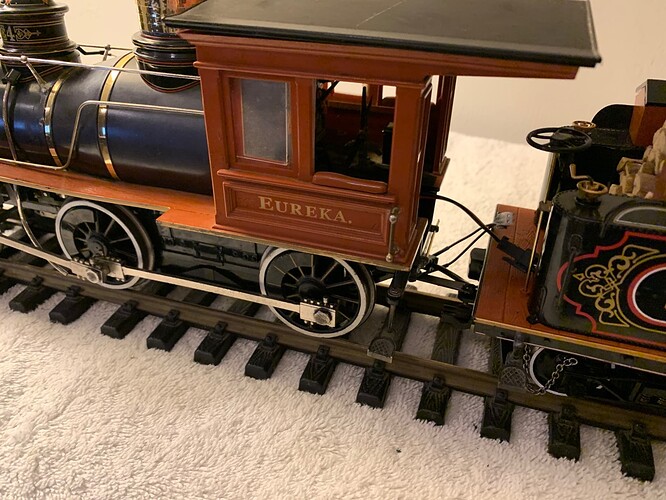 Wow, Pete! What a transformation!

I think you are fibbing to us. You went out and found a new one. . . That came out great Pete. Its a brand new machine.

If you don’t have a hole in your head you can do a lot…well, though it sure appears you CAN do a lot with a hole as well…(NOW I’m so confused!)

You went out and found a new one.

I had to go back and look at how you guys did the brass bans and the brass domes and stacks. They came out awesome looking and I have never found a satisfactory way to get that ultra shiny look. Paint just never quite cuts it even the gold leaf stuff which is delicate and clear coat ruins it. So that Mylar looks great. Can you expound on that like where you acquired it and how thick of a product it is. I have considered all sorts of methods to brass leaf which I have never done and the gold vinyl but it is a bit to thick for my taste although it is what I was going to settle on. But Mylar I know tends to be pretty thin. Is is a adhesive backed product?.

This is Tim in Fort Myers…Regarding the BrightBrassLooking dome and bands…I use Mylar graphic tape which I purchase on Amazon. One brand I use is CHARTPAK…You can search for Gold Mylar Tape on Amazon. I have it in 1/16-inch, 1/8-inch, and 1-inch wide rolls. Less than $10 per roll and there are many feet on each roll. It has a sticky back (peels off the roll just like strong scotch tape). It is extremely thin…Imagine the old days of cassette tapes or VHS tapes…It is the same strong stuff and same thickness. NOTE: ONLY the 1-inch wide tape actually has a cover over the adhesive side, so you can take that off roll and handle/trim/cut it until time to actually apply…then just peel off the backing. Hope this helps. I prepare the surface by making sure it is clean and smooth. The tape goes on like pinstripe tape for a car. Instant adhesion. I also have it in white and it comes in many other colors.

Neat idea to use the Chartpak tape!

Thanks for the tip on the Mylar. I will for sure be picking some of that up. It sounds like just the ticket I have been looking for to get a nice polished brass look that paint just doesn’t give and vinyl is just to thick for.